Do You Really Need the Delta SkyMiles Reserve Card? A Review
Skip to content

Among the suite of Delta co-branded credit cards, the Delta SkyMiles® Reserve American Express Card is the top dog – and that alone convinces many loyal Delta flyers they need it. It unlocks a big SkyMiles bonus, an annual companion certificate, and even Delta Sky Club access.

There's no denying Delta's Reserve card comes with more perks than any other Delta credit card. But that doesn't mean the Delta SkyMiles Reserve Card is right for you – even if you're on the hunt for a top-of-the-line travel card.

Believe it or not, we think most travelers are better off skipping the Delta SkyMiles Reserve card altogether. While it will make sense for some diehard Delta flyers chasing Delta Medallion status, there are better options out there for the vast majority of travelers.

Related reading: The 7 Best Delta Credit Cards for Travelers in 2022

The Basics of the Delta SkyMiles® Reserve American Express Card

There's no question the Delta Reserve Card brings a lot to the table. Here's a full look:

Who Should Get the Delta SkyMiles Reserve Card? Status Chasers

The real value of the Delta Reserve Card is to level up in the chase for Delta Medallion status. But it's not enough to fly a lot – you'll have to spend a lot, too.

And that's why we think most travelers are better off being elite status free agents. Chasing elite status is rarely worth it unless if you spend a ton of time on planes – preferably on your employer's dime. And it only really pays off as you climb to top-tier status levels.

As with all airline status, you need to fly and spend to earn status with Delta. First, you need to rack up lots of Medallion Qualifying Miles (MQMs) or Medallion Qualifying Segments (MQSs), flying 75,000 miles a year to get to Delta Platinum status or 125,000 MQMs to hit top-tier Delta Diamond. That is a lot of miles. Beyond that, you also need to earn at least $9,000 MQDs by spending on Delta flights to earn Platinum.

Delta offers an MQD Waiver for flyers who spend at least $25,000 a year on their Delta Amex Card – but to hit Delta Diamond, you'll need to spend a whopping $250,000 on the card. Ouch.

That's almost enough to spend your way to Platinum Medallion Status in 2021 without taking a single flight, as you'd earn 60,000 MQMs and the MQD waiver with all that spending. Get 15,000 MQMs more throughout the year and you'll earn Platinum status all the way through January 2024. Plus, Delta has made that easier by allowing even award tickets booked with SkyMiles to earn toward Delta status.

All this making your head spin? Not following how to earn Delta status or why all this matters? Then the Delta Reserve Card is not for you.

There's no question that Delta Platinum Medallion Status can be quite nice. You'll get more frequent upgrades than Delta Silver and Gold flyers – though these days, even that's no sure thing as the ranks of Medallion Status members are bloated after several extensions and promotions. Other perks include immediate access to Comfort Plus seats, your pick of one Delta choice benefit, and other perks.

But do you really fly enough to make use of those perks? Is it worth spending $120,000 on one single card, foregoing bigger (and better) bonuses on other travel credit cards? Unless if you're a true Delta road warrior spending tens of thousands of dollars a month, the answer is probably no. And if you are flying and spending that much, odds are you can earn Delta status organically.

All that means you should look past the Delta SkyMiles Reserve Card – especially if you're primarily looking to get into the Delta Sky Club and other airport lounges.

On paper, flyers gravitate toward one perk in particular on the Reserve Card: Complimentary space-available upgrades to First Class and Delta Comfort Plus – even if you don't have Delta status. Who doesn't want a free upgrade to the front of the plane?

We hate to break it to you: In practice, that's not going to happen. You need to put the emphasis on the words “space-available” on this perk.

Delta determines its Medallion upgrade order based on a series of factors. And while holding the Reserve card can be a decent tiebreaker if you've got Medallion status, it will almost never be enough to secure you an upgrade to first class on its own – especially as travel surges back to 2019 levels and planes fill up.

Here's the hierarchy of who gets first dibs on a free upgrade: 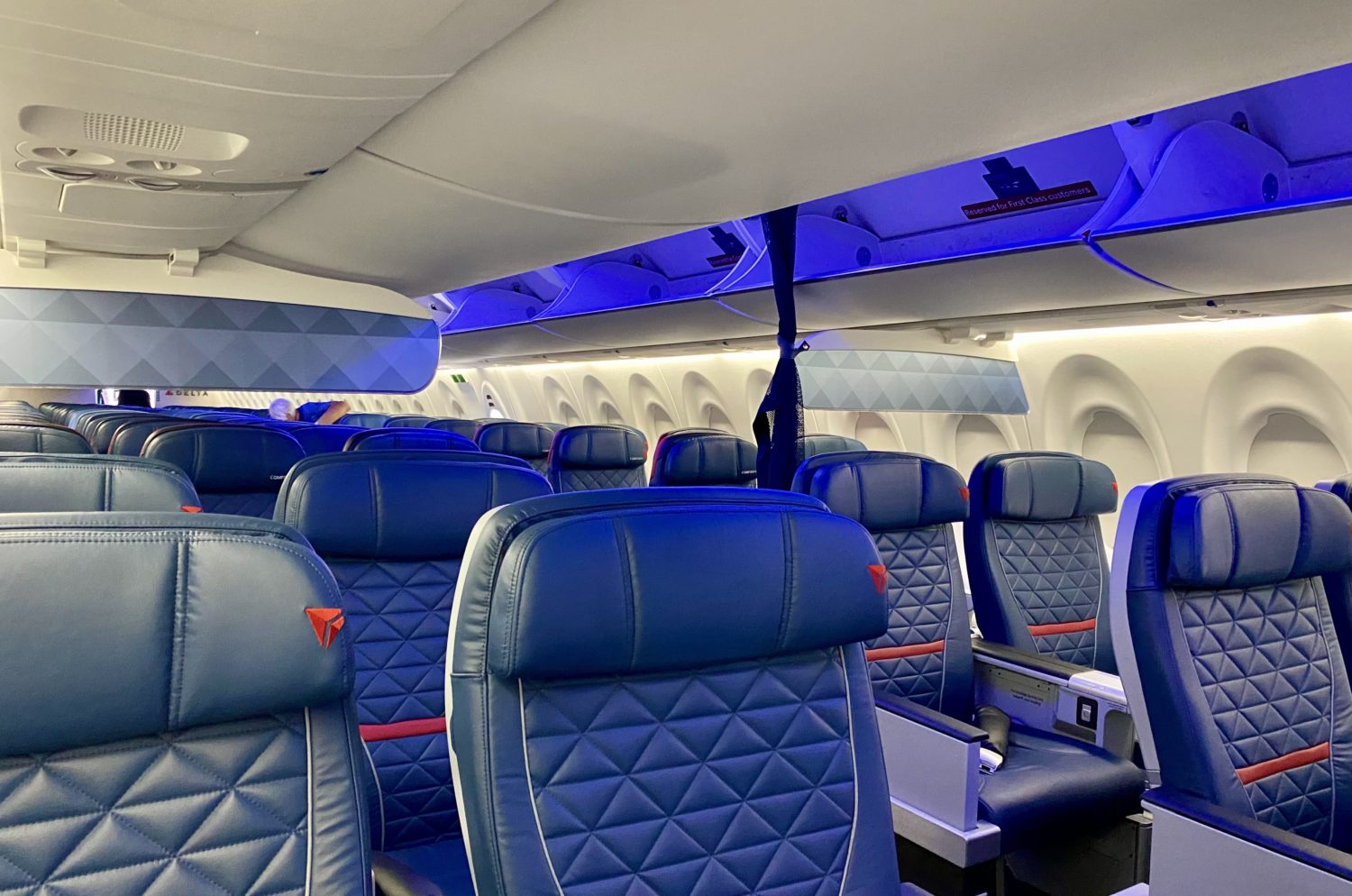 Those factors all make it highly, highly unlikely you'll score a first class upgrade with a Reserve card alone. What's more, Delta is increasingly selling these first class seats to paying customers rather than holding them for complimentary upgrades. That has made it hard for even top Delta elites with a Reserve card to count on a complimentary upgrade.

Read more: Why Free Upgrades Are Getting Harder & Harder on Delta

Other Delta travelers gravitate toward the Reserve card because it's a major pathway to getting into the Delta Sky Club.

There's no question that Sky Club access is nice. Some Delta lounges are better than others, but it's a nice place to relax with free food and drinks before your flight. 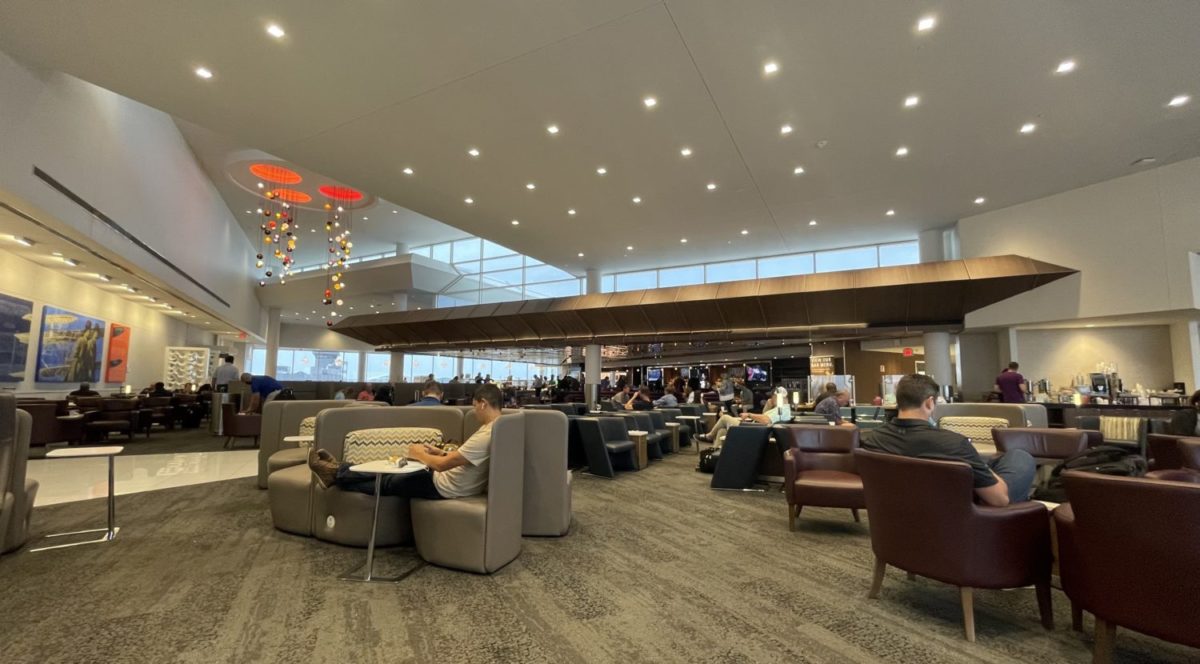 Read our full guide to getting into the Delta Sky Club!

Sure, the Delta Reserve Card can get you into the Sky Club. There's a bit of a sweetener: You also get two free, one-time guest passes for the Sky Club to bring in a friend or family member. After that, you'll have to pay $39 each for up to two guests at a time.

But this isn't the only way to get into the Sky Club. In fact, we'd argue there's a much better way.

Grab the Platinum Card from American Express Instead

Nine out of the 10 travelers we talk to who think they need a Delta SkyMiles Reserve Card would be better off with a different travel card. And Delta's name isn't on it. 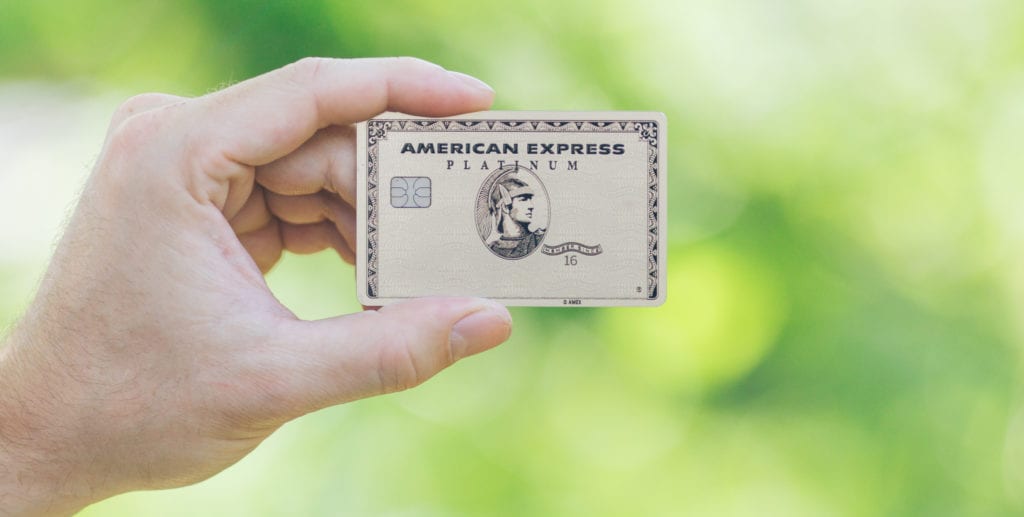 Let's compare the two cards to show you why one is the clear winner.

Last year, Delta and American Express added new benefits to the Delta SkyMiles Reserve card while also increasing the annual fee to $550 each year. Those changes included access to the American Express Centurion Lounge, adding up to a $100 credit to pay for either Global Entry or TSA PreCheck, and a few more.

But with that annual fee increase, it now costs just $155 less out of pocket as the Platinum Card® from American Express which has an annual fee of $695 (see rates & fees)…and comes with even more travel perks, whether you're flying Delta or another airline. So unless you're chasing the highest levels of Delta elite status and the Reserve card can help you get there, the non-Delta Platinum Card is a much wiser choice.

When it comes to lounge access, no card can match what the Platinum Card offers. You'll get the same complimentary Delta Sky Club access, getting you in for free and up to two guests at $39 each. You can get into the American Express Centurion Lounge no matter which airline you're flying – plus bring two guests free (at least until early 2023). And you'll also get a complimentary membership to Priority Pass – opening the doors to thousands of additional lounges across the globe for you and up to two guests.

You'll also get a ton of additional credits like up to $100 each year to spend at Sak's Fifth Avenue, and up to $200 each year to use at Uber or on Uber Eats Food Delivery, up to $200 in Amex airline fee credits, up to $200 toward hotels booked through Amex travel (a minimum two-night stay is required for Hotel collection bookings), an up to $189 annual CLEAR credit, up to a $240 digital entertainment credit, up to a $300 Equinox gym credit, and more.

Simply put: Other than building towards Delta status, you'll get much more out of the Platinum Card for a similar annual fee. Make sure to read our full comparison of the Delta Reserve vs Amex Platinum Card.

And here's the kicker: The card earns American Express Membership Rewards points, which can be transferred directly into your Delta SkyMiles account. They can also be transferred to 20 other airlines and used for other redemptions, making them even more valuable than SkyMiles.

If you want to avoid paying baggage fees on Delta, you'd be much better holding both the Platinum Card and the Delta SkyMiles® Gold American Express Card to get those free bags.

If you don't fly or spend enough to get a meaningful level of Delta Medallion elite status, skip the Reserve card. You'll be better served by a lower-tier Delta card. And if you are willing to pay a $550 annual fee, consider the Platinum Card from American Express which costs $695, but provides way more in terms of benefits.