Delta Does it Again: Another Massive Hike for Many Partner Awards
Skip to content

Back in October, we broke the news that Delta increased award rates by 25-40% or more for some of these partner redemptions: A one-way economy flight to Europe jumped from 25,000 SkyMiles to 35,000 SkyMiles, while a business class flight on Air France and KLM went from 75,000 SkyMiles to 95,000 SkyMiles. There were increases when flying partner airlines to Asia and elsewhere, too.

One Mile at a Time was the first to report that Delta has once again increased business class partner redemption rates. A one-way flight to Europe in business class now costs 120,000 SkyMiles flying with Air France, KLM, or Virgin Atlantic.

The same is true flying airlines like Korean Air or China Airlines to Seoul (ICN) or Taipei (TPE), respectively. And if you're flying economy to Asia, the price shot up, too – from 32,500 SkyMiles last summer to 50,000 SkyMiles for a one-way trip today.

Some of those rates look more like roundtrip pricing than one-way flights. For reference, you can book roundtrip business class to Europe with United or American miles for roughly the same cost as a one-way flight with these new Delta award rates.

Spelling out the scope of these new rates to fly business class using SkyMiles is just brutal.

There are also some increases if you fly one of these airlines to connect onward to a different region – say, flying Korean Airlines from the U.S. to Southeast Asia.

Why Does Delta Keep Doing This?

For years, booking business class with partner airlines has been one of the best ways to use Delta SkyMiles.

In a matter of months, the cost of some of those awards has jumped by as much as 60%. And Delta has done it in the middle of a pandemic, when most people have canceled flights and resorted to hoarding SkyMiles for their next big trip.

Delta has said little publicly about moves like these: “The price is the price” has been the line for years. But in an internal memo to employees obtained by Thrifty Traveler, Delta explained that it increased these award rates for partner redemptions to “be more in line with pricing for Delta products on those same routes.”

Indeed, this latest increase has put rates to fly partner carriers like Korean Air – once a bargain compared to using SkyMiles to actually fly Delta – much closer in line with Delta redemption rates. 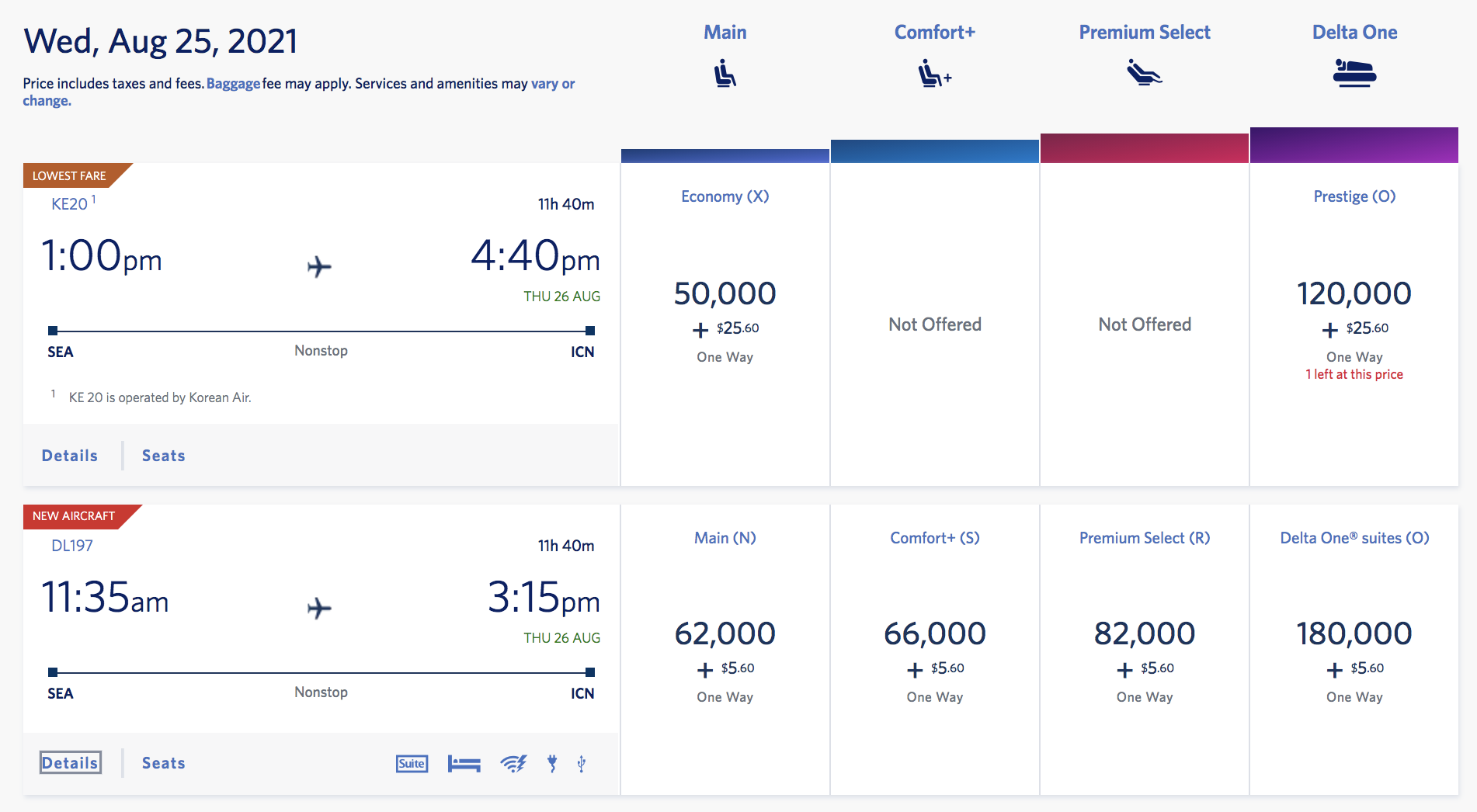 Of course, SkyMiles is no stranger to sudden devaluations like this. After eliminating its award chart years ago, loyal Delta flyers and SkyMiles haters alike have come to expect overnight changes and exorbitantly priced awards thanks to its dynamic award pricing. And given that unpredictability, there's no way to know whether these latest changes are permanent or temporary.

But with two back-to-back devaluations in just a few months, it's a gut punch to what little semblance of value and reliability SkyMiles still clung to.

With devaluation after devaluation – and not just from Delta – it's hard not to see a trend emerging as airlines chart a rocky course through the pandemic. Just a month ago, Virgin Atlantic destroyed its own sweet spot for booking Delta flights, though it eventually restored the reasonable rates to fly Delta business class to Europe.

Given Delta's track record, this should no longer come as a surprise. But the reliable (and reliably cheap) rates to book partner airlines has been a saving grace for SkyMiles. Along with frequent flash sales, it was a bright spot for SkyMiles – something you could trust in.

After two massive price increases in just three months, that trust is gone.