What to Expect When Traveling Through Hong Kong Airport
Skip to content
This post contains references to products from one or more of our advertisers. We may receive compensation when you click on links to those products. The content on this page is accurate as of the posting date; however, some of the offers mentioned may have expired. For more information check out our Advertising Disclosure.

It’s been one month since Hong Kong (HKG) airport was firmly in the world’s spotlight, as democratic protesters shut down the airport for two straight days, scrapping nearly all flights.

And while the focus may have shifted elsewhere, tensions are still high and protests continue. The potential for disruptions is enough to leave any traveler on edge or questioning their itinerary. Hong Kong is one of the busiest airports in the world, moving nearly 200,000 passengers every day throughout Asia – so even if Hong Kong isn’t your final destination, the airport can be unavoidable.

So what should you expect? And how can you prepare? Here are a few things to keep in mind.

The media spotlight might have waned, but protests are still in full-swing across Hong Kong.

They began months ago, aiming to block proposed extradition legislation. But protests have only grown as a demonstration against mainland China’s creeping influence over Hong Kong life as well as the police’s at-times brutal response to protesters. Hong Kong is a special administrative region of China, governed separately under the principle of “one country, two systems” that was put in place when Great Britain handed back its longtime colony to China in 1997.

Since the initial airport shutdown last month, authorities have taken steps to limit future disruptions. Law enforcement has increased security at the airport, ensuring only travelers with valid tickets and journalists are allowed to enter. Even bus and subway routes have been altered, according to the South China Morning Post. 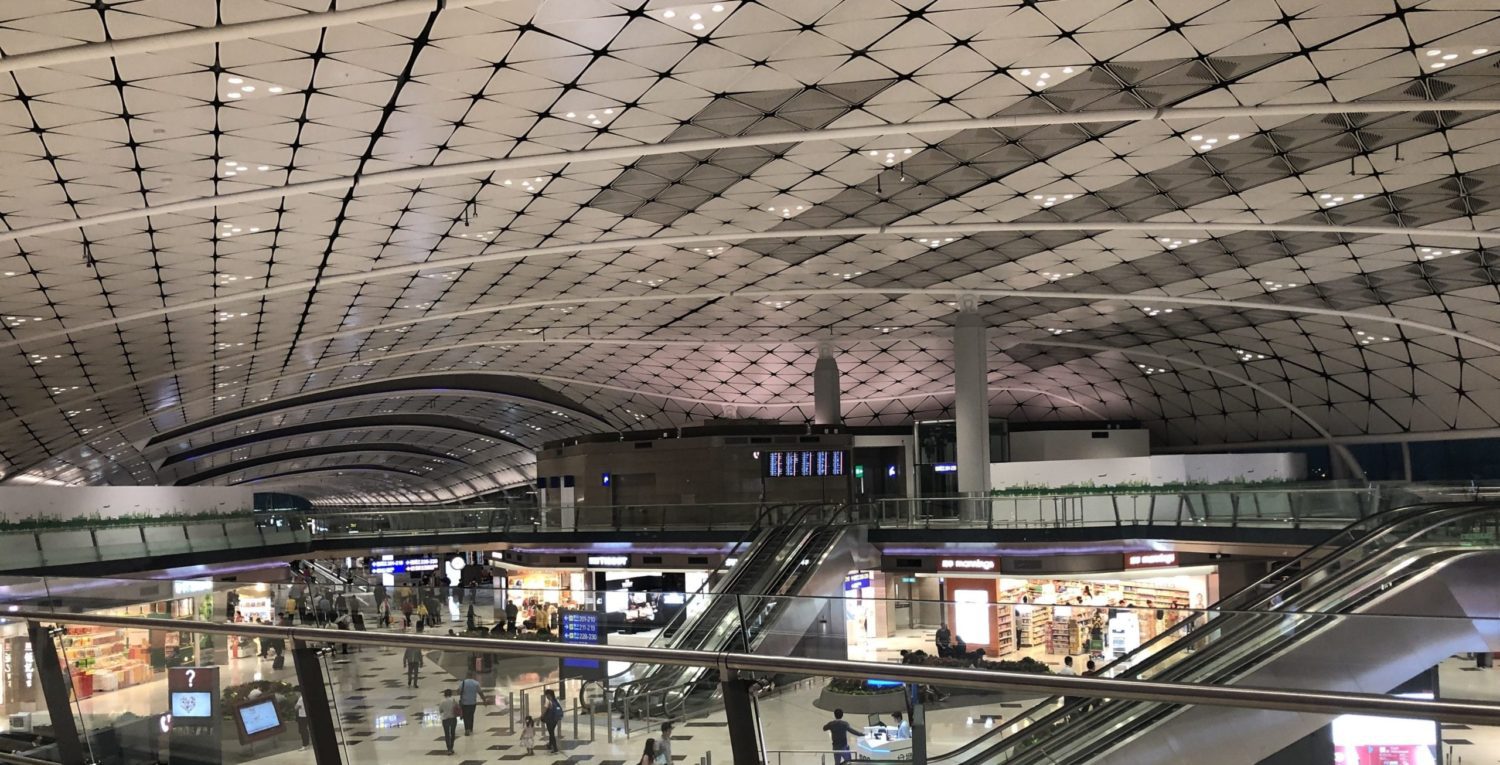 On a recent stop through Hong Kong, there were few signs of last month’s turmoil.

Mr. TT and I had a 10-hour connection in Hong Kong, en route from Hanoi (HAN) to Vancouver (VYR), during the middle of the week. After landing at Hong Kong, nothing seemed out of the ordinary – there were no protests, and it was business as usual.

After tracking the news in the days leading up to our flight, it seemed like the majority of large protests were taking place on the weekends. Given the focus on passengers entering the airport, it seems like the biggest impact of the heightened scrutiny would be on travelers departing Hong Kong directly. But that’s all speculation, and the situation could change quickly.

While protesters have largely been cleared out of the airport itself, demonstrations in the area are still expected.

It’s gotten harder to get to and from the airport, as access has been limited to closely monitor protests. If you’re in Hong Kong, give yourself plenty of time to get to the airport and be sure to double-check your route there.

Don’t be alarmed by large numbers of security personnel around the airport – including riot police. As they brace for another round of protests, law enforcement has occasionally added an extra layer of security outside the airport itself. And expect longer waits at security lines, too.

What to Do if Your Flights Get Canceled or Delayed

The protests seem to have slowed, but the political climate in Hong Kong is still unstable and unpredictable. The city remains on a Level 2 travel advisory from the U.S. State Department, which means travelers should exercise caution due to the political unrest.

If you’re flying to, or just through, Hong Kong in the next few months, it’s important to have a plan in place if your flight is affected.

In the event of flights delayed or canceled due to protests in Hong Kong, the airlines will accommodate you for all flights on the same itinerary – meaning they were booked together with a connection. If you have connecting flights after Hong Kong booked separately on a different airline, that airline may charge you a large fee to change your flight. But it never hurts to call and ask – or, better yet, send them a private message via social media.

Use a Credit Card with Travel Insurance and Delay Benefits

This situation calls for a credit card with travel insurance that will protect you when things go wrong. And the Chase Sapphire Preferred or Chase Sapphire Reserve fits the bill.

The Chase Sapphire Preferred will cover all costs of food and lodging incurred for a flight delayed more than 12 hours, and the Chase Sapphire Reserve will cover these expenses for a delay of six or more hours – up to $500 for each airline ticket.  Note that the tickets must have been at least partially purchased with the card, or booked using Chase Ultimate Rewards points.

It may seem like the worst of the disruptions have passed, but there’s no telling whether that’s true. If you’re flying through Hong Kong in the next few months, it pays to be prepared.

If you have a flight originating in Hong Kong, give yourself a lot of extra time to get to the airport and get through security. But the civil unrest doesn’t mean you should change your travel plans preemptively. It’s also possible that you’ll have zero issues.