Basic economy is the scourge of air travel. Airlines have continually rolled these out, touting the fares as giving travelers more choice and a lower price. In reality, they nickel and dime unaware customers and make the ride more uncomfortable in order to undercut low-cost carriers.

That’s starting to change. American Airlines announced Thursday it will soon allow basic economy customers to bring a carry-on. The change takes place for all flights starting Sept. 5, regardless of when you purchased your ticket. 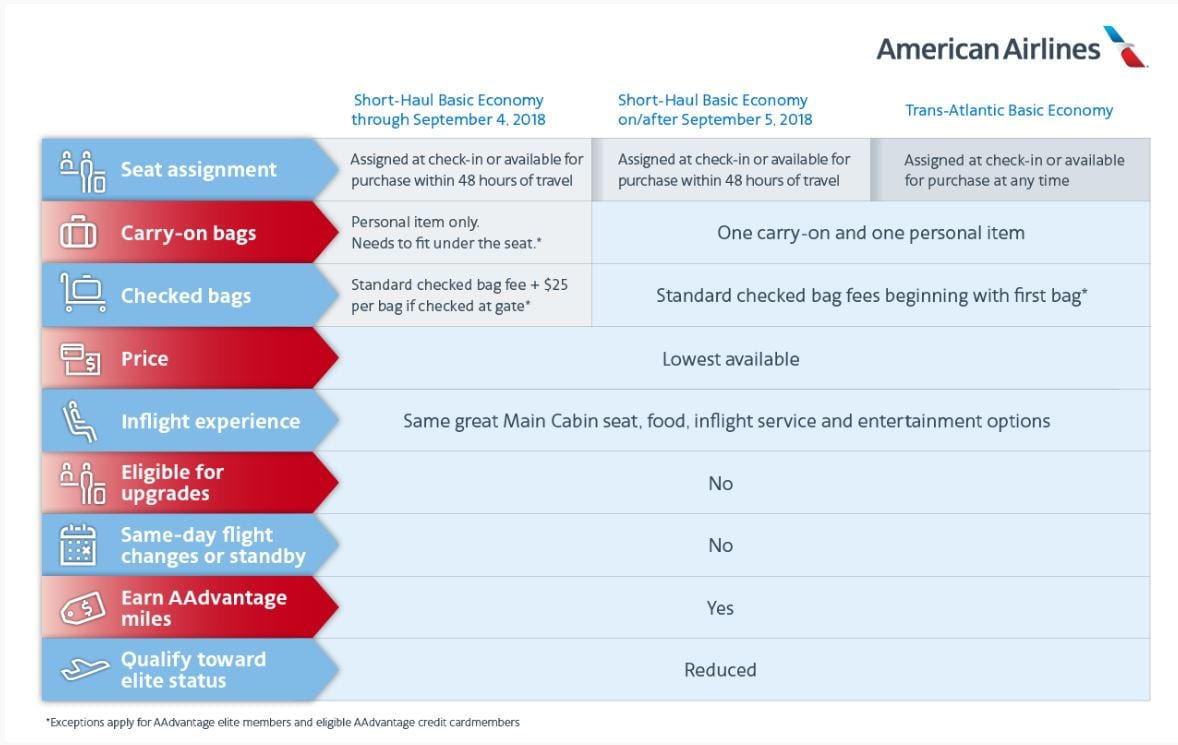 Putting itself in line with Delta is a smart move for American. The carry-on restriction has been among our least favorite parts of these fares. It’s why we generally don’t advertise basic economy flights (with the exception of Delta) here or on Thrifty Traveler Premium. Isom also made clear what the real motivation is for airlines in offering these bare-bones fares: Encouraging customers to pay more.

“Basic Economy is working well in the markets where we offer it, and we continue to see more than 60 percent of customers buy up to Main Cabin when offered a choice,” he said.

The carry-on restriction on basic economy fares was punitive, so we’re glad to see at least one more airline ditch it. This all but guarantees that Delta’s policy of allowing carry-on luggage will stick around. Even better, it’s tough to see United not following American’s lead here and allowing carry-ons, too.

By continuing to ban carry-ons on basic economy fares, United stands to lose business. There’s simply no reason to choose a United basic economy fare when American or Delta, with far more generous policies, are an option.

Even with this addition on American, there are still drastic limitations on basic economy that should make you think hard before booking one. You generally won’t get a seat assignment until check-in or at the gate. So you’re likely to get stuck in a middle seat. Even with airline status, upgrades aren’t possible. While airlines give you miles on basic economy fares, many do so at a reduced rate.

In short, basic economy fares are best for solo travelers and on short trips. And while basic economy spreads to international flights, we’d personally avoid it. Especially if you’re traveling with a companion.

Keep in mind that there’s an easy way to beat basic economy fares: Pick up an airline’s co-branded credit card.  You get a free checked bag and priority boarding regardless of your fare class. While the no-annual-fee cards like the American Airlines AAdvantage MileUp Card don’t come with those perks, their mid-level cards do. Those come with a $95-$99 annual fee that is waived in the first year.

It’s about time airlines started following Delta’s lead and allowed carry-ons in basic economy. While basic economy fares aren’t the right pick for everyone, this makes it a bit easier sell.