What Happens if My Airline Goes Bankrupt?
Skip to content

The list of airlines filing for bankruptcy (or something like it) amid the coronavirus pandemic is growing. And as airlines across the globe try to weather the deepest crisis they've ever faced – the world's biggest industry trade group expects airlines to lose $314 billion thanks to coronavirus – that list is all but certain to get longer. Not even airlines in the U.S. are safe.

But just because an airline files for bankruptcy doesn't mean it's going under. Here's what's at stake, and what to keep in mind as you hear that dreaded b-word going forward.

To many, bankruptcy is synonymous with going out of business. But not all bankruptcies are created equally.

When it comes to airlines, there are generally two types of bankruptcy: the bad kind, and the good (or not so bad) kind.

The airline industry is no stranger to bankruptcy – even in the U.S. Every major U.S. carrier has been through chapter 11 bankruptcy, and generally emerged stronger. United and Delta both filed for bankruptcy in the shadow of 9/11. American Airlines did the same in 2011. All three continued flying until they exited bankruptcy.

Other countries have different names for chapter 11 bankruptcy proceedings, but it works much the same. Virgin Australia has entered “voluntary administration.” Virgin Atlantic is reportedly considering the same.

In the past, struggling airlines made it out of bankruptcy by merging with a competitor: Delta and Northwest merged soon after their respective bankruptcies, as did United with Continental and American with U.S. Airways. It's unclear if more consolidation will come out of coronavirus, but your flights, vouchers, and miles will be safe if that's the case.

Bottom line: bankruptcy is not a death sentence for airlines. More airlines in the U.S. and abroad may file for bankruptcy in the coming months, but those proceedings typically have little (if any) impact on everyday flyers.

Yet it's clear not all airlines will survive the coronavirus crisis. Some small carriers have already vanished.

What About Your Flights, Vouchers, and Miles During Bankruptcy?

If your airline enters chapter 11 bankruptcy or voluntary administration, you generally don't have to worry – at least not immediately.

These processes take months, if not years, to play out. In the meantime, whatever tickets or vouchers for future travel you've got won't lose their value as the airline continues to fly while reorganizing.

The same is true for any stash of frequent flyer miles: Airlines' past bankruptcies show they'll avoid any drastic changes to their mileage programs – those miles are a powerful tool for keeping current customers loyal and winning over new flyers.

And in some cases, there's a degree of separation that protects you even more: Not all airlines actually own their mileage programs. Colombia's Avianca might be entering bankruptcy, but its popular Lifemiles program isn't affected whatsoever by that process because it's a separate entity. Confusing, right?

But is your airline on the brink of collapse? Well, that's a different story.

What if My Airline Collapses?

All bets are off.

While there may be signs of an airline's financial trouble, the end often comes fast. Budget carrier Primera Air collapsed overnight in 2018, halting flights immediately. The same was true for WOW Air in 2019.

Obviously, an airline going out of business means whatever flights you've got coming up aren't happening. If you can't get a refund directly from the airline, use a credit card chargeback to get your money back.

Thrifty Tip: Always book your flights with a credit card to book travel to ensure you can get your money back.

Any vouchers or credits you've got on an airline are likely worthless if that carrier collapses. But what about miles?

If your airline goes out of business (and doesn't have a separate mileage program), your miles will vanish with the airline. And unfortunately, booking an award ticket on a partner airline may not be the solution.

Let's say you're concerned about a stash of valuable Virgin Atlantic miles. That's understandable, given the airline's uncertain future. You could use those miles to book a Delta One suite or a round-trip flight in ANA first class – two of the best deals in the world of points and miles. 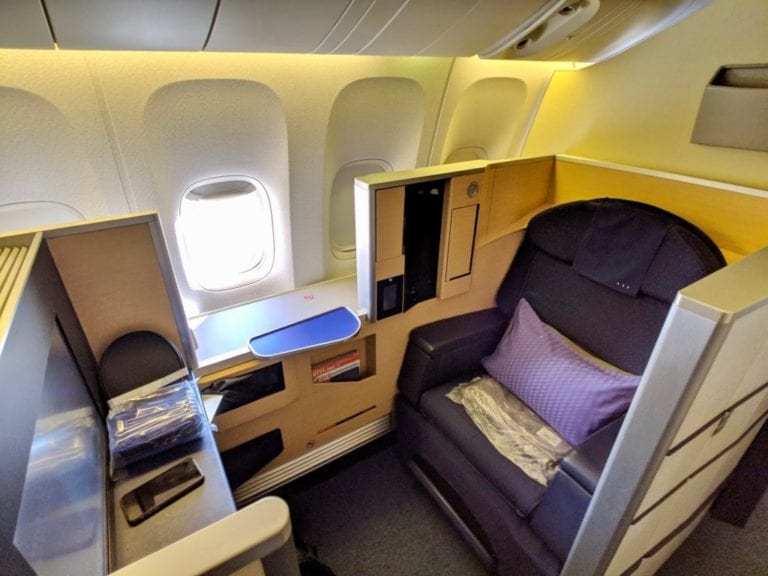 But just because you get your ticket before your miles disappear doesn't mean you'll still be able take that flight. There's no guarantee that your ticket will still be valid if the airline whose miles you booked with has gone out of business.

This is a difficult time for travelers and airlines alike. Expect to see more airlines enter bankruptcy as this continues to unfold.

Just don't assume that means the worst for you and your travel plans. Filing for bankruptcy and going out of business are not synonymous.