Another month, another expansion of the list of airlines that participate in TSA PreCheck.

The TSA announced Wednesday that Qatar Airways and Edelweiss Air had joined PreCheck, bringing the full list of TSA-approved airlines up to 67. That means passengers flying to the Middle East on the outstanding Qatar Airways from 10 U.S. cities like Chicago-O’Hare (ORD), Los Angeles (LAX), Washington, D.C.-Dulles (IAD), and more  can get a fast pass through security. The same is true for flyers heading to  Zurich (ZRH) on tiny Edelweiss Air.

It comes just over a month after TSA added nine airlines to the program. And that’s a reminder of a critical aspect of TSA PreCheck: It’s not a free pass into the shorter, easier security lines. It only works if the airline you’re flying with is part of TSA PreCheck. Scope out the full list of participating airlines on TSA’s website.

How PreCheck Works and How to Get It

Signing up for TSA PreCheck is simple and straightforward. You’ll fill out a quick application and pay the fee. From there you will head to a certified enrollment center for a short interview (bring your passport), fingerprinting and a photo. If everything checks out, you should get the OK within a week or two.

Your first time through the PreCheck lane, you’ll wonder why it took you so long to join the program. The security lines are often drastically shorter, but that’s only half of the benefit. You get to leave your shoes, a belt and a light jacket on while going through security. Your laptop and the carry-on approved liquids in your bag can also stay put as you put them through the baggage screeners. 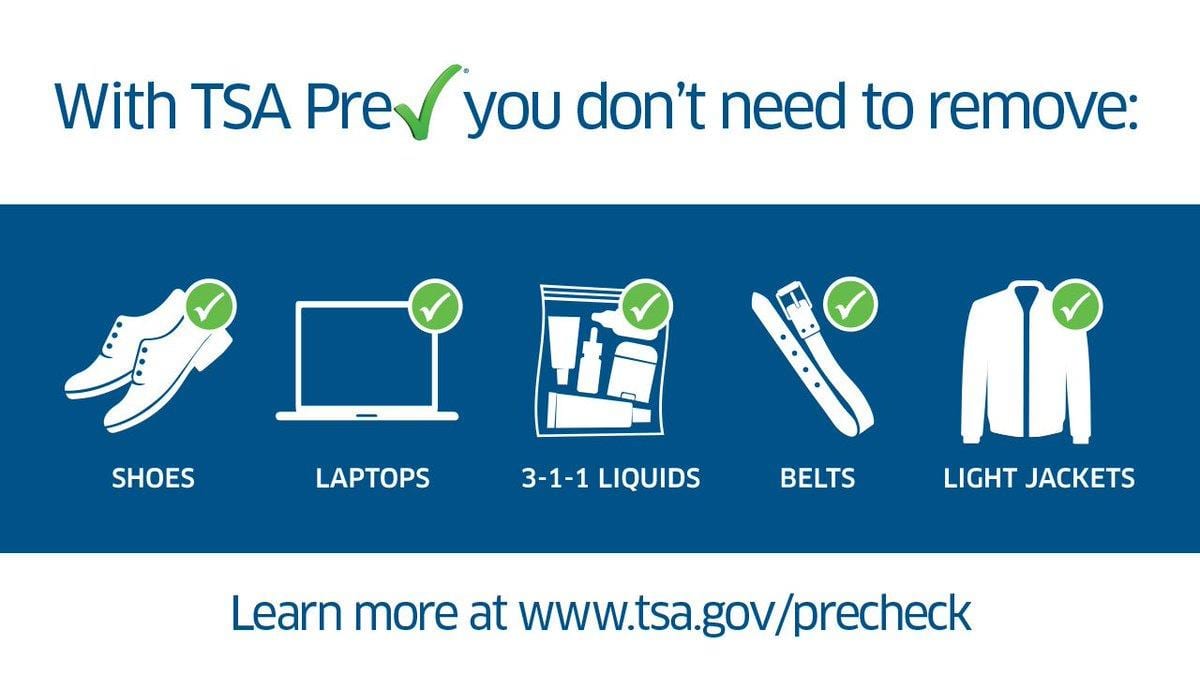 If you’re eager to get through security faster, you have a few options. Including a few ways to get signed up for free.

One route to get in the PreCheck lane is through Global Entry. Global Entry is a separate government program that helps you speed through immigration when you return to the United States. But it also comes with PreCheck. Read our post about the two programs to learn more.

Global Entry costs $100 for a five-year membership, while PreCheck costs $85 for the same period. That makes it an easy choice: Go for Global Entry. The good news is that a growing number of credit cards will reimburse you for your Global Entry or PreCheck application fee.

That includes the Capital One Venture card, Chase Sapphire Reserve, American Express Platinum Card, Citi Prestige Card and the PenFed Pathfinder Rewards Card, which has no annual fee. For more information on these cards, check out our Top Credit Cards page.

TSA PreCheck can feel truly invaluable, but you have to be flying on a participating airline for it to work. Adding it to a great airline like Qatar Airways – with plenty of flights to and from the U.S. – makes sense.