More than a year ago, Capital One announced its plans to open its very first branded airport lounge at Washington, D.C.-Dulles (IAD). As the lounge wars between travel credit card issuers heat up post-pandemic, Capital One's plans for lounges have only grown.

The bank behind the popular Capital One Venture Rewards Credit Card is now planning not one but three lounges, with the first set to open later this fall and two more coming online sometime in 2022. It's going head to head with not just American Express and its stellar Centurion Lounges but also Chase, which is eyeing its first Sapphire Lounge in Boston (BOS).

But where can travelers find these upcoming Capital One Lounges, and what should they expect inside? Plus, who can get in?

Where Will Capital One Lounges Be Located?

So far, Capital One has laid out its plans to open three lounges at popular U.S. airports. And the credit card company hasn't ruled out adding more.

Here's a look at what's on tap.

Capital One's first airport lounge to open will be in Dallas-Fort Worth (DFW), one of the nation's largest airports.

The 10,000-square-foot lounge will be located just outside Gate D22, not far from the Dallas American Express Centurion Lounge. It's expected to open sometime in fall 2021. Capital One only recently announced its plans to open another lounge in Denver (DEN).

The Denver location will be in Concourse A, which is home to American, Delta, Frontier, and a handful of other, smaller airlines. But all the Denver concourses are connected by tram, so anyone should be able to easily get there. Plans for the Denver Capital One Lounge call for an 11,200 square foot space set to open sometime in 2022.

Capital One is headquartered just a short drive away from Dulles, so it's natural this was their first landing spot for a brand new lounge.

It was announced way back in early 2020, though it won't open until sometime in “mid-2022.” The Capital One Dulles lounge will be located in the main terminal, though the company hasn't shed any light on its size just yet.

What's Inside Capital One Lounges?

None of these lounges will open for months yet, but Capital One is talking up a big game for what's in store for travelers.

For starters, these lounges should handle the basics quite well. They're operated by Plaza Premium, a company known for its far-better-than-average lounges around the globe.

At 10,000 square feet or more, each Capital One lounge will offer ample seating, dedicated workspaces and quiet rooms, and of course, free Wi-Fi throughout.

There will even be dedicated spaces for families, with special seating for kids.

Food and drinks will clearly be an emphasis of these new lounges. At both its Denver and Dallas outposts, Capital One is planning menus with tie-ins to local chefs, breweries, bars, and cafes. In Denver, they'll have craft cocktails and beers on tap as well as an espresso bar with La Colombe cold brew on tap. 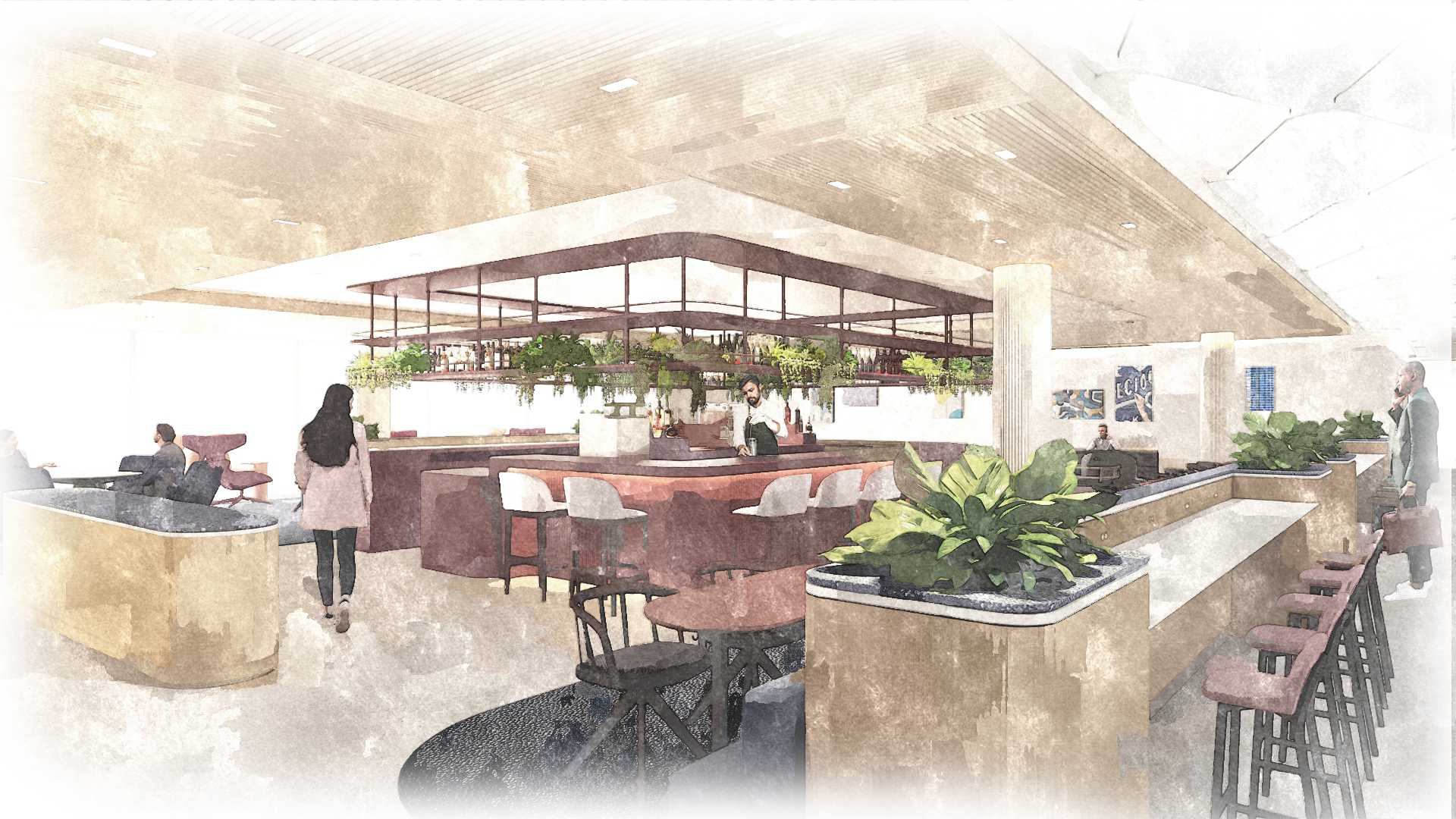 Food options should include both plated meals and small bites as well as a dedicated grab and go section for travelers to snag something to eat before heading to their flight. And then there are other special amenities you won't find in many other lounges – or anywhere, for that matter. For example, Capital One will offer storage lockers at its lounges to stow away a carry-on bag or other luggage. There are shower suites planned in both Denver and Dallas. The Dallas lounge will even have a dedicated cycling and yoga room, including Peloton bikes available for a quick ride during layovers.

How to Get into Capital One Lounges?

This is the big question.

So far, Capital One hasn't answered many questions about accessing these brand new lounges once they're open. Will everyone have to pay to get in? Will Capital One Venture Rewards Credit Card holders or other Capital One cards get in for free? Or will they have to pay, too? Or is a new, premium travel card from Capital One on the way that will come with complimentary lounge access?

So far, there are more questions than answers. But here's what we know.

All we've got right now is some artist's renderings and some bullet points on press releases, but these Capital One lounges sure look promising.

There are still major questions about access and who can get in. But stay tuned for more details as the first of these three (and counting) planned lounges is set to open in the coming months.

All photos courtesy of Capital One.