Don't Be Afraid of Flying with Foreign Airlines
Skip to content

No matter how much they complain about less legroom and growing fees, the typical U.S. flyer will probably pick a major domestic carrier over an airline from abroad.

International carriers excel for a number of reasons and should not go overlooked when considering your next trip. From the legroom to the meals to the inflight service, you’ll often get a much better experience than with carriers based here in the U.S.

So while it may be comfortable to stick with American, Delta, or United Airlines for your trip abroad, you could be missing out on a much better experience with a foreign airline you haven’t flown before. And that’s true whether you’re in economy or at the front of the plane.

The Rest of the World Does it Better

Get your scrolling finger ready to find the top-ranked U.S. airline. SkyTrax’s annual rankings put Delta at #30 and Jetblue at #32. Southwest followed both at #39. Keep scrolling to find United Airlines at #60 – and American way down at #76.

Meanwhile, Qatar Airways took the #1 spot in the same survey for another year running. Singapore Airlines, All Nippon Airways (ANA), Emirates, and Japan Airlines (JAL) rounded out the top five.

Let’s be clear: These ratings are not definitive. They’re culled from thousands of traveler surveys, and every travel company and rating agency handles them differently. Moreover, SkyTrax is a massive consulting agency, leading some to question whether they give better ratings to their clients.

Still, these results largely square with other services like TripAdvisor, AirlineRatings and more. Heck, the Thrifty Traveler team has flown every airline in the top 10 – many in both economy and business class. And we’d almost always go out of our way to fly with one of these top foreign carriers than their U.S. competitors.

In general, full-service airlines from Asia and the Middle East get the highest marks from travelers. Airlines like Singapore Air, Qatar Airways, ANA, and Emirates all have a well-earned reputation for impeccable service and constantly innovating their cabins to make your flight better. In short, they’re some of the best airlines in the world for a reason.

That’s a mixed bag with the major U.S. airlines. While Delta, United and American Airlines have put big bucks into their business class cabins over the last five years, economy seats have gotten slimmer. AA and United have both crammed more seats per row in their long-haul aircraft. That includes the nine-across configuration on the Boeing 787s both airlines use for their longest flights. Only Delta has resisted the allure of putting 10 seats across on their Boeing 777s … and then it retired those planes when the pandemic hit. 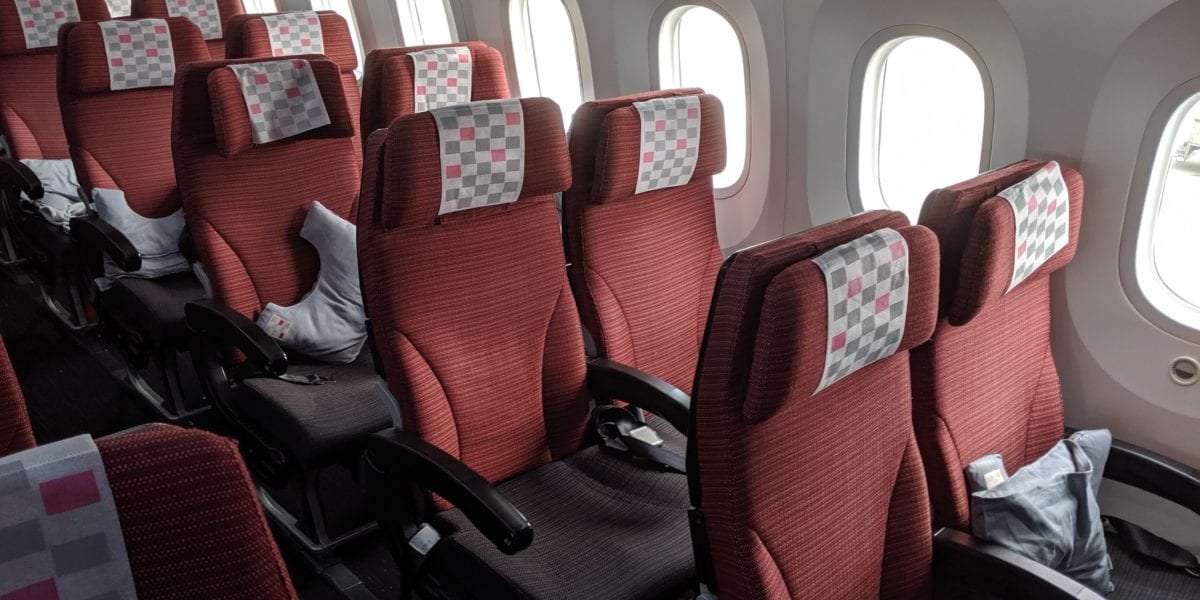 Let’s look at Japan Airlines for a different way of doing it. Even flying economy, you’re likely to have a much better experience on long-haul flights that puts American or United to shame. On their Boeing 787s, they put just eight seats in a row – giving you far more shoulder room. They’re more generous with legroom than U.S. airlines, too.

From the comfort of the seats to the over-the-top service to the remarkable tasty cuisine, this Asian carrier is just one example of what traveling on a foreign carrier can be like.

Read more: Why Japan Airlines Economy is One of the Best Ways to Cross the Pacific

International Service Goes Above and Beyond

It varies from airline to airlines – and from crew to crew, too. Even on the best airlines, service can be hit or miss.

But done right, the difference between service on major international carriers and those in the U.S. is stark. It’s baked into the culture of these marquee foreign airlines. They’re representing their home countries and a reputation for luxury.

Whether it’s an extremely friendly greeting or a hot towel to prepare for your meal – in economy or first class. There’s an attention to detail and eagerness to help that often missing from U.S. carriers.

U.S. airlines have been forced to be far more flexibile when it comes to plane tickets, doing away with change fees… for good. So long as you buy at least a main cabin economy fare, you can change or cancel that ticket and get a voucher.

The same is true with airlines overseas – and some have gone even farther.

Take, for example, Qatar Airways. The Middle Eastern carrier isn’t just doling out vouchers if you need to cancel a flight. For travel through the end of September 2022, you can cancel almost any Qatar Airways flight and get a full refund. That’s unparalleled. 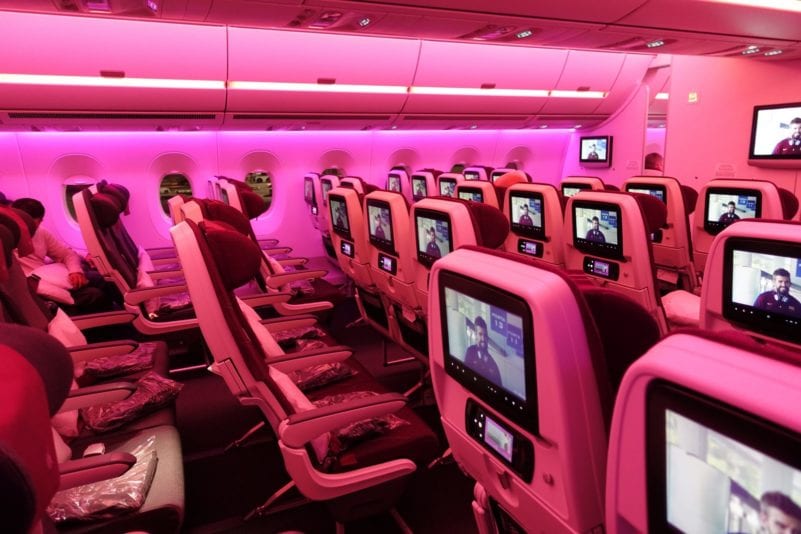 Even on the most basic of fares on most European carriers, they still are waiving change fees for international routes. Aer Lingus, Icelandair, and Scandinavian Airlines and others all continue to support this change-for-free waiver policy. Compared to U.S. airlines, which require you to avoid their cheapest basic economy fares in order to get free change and cancellation.

Read more: You Can Still Get Free Cancellation on Flights … If You Pay for It

With travel still clouded by uncertainty, it could still make sense to focus on flying with U.S. carriers for now. That way, if you need to cancel a flight, you’ll have a much easier time rebooking a new trip within the U.S. with your vouchers – not trying to put a foreign airlines’ credits to use.

Want to visit two countries for the price of one? Foreign airlines excel with offering stopovers – often for free!

No airline has mastered the art of giving travelers stopovers more than Icelandair. For many years, Icelandair has offered this option to travelers, giving them the ability to stopover in Reykjavik (KEF) for up to seven days en route to mainland Europe – or back to the U.S.. The best part is, it’s free! 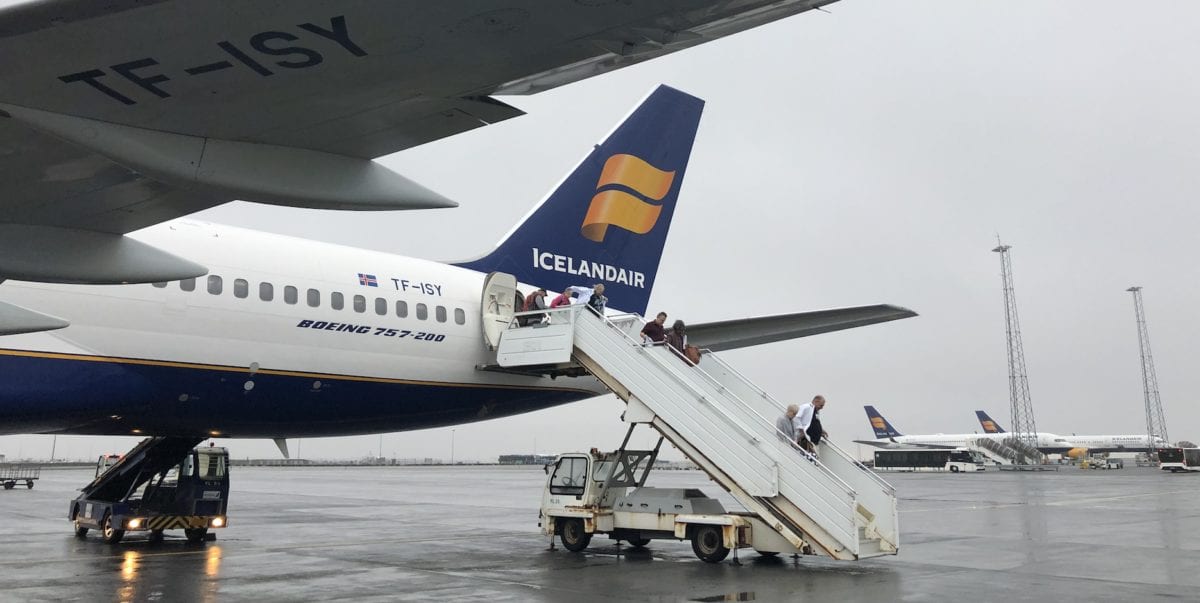 Read our guide to booking an Icelandair stopover!

Similar to Icelandair, Turkish Airways gives their customers the option to extend their trip by exploring Istanbul at no extra cost no matter where their final destination may be. And while not free, Singapore Airlines has a pretty incredible stopover option: If travelers are booking an award ticket in business class, they have the option to add a destination in Asia for only $100 and continue their journey with another business class flight!

Adding a stopover destination to your next vacation for free – or close to it – can be one of the most valuable tools to affordably explore more of the world. And it’s just not an option flying with major U.S. carriers.

The tragic airline crashes or disappearances in the last 10 years stick with us. So we can’t blame you if you’re concerned about your safety with an airline you don’t know. However, you shouldn’t fret. The federal government ensures that all airlines that arrive on and depart its shores are safe.

In order for flights to operate in and out of the U.S., the Federal Aviation Administration requires a Category 1 safety rating. In English: If an airline doesn’t have a sterling safety record, strong regulatory oversight in their home country and safety precautions, they’re not allowed to fly to the U.S.

Maybe you’re worried about earning miles on foreign airlines. No one wants a few hundred or thousand miles on an airline they may never fly again. Luckily, this isn’t an issue.

Airline alliances and joint ventures allow you to decide where you want to deposit the miles on a given flight. So for example, you could credit the miles from your Air France/KLM flight to your Delta SkyMiles account. You may not want EVA Air miles, but a flight on that airline can help boost your United MileagePlus balance. The same is true with earning status – and often, it’s even more advantageous to fly partner airlines.

Individual airlines set their own rules for how this earning structure changes based on what partner airline you fly. And that’s a complicated topic for another post. Unless you’re flying a budget airline, odds are you have plenty of options to pool the miles you’ll earn elsewhere.

Use tools like Wheretocredit.com to discover the best option to credit your mileage from your flights.

In life, it’s easy to stick with what you know, and that holds true with airlines as well.

But you shouldn’t be scared off by foreign airlines when you’re planning your next big international trip. Do your research and take a chance. You may just come home with a new favorite airline.