¡Viva España! With Flights Under $300, Spain has Never Been Cheaper
Skip to content
This post contains references to products from one or more of our advertisers. We may receive compensation when you click on links to those products. The content on this page is accurate as of the posting date; however, some of the offers mentioned may have expired. For more information check out our Advertising Disclosure.

It can be cheaper to fly to Spain and back than booking a round-trip to Las Vegas or New York City. We’re not joking. How cheap? How about under $250 for a round-trip ticket on a major airline.

And this isn’t some one-off thing. The great deals on flights to both Madrid and Barcelona are relentless. We’ve sent Thrifty Traveler Premium subscribers 25 flight deals to Spain in the first five months of 2019 alone – nearly all of them for under $300 round-trip. It’s easily the cheapest and most reliable way to get to Europe right now. 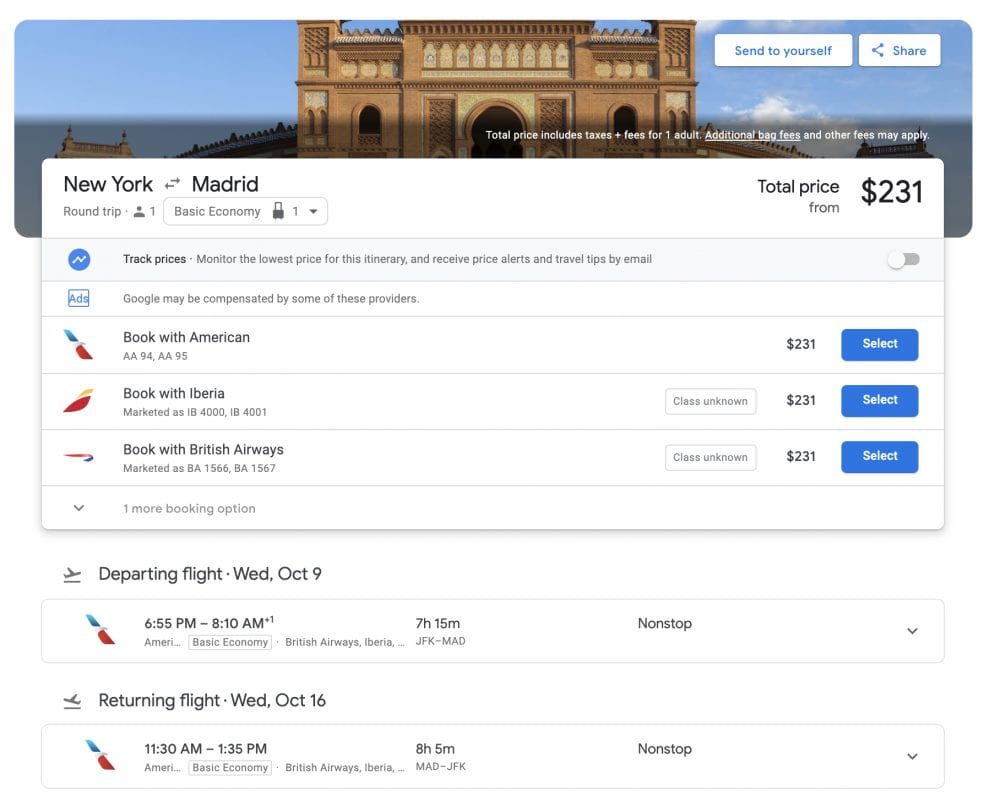 There’s a lot to love about visiting Spain. It’s cheaper than most of western Europe so you can spend your days sipping sangria or cava and munching on tapas for a fraction of the cost you’ll pay in Paris or France. 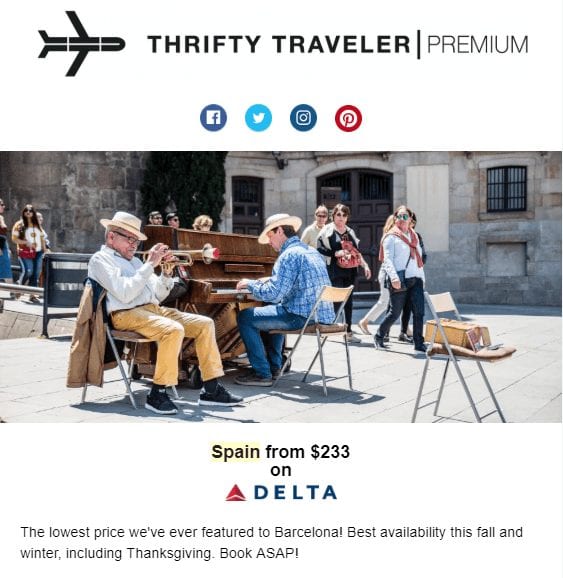 There are so many great places to see and eat in Barcelona and across Madrid. Not to mention the amazing, smaller tourist spots like Sevilla, Valencia, and many more. Oh, and the beaches of Ibiza, Mallorca, and other islands, too.

But maybe paella, tapas, and history aren’t calling your name. You can use a flight to Madrid (MAD) or Barcelona (BCN) as a cheap way to cross the Atlantic Ocean. Both airports have tons of cheap flights daily, so connect onward to your final, preferred destination in Europe!

So what’s happening here? Why is Spain so cheap – even cheaper than the norm for flights to Europe?

Competition between the major airlines is always cutthroat. They’re always looking to undercut each other on price  – and budget airlines like Norwegian Air and LEVEL have poured fuel on the fare war.

Low airport fees allow fares into Spain to undercut fares into other European cities. Airlines can simply drop the overall fare lower because the airport fees flying in and out of Spain aren’t as high.

In short: More competition + proximity to the U.S. + lower airport fees = a winning formula for travelers looking for a deal.

Even after months of tracking some dirt-cheap fares to Spain and back, we can still hardly believe the prices at times. It has never been so cheap to get anywhere in Europe, but Spain sticks out. Join Thrifty Traveler Premium (14 days FREE) and book while this pricing lasts!