Flights to Europe Have Dropped Below $300, But For How Long?
Skip to content

If you've been dreaming of a trip to Europe, stop putting it off. Round-trip flights from the U.S. to Europe have dropped to record lows this summer – it's never been this cheap to fly to London, Paris, Barcelona, Rome, and other great European cities.

How cheap? It was once unthinkable to get to Europe and back for less than $500. But since June, we've regularly found flight deals under $300. Take a look at this deal we sent Thrifty Traveler Premium subscribers earlier this month, with flights to many European cities from Boston and New York City starting at just $224 round-trip. BUT it's not just large airports – we've even seen fares sales from over 100 smaller U.S. airports for pricing as low as $274 round-trip! 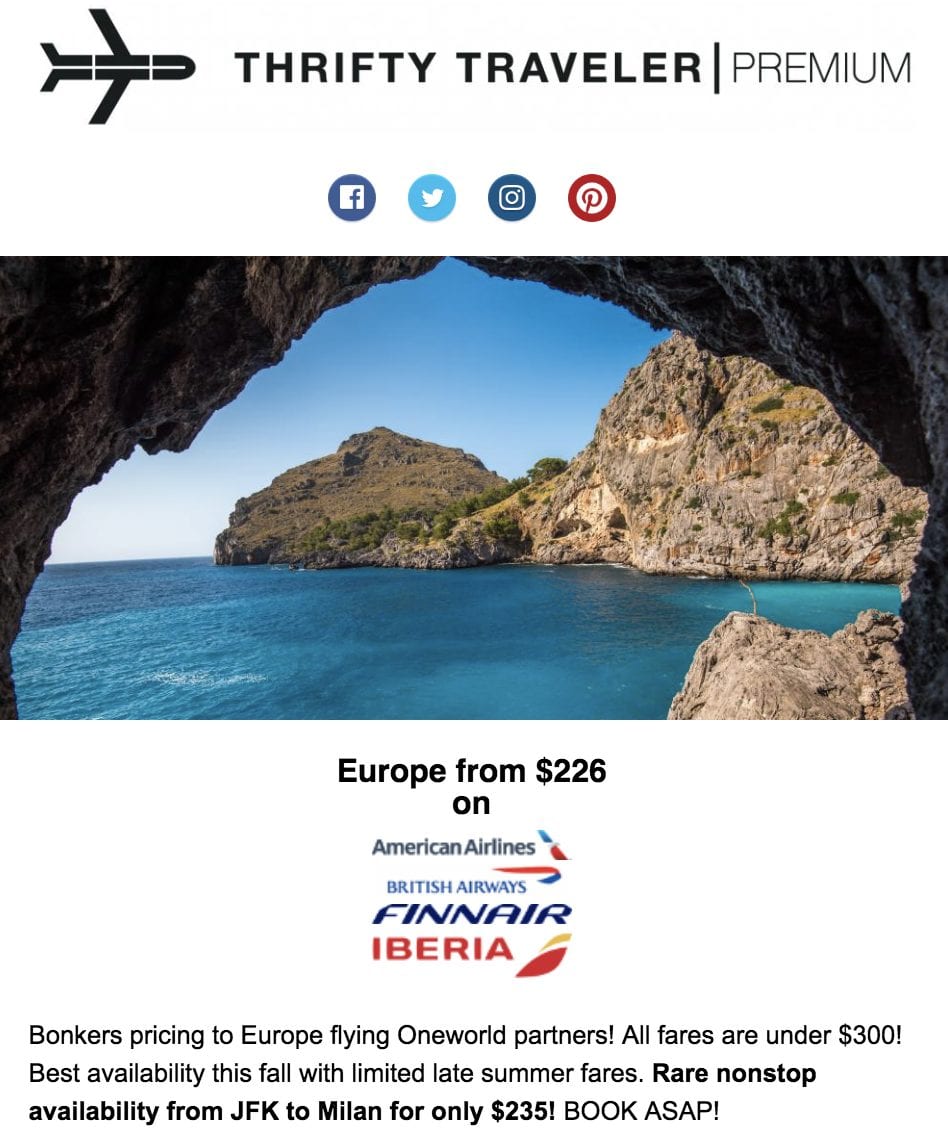 And those flights are just a fraction of the great deals that have redefined just how cheap it can be to go to Europe. In the last month alone, we've sent out nearly 30 flight deals to Europe under $400 round trip – and many were under $300. Hard to believe? Try Thrifty Traveler Premium free for 14 days! 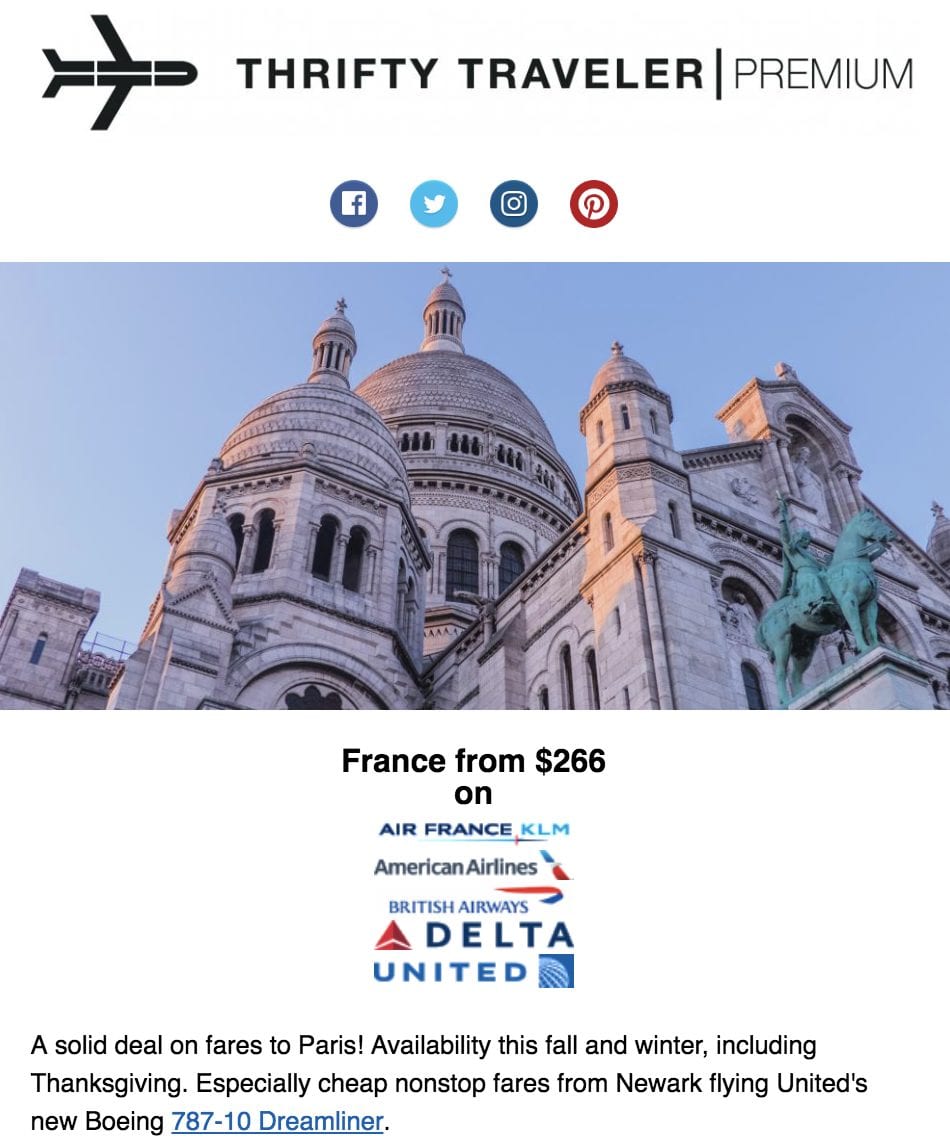 Allow us to underscore just how insane some of these deals are. You could get on a nonstop flight round-trip from Boston (BOS) to Paris-Charles de Gaulle (CDG) or Madrid (MAD) for $250 or less early this fall. Meanwhile, a four-hour flight to Las Vegas (LAS) is often over $300 during the same timeframe.

So what's the secret to getting these dirt-cheap fares (besides signing up for Thrifty Traveler Premium, of course)? It's all about timing.

The main rules about the cheapest times to travel are pronounced in Europe: avoid the thick of the peak summer travel season from June through July. The best time to visit Europe for cheap is from April to May, and August through October.

How Long Will These Prices Last?

Two major factors have combined to drive down airfare to Europe to record lows: Low oil prices and competition from low-cost airlines like Norwegian Air and LEVEL.

Empowered by low fuel costs the last several years, budget airlines grew like weeds flying across the Atlantic Ocean, offering dirt-cheap fares and forcing the major airlines like United, American, Delta and their foreign counterparts to respond. And they have.

For the first time in recent memory, budget airlines helped drive the price for round-trip flights to Europe to $300 – and then below it. If you see an insanely cheap flight deal it's time to book the ticket as there is no way to know how long these prices will last! Moral of the story: Book that trip to Europe now. It may not always be this cheap. Sign up for Thrifty Traveler Premium today and get notified of the next unbelievable flight deal to Europe.