Are you wondering just how cheap it can get to fly to Bali (DPS), Istanbul (IST), Dubai (DXB), Paris (CDG), or any other city on your bucket list? You've come to the right place.

We've been finding flight deals for nearly five years, and we've seen some of the cheapest flights to destinations around the world over that time. The hottest deals can emerge at any time – that's why we're always mining for the best deals to send to our Thrifty Traveler Premium members.

So let's look back at the cheapest fares we've ever seen. Remember, just because you don’t see your home airport in any of these deals doesn’t mean a cheap positioning flight can't make your dream vacation a reality for much less than you normally think.

Let’s take a trot around the globe.

Generally speaking, the lowest fares we've ever found to fly to Europe are from the East Coast.

As with flying to many other destinations around the world, starting from New York City (JFK) seems to be the favorite for the best deals. If you want to get to Europe as cheap as possible, consider a positioning flight from your hometown to the East Coast to take advantage.

One of our favorite mistake fares ever was sent to our premium members in November 2018: round-trip flights from Chicago-O'Hare (ORD) to Zagreb, Croatia (ZAG) for only $238!

Much like the ultra-low fares to Europe, Africa sees most of its competitive airfare options from East Coast hubs in the U.S.

But it's not all New York here. Seattle is a notable exception, and that bodes well for West Coast-based travelers who are looking to start an African adventure for much less. Over the past year, we've consistently seen phenomenal prices to multiple locations in Africa flying out of Seattle.

If you're keen on making a trip to Asia happen, your best place to be looking for sales is from the West Coast. With tons of competition on Asian carriers, it has been more and more common to find flights under $500 across the Pacific – and sometimes even half that.

On the contrary, the majority of sales we see to the Middle East occur from the East Coast. And fares from Chicago usually find themselves near the head of the pack on most of these sales, as O'Hare is an extremely large hub that hosts multiple Asian carriers.

We were completely shocked to see the fares in the $200s to Israel and Japan. This goes to show you that absurdly cheap prices can pop up from any U.S. airport – and at any time.

There was about a month-long period in January 2019 when we saw cutthroat competition for the cheapest airfare to Australia. Day after day, we saw new record lows on flights to the land down under. Hopefully, those days will return as this region is typically one of the most expensive places to reach in the world.

Interestingly, most of the lowest fares we've ever found to South America popped up in the last month or so.

These flights are typically expensive – especially to the far southern reaches of the continent. But we've found extremely rare, almost bafflingly cheap fares to South America.

If traveling to any of these countries is on your bucket list, now is an incredible opportunity to save hundreds on airfare with airlines offering generous change and cancellation policies. Remember, you can now book flights through spring 2021 and we encourage you to stay home now, travel later. 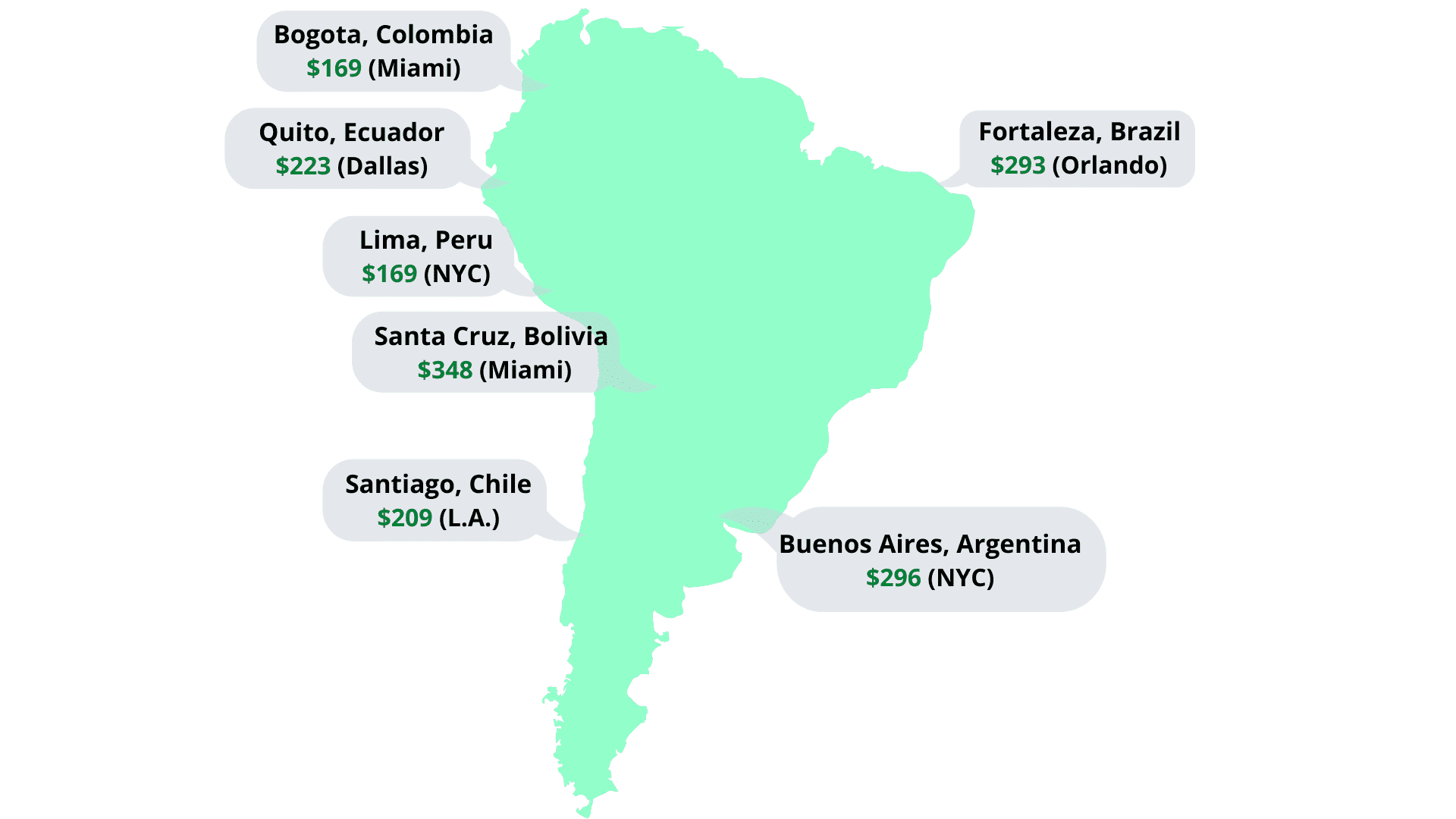 Similar to South America, most of our record-low fares to the Caribbean and Central America occurred just over the last month.

If you're having trouble snagging cheap airfare from your home airport, it's always smart to look at pricing out of Miami. There are tons of daily nonstop flights at fares that seem to keep tumbling.

Two of the most stunning deals we've ever posted were to Puerto Rico and Hawaii. In March of 2019, Southwest Airlines began flying to Hawaii and with this debut, they shocked the world with $91 round trip flights from Oakland (OAK) to Honolulu (HNL)! Also, Jetblue briefly unleashed unthinkable fares to San Juan (SJU) from Boston (BOS) for only $22 roundtrip earlier this month!

Now that you've seen just how cheap it can be to travel around the world, don't let airfare be a barrier to planning your next trip. These are some record-low prices that you may not see again, but the next insane flight deal could be just around the corner.

Let the flight deal inspire you on your next vacation. It clearly does not have to be expensive to kick-start your dream trip.