Going to Vietnam? Here's the First Thing You Need to Do
Skip to content

Vietnam has started to blossom as a travel destination, and it’s become easier to get there with new e-visas and the brewing possibility of direct flights from the U.S. But that doesn’t mean it’s easy.

Vietnam was closed off to the world for decades, with a complicated history intertwined with the Chinese, the French, Americans, and its own insular government. This southeast Asian country is still trying to figure out what it is as a country, and how to cater to travelers.

While that off-the-beaten-path feel is what makes Vietnam so electric to some, it can be disorienting to others. There’s one thing you should do to get up to speed with the food, culture, and the people on the very first day of your visit.

Go on a tour. Or two. If not three. We’ll explain why.

A Glance at Vietnam

Despite its popularity among travelers young and old, Vietnam is still considered a developing country – and a developing economy – by the United Nations.

While the effects of globalization have started to trickle in, Vietnam is still relatively untouched by foreign investment and companies. English isn’t widely spoken and is only starting to become a priority with younger generations. Outside of the occasional McDonalds, Pizza Hut, and Starbucks in large cities like Hanoi and Ho Chi Minh, you’ll see few signs or reminders of home.

Instead, the Vietnamese live their lives at restaurants, markets, and streets that are constantly packed with locals, all going about their days with the same rhythm and purpose. Even with all your research, it can make it overwhelming to know where or how to start. 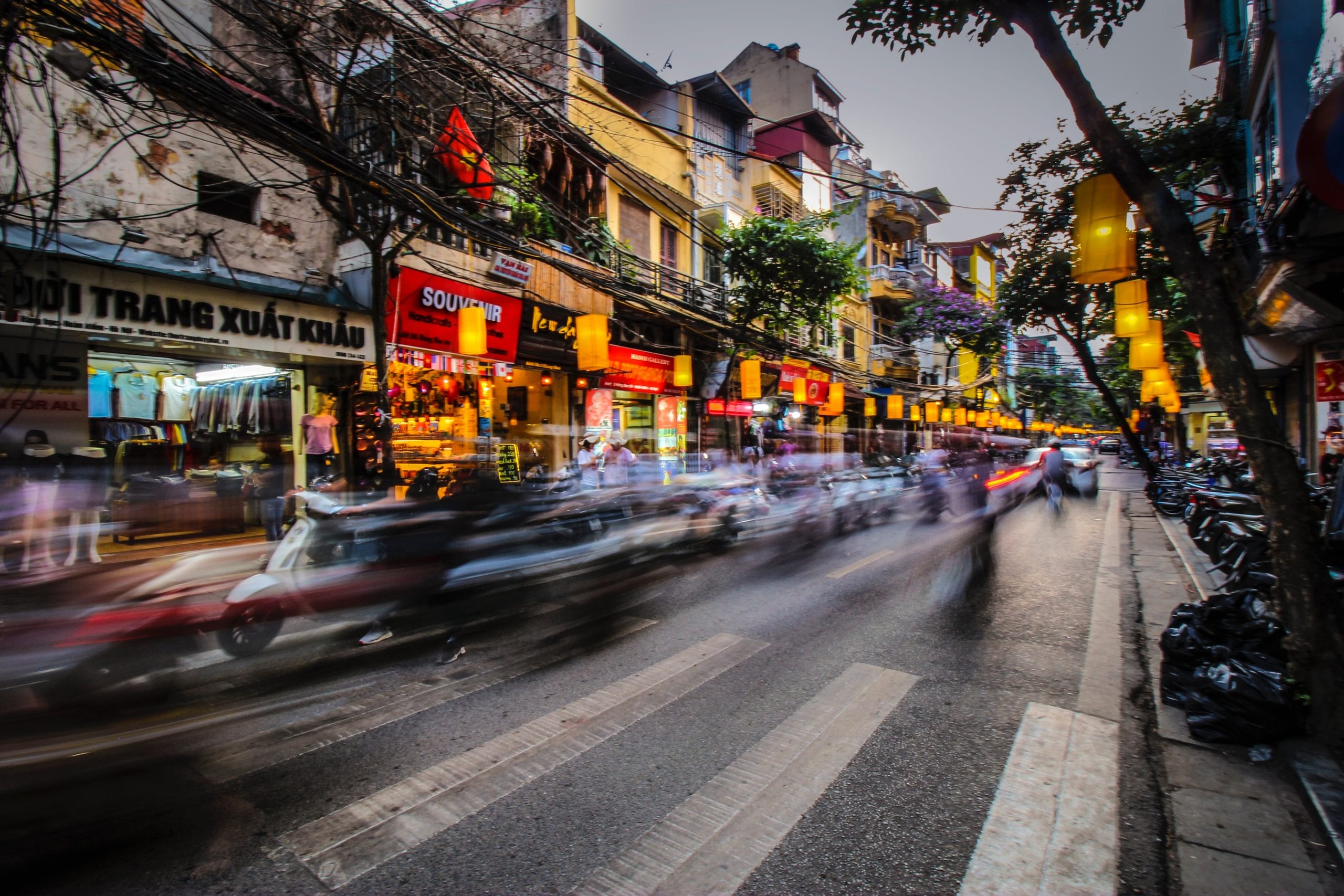 And this is where tours come in. Taking a few tours with enthusiastic locals will set your trip off on the right foot, give you a base level to start to tackle the country, and give you some confidence to explore on your own.

Learn about the Food

You probably already know about a few Vietnamese staples like pho. But do you know how the Vietnamese eat it?

Going on a food tour will not only introduce you to some of the local foods, but also the customs of how to eat them. And it will get you up to speed on the street food vendors that dominate Vietnamese cuisine, teaching you what to look for and what to avoid once you’re ready to try on your own.

Thrifty Tip: You might hate lines, but they’re a good thing in Vietnam. A line full of locals at a food vendor means not only that their dishes are good, but ensures that they’re turning over fresh food rather than serving something old. 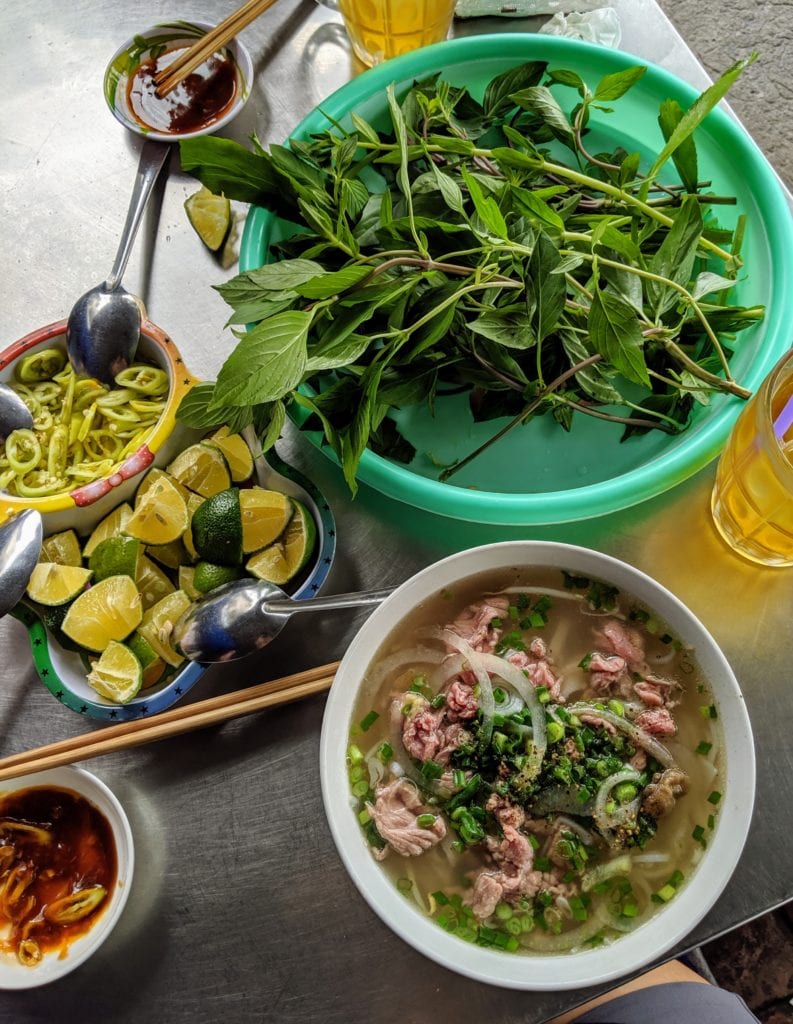 You’ll see a lot of ingredients that we rarely see in the U.S. Learn a little bit about each herb and vegetable, and how and why they are used. And don’t forget the coffee in Vietnam, some of the best in the world. Watch how Vietnamese coffee is made, and get some insight into why it’s so strong – and so good. Give it a try with butter, condensed milk or egg! 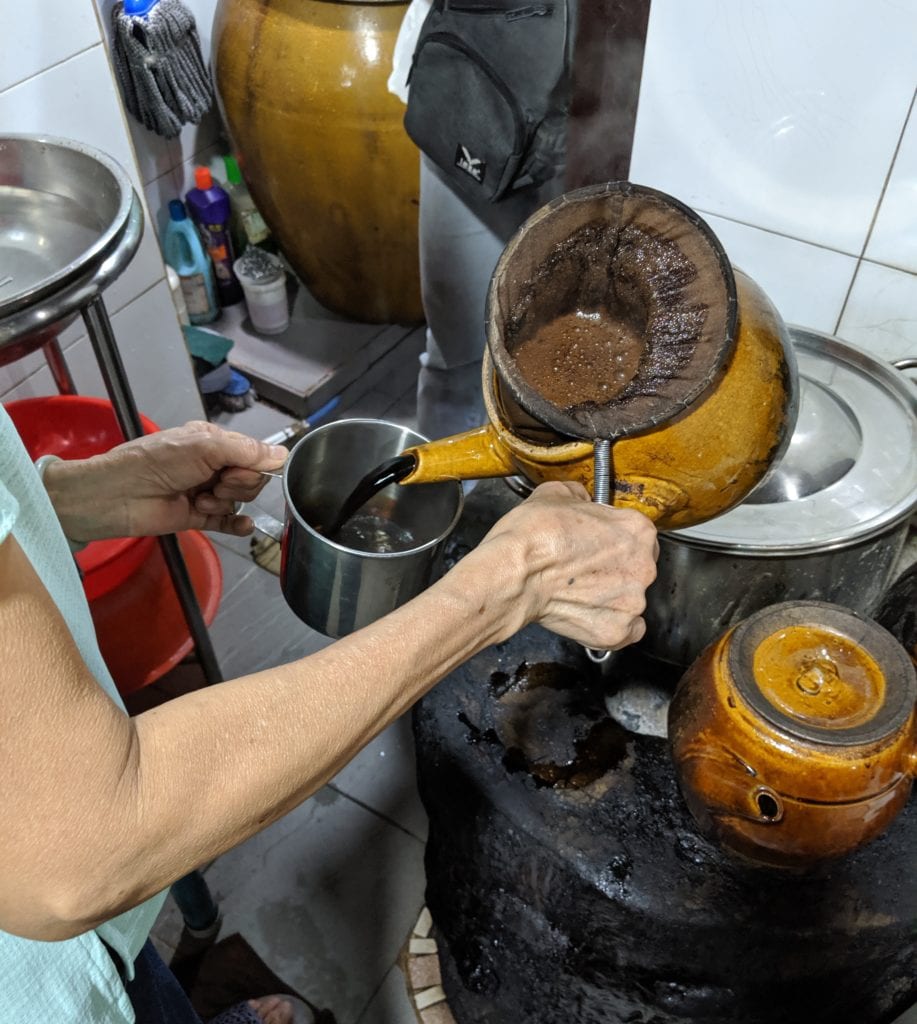 By the end of the tour, you will feel a little bit more like a pro and like you can sit at a restaurant or roadside food stall and do as the locals do.

Learn History from a Different Perspective

We called it the Vietnam War. Here, it’s “The American War.” And the stories and history of that time are radically different.

While younger generations – and even some of the older ones – in Vietnam are ready to let go of the war, it’s important to know what they went through and what they were taught.

You can find plenty of historical tours through Airbnb Experiences, or steep yourself in the history on your own at major war museums in both Ho Chi Minh and Hanoi. But the American War is just a small part of where the country comes from. Take a tour and learn about the influence of Buddhism and Catholicism. Check out local markets, apartments, and local customs such as lotus flower folding.

See local ways of life that are rooted in thousands of years of history and tradition, with things as simple as a cactus placed outside an apartment – a sign that there is a new baby inside. The cactus is supposed to ward off the bad spirits that make the baby cry. The history and culture of this country are complex and difficult to understand without some insider knowledge.

Even crossing the street in Vietnam can feel daunting.

With hundreds of scooters speeding on seemingly every street, learning how to safely cross the street on our first tour in Ho Chi Minh was essential. There’s a way to do it, and it’s not by running across. Having a local show us how it’s done made even the simplest tasks easier. 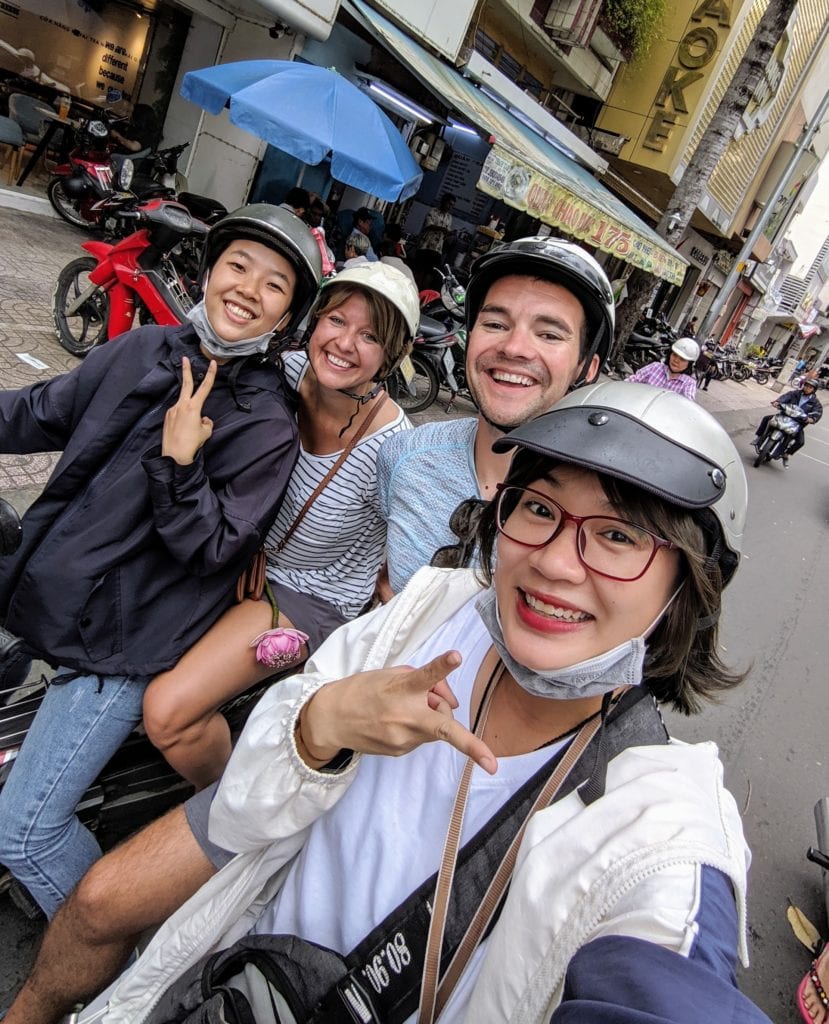 And given how popular scooters are throughout Vietnam, riding on the back of a motorbike is also a must. Most of the tours you sign up for are on motorbikes. It can be scary at first but after a bit, you realize there’s a rhythm to it and it’s pretty fun.

Just talking to your guides and asking them questions about their day-to-day lives can really give you insight into Vietnam. Ask about where they grew up, if they are in school, who they live with, what music and movies they like. Expect to answer the same questions in return. Without fail, Vietnamese people are very open and very curious, eager to learn as much from you as you do from them. 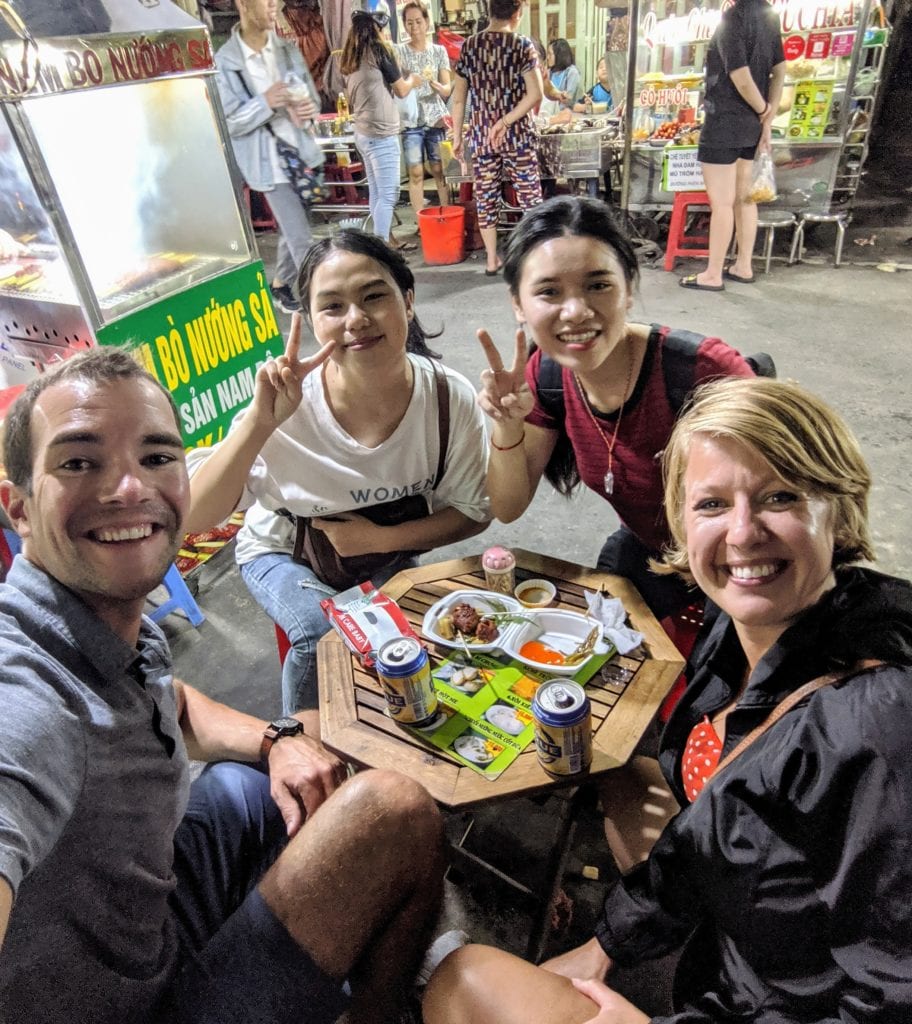 We learned that one of our tour guides loves American horror movies and listening to the Backstreet Boys and Spice Girls, which still makes me smile. The friendly and inquisitive people truly are what makes this country beautiful.

If you are planning a trip to Vietnam, maybe you already have an affinity for the food and the culture and want to learn more.

But if you’re coming at it from zero, a tour, or two, is the best way to start strong. We found several great tours through Airbnb Experiences. But there are plenty of great recommendations through TripAdvisor that range from free (walking tours) to around $80 a person.