Capital One Delays Opening of Next Lounges in DC, Denver
Skip to content

Capital One entered the airport lounge wars with a bang late last year, opening the stellar Capital One Lounge in Dallas-Fort Worth (DFW) that has raised the bar for lounges in the U.S. And the bank isn't stopping in Dallas: More locations are on the way in Washington, D.C.-Dulles (IAD) and Denver (DEN), with both initially scheduled to open sometime later this year.

But it seems those plans have hit a snag. Capital One has quietly updated information on its next two lounges to note that they now won't open until sometime in 2023. Both locations previously indicated a 2022 opening date.

A Capital One spokeswoman confirmed the lounges wouldn't open until sometime in 2023, though the bank did not provide any more details on exactly when travelers can expect to access these lounges next year.

“At this time, our IAD and DEN Lounges are scheduled to open in 2023, and we will be sure to share updated timelines as we receive them,” the spokeswoman said.

Back in April, Capital One executives told Thrifty Traveler that both lounges were actively under construction and on track to open sometime in 2022 – likely around the same time.

“The construction is a little crazy right now,” Jenn Scheurich, Capital One's head of travel, said at the time. “We're working really hard on that.”

Read more: For Capital One, Lounges are a Focus for 2022 & Beyond

Unfortunately, delays like these are routine with airport lounges. Any construction is tough right now with labor and supply chain shortages, but it's doubly hard in the complicated and cutthroat airport real estate world.

But this delay stings for travelers and cardholders with the Capital One Venture X Rewards Credit Card – its newest, flagship card that comes with free lounge access among many other perks – hoping to visit more Capital One lounges outside of Dallas. And it's a tough break for the bank itself, which hopes to keep growing a portfolio of its own stellar lounges in the coming years. 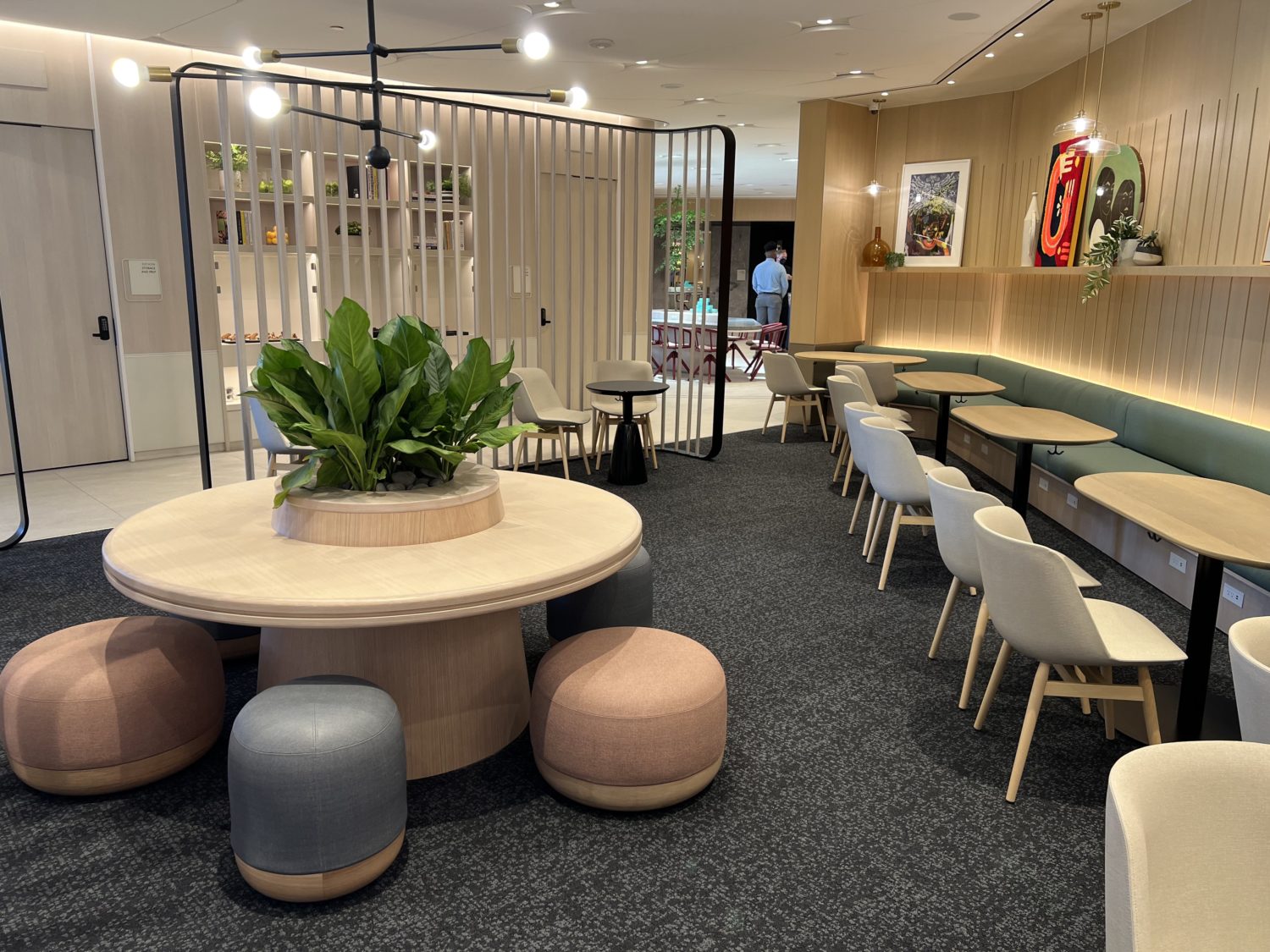 Read our full review of the Capital One Dallas Lounge!

These delays are just the latest reminder that it's easier said than done. In its bid to build out more lounges than the three already on paper, Capital One has missed out on at least two: One in Phoenix (PHX) and another in Las Vegas (LAS). Chase won bids for both spaces as it looks to open Chase Sapphire Lounges starting later this year.

Whenever they're ready to open, the new Capital One spaces in Dulles and Denver should be fantastic. Just like in Dallas, you can safely expect top-notch food, smart design, and fewer crowds than your average airport lounge – at least for now.

The plans in Denver call for an 11,200-square-foot space in Concourse A. And because Capital One knows many of its cardholders connect through Denver, they’re placing even more emphasis on lounge amenities like more relaxation rooms and shower suites.

In Washington, D.C.-Dulles, Capital One felt they needed to address the extra time and stress of getting from the terminal to the gate. So they’re devoting even more resources to the novel grab-and-go concept near the lounge entrance so cardholders can simply drop in, grab something to eat, and head to their flight.

“We are actively constructing our Capital One Lounges at IAD and DEN and look forward to providing locally inspired offerings and premium amenities that give visitors a best-in-class travel experience,” Capital One said.

It may not be a surprise, but it's still a bummer. Capital One's long-awaited new lounges in Denver and Washington, D.C.-Dulles won't open until sometime next year.

Exactly when these lounges may open their doors remains unclear, so stay tuned for more details.