No, Airlines' Basic Economy Fares are Not Cheaper
Skip to content

Each and every time an airline begins selling skimpy basic economy fares, they make the same basic marketing pitch: Give up some benefits like seat selection and flexibility, and we'll sell you lower fares.

There's just one problem: That's not true. As nearly every U.S. airline has started selling these no frills fares, it's become clear that basic economy is not a price cut but a price hike. Basic economy fares have taken the place of more-inclusive main cabin economy rates, which have increased. You're paying the same as you used to, and getting less.

JetBlue was among the last of the major U.S. airlines to introduce basic economy fares last month. The airline calls them Blue Basic.

And in general, these fares aren't all bad. Unlike United, you can bring a carry-on bag plus a personal item. You can pay a reasonable fee to pick your seat in advance, and even pick a seat for free within 24 hours of departure.

After selling these fares on just a handful of U.S. routes to start, JetBlue is now selling Blue Basic on most of its flights. And it provides a telling glimpse at the business behind basic economy.

Last month – before the airline expanded its basic economy fares – JetBlue was selling main cabin economy flights between Austin (AUS) and Boston (BOS) starting at $136 round-trip. That money would get you all the “perks” of a standard economy fare: pick a seat for free, change or cancel your reservation for a fee, and earn 6x points per $1 when booking online.

But today, JetBlue is selling Blue Basic fares on this route for … you guessed it, $136 round-trip. The same amount you paid last month for this flight now means you'll have to pay more for seat selection, can't change or cancel your fare, and you'll earn fewer TrueBlue points om the flight.

Want the same perks you got on that flight just a month ago? That will now generally cost you $70 more – $206 total on this flight.

Today, that's the best price you can find for a more-restrictive Blue Basic fare. The same main cabin fare that once cost under $200 is now up to $266. This is a fare hike, plain and simple. 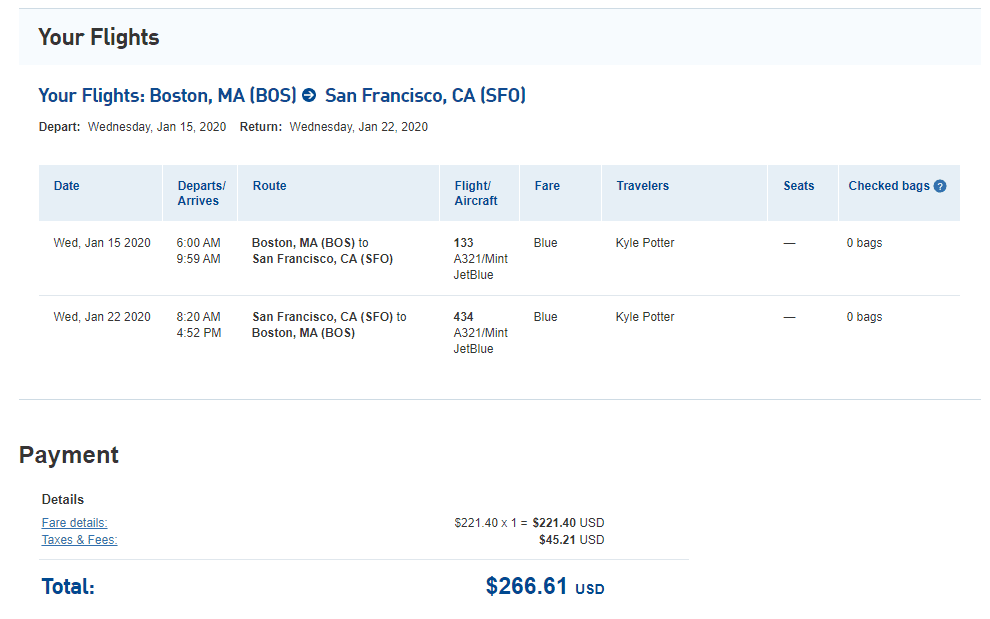 These are just a few examples, but there are dozens more. And of course, airfare prices are constantly changing, making a true apples-to-apples comparison difficult to pull off.

But it should be clear what's going on here. JetBlue hasn't lowered its fares. Instead, it's the latest airline employing a proven strategy to make more money.

Basic economy fares are a mirage. These are fare hikes disguised as a good deal.

These fares have spread like wildfire in the U.S., as now every major carrier (except Southwest) sells them. They're now available on many flights to Europe and even Latin America.

While the price tag of these skimpier fares may appear lower, it's an illusion. Airlines hope that basic economy restrictions are painful enough to convince you to pay up for a more-inclusive fare. And they hope you forget – or don't notice – that you once got more for the same price.

That's why airlines measure the success of basic economy based on how many flyers will pay to avoid it. Airlines practically beg passengers not to book basic economy. 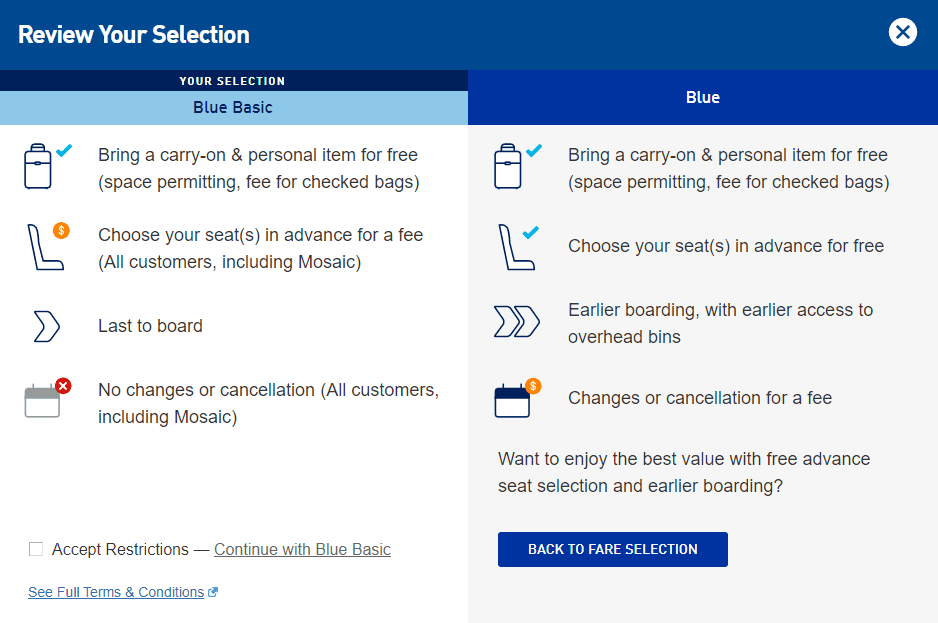 JetBlue is far from the only offender. The same script has played out with Delta, American, and United. We've even seen the same shifts on Delta's basic economy award fares booked with SkyMiles.

There's a reason why Wall Street investors love basic economy, and it's not because airlines are cutting prices out of the goodness of their hearts. It's because it's a moneymaker for airlines and shareholders. And whether you realize it or not, you're the one who's paying for it.

This doesn't mean you shouldn't fly basic economy. Basic economy fares can work out in your favor and save you some money. Be sure you understand the restrictions of each airline's fare and limitations – especially for traveling families.

Just don't think airlines are giving you a sweet deal. Typically, it's just the opposite.