Last year was a banner year for cheap flights, with dirt-cheap fares to Europe, Australia, and even New Zealand. And while it’s still early 2020 is shaping up to be an equally excellent year for flying someplace far-flung for less.

Airfare pricing can be unpredictable – you never know when insane flash deal or mistake fare will pop up, or where it may take you. But the trends we’ve seen lately in Thrifty Traveler Premium international flight deals highlight a handful of destinations where prices are dropping in 2020.

Here’s our analysis of the cheapest spots to fly in 2020.

Paying $1,200 or more for round-trip flights to almost anywhere in Africa isn’t out of the norm. But that has changed – and it’s changed big time.

We’ve seen more widespread airfare sales to Africa in the last several months than we can ever remember, sending nearly 20 alerts to Thrifty Traveler Premium members in just the last few months. And all with flights under $700 round-trip. And prices have dropped across the entire continent, from Morocco to South Africa, and even hard-to-reach spots like Tanzania or Madagascar.

It’s safe to say: If visiting Africa is on your bucket list, there’s no better time to get a cheap flight than 2020.

We’ve consistently seen massive price cuts to Nairobi from tons of U.S. cities. Kenya is the perfect starting spot for a safari: The Maasai Mara National Reserve is your place to be. 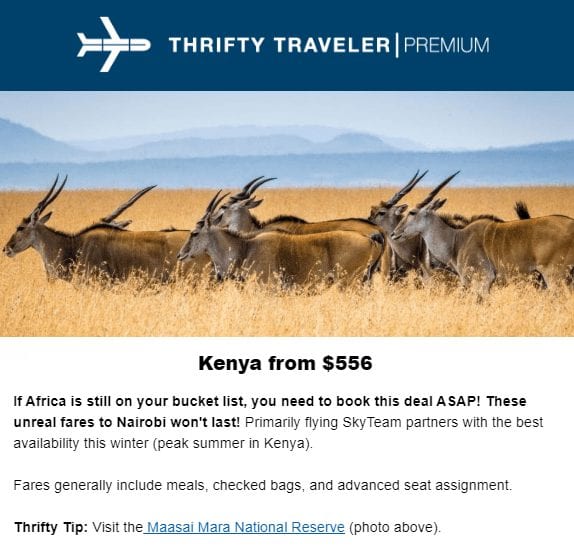 Tanzania is another popular spot in East Africa – and it’s getting cheaper, too. Getting to Dar Es Salaam (DAR) has never been cheaper, and it’s another great starting points for a safari or even a quick flight to Zanzibar. But we’ve also seen prices to Kilimanjaro (JRO) drop below $700 round-trip!

It seems like every week, we see find new fares cheap fares to Tanzania. And we’ve seen prices like this almost nationwide.

Qatar Airways has been pumping out low fares to Cape Town (CPT) and Johannesburg (JNB) if you’re looking to fly the world’s No. 1 airline halfway across the world. And whether you’re interested in starting in Casablanca (CMN) or Marrakech (RAK), flights to Morocco have been cheap, too.

While flights to Europe have dropped to record lows, getting down to South America has typically been tougher. Luckily, that’s changing.

A thirst for tourist dollars and help from budget airlines like Spirit and even JetBlue have helped drive down airfare prices to South America – particularly northern countries like Colombia, Peru, and Ecuador. That makes for peak levels of thriftiness for a trip to South America. And a bonus: Heading south during our brutal winters brings you to summer in the southern hemisphere. 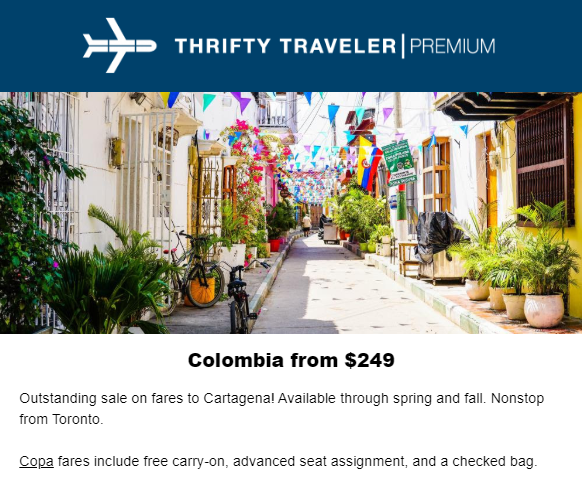 This northern stretch of South America is where we’re seeing the best deals, with fares in the $300s and even $200s – round-trip! But watch for the flight deal love to spread down to Brazil, Argentina, and Chile in 2020, too.

Island time and sunshine are the perfect remedies for your cold winter blues. And you’re in luck, because Hawaii is poised to be as cheap as ever in 2020.

Thanks to extra competition from Southwest Airlines along with high demand, we continue to see rock bottom fares to Hawaii! That means frequent nonstop fares from the West Coast under $300, which could make it worth a positioning flight to California or Washington.

No passport necessary to travel to the middle of the Pacific Ocean on insanely low fares is a captivating combination that we’ll never get tired of. Look for this trend to continue in 2020 and make that trip to Hawaii finally happen.

Last year, we noticed that flight prices to Europe just kept dropping. And at the time, we wondered how long the insanely cheap flight deals could last.

The answer? The deals aren’t over yet. Far from it.

Even as budget airlines have crumbled, competition is still high between carriers flying across the Atlantic. The results are fares regularly under $300 to Europe and back – sometimes dipping under $200 for a round-trip flight.

We have no magic 8-ball, but this trend has carried into 2020 in a big way. And it’s not just major East Coast cities that can capitalize on these once unthinkably cheap fares, but airports big and small across the country. Generally, we’re seeing the best deals into major western European cities like Madrid (MAD), Barcelona (BCN), Amsterdam (AMS), and even London-Heathrow (LHR).

We’re even seeing insane deals to get to Europe using points and miles. Delta has slashed its flights to London as low as 14,000 SkyMiles round-trip – yes, just 14,000 SkyMiles. And the airline recently cut award prices on partner airlines like KLM, Air France, and Virgin Atlantic, making it possible to fly to almost anywhere in Europe and back for only 30,000 SkyMiles.

All signs point to this trend carrying over throughout 2020. And if Europe is on your radar for this year, that’s a win. Don’t sleep on these wildly low fares to Europe.

Predicting flight deals is more art than science. There’s no telling how long these trends may last, or what major airlines may do next. But these trends are poised to hold for much of 2020.

We’re bullish on cheap travel for 2020. If one of these spots is on your wish list, you should be in luck this year to get there for less.

And if you want to get the best deals to international destinations like these and more, sign up for Thrifty Traveler Premium!