A few weeks ago, Mr. TT and I took the inaugural jetBlue flight from Minneapolis to Boston. Upon our arrival in Boston, we were both excited to stay at what we think is one of the most unique properties in the Marriott portfolio: the Liberty Hotel Boston.

The building housing the Liberty Hotel was originally completed in 1851 and at the time was the Charles Street Jail. In 1973, after more than 120 years of housing some of Boston's most notorious criminals, the prison was declared unfit due to the poor living conditions. This was a violation of the inmates' constitutional rights and the prison was finally closed for good in 1990.

in 2001, work began to transform the jail into the property we know it as today, the Liberty Hotel Boston. A team of designers and architects collaborating with historians and conservationists from the Massachusetts Historical Commission worked to preserve the space while allowing for its new use as a hotel. in 2007, the Liberty Hotel opened for business with 298 rooms to accommodate guests.

In April, Marriott unveiled their plans for the new unified Starwood & Marriott loyalty program, which will be making its debut in August. Per the new award chart of the unified program, you will actually be able to save yourself a few points by waiting until August to book a night at the Liberty Hotel.

Marriott will be launching off-peak and peak redemptions in 2019. The peak and off-peak times will vary by property and time of year, however booking the Liberty Hotel during an off-peak time can stretch the value of your points even further.

The Liberty Hotel is located at 215 Charles St in Boston, Massachusets right next door to Massachusets General Hospital. The location is just a short walk to Boston Common and many other fun attractions in the Boston area. 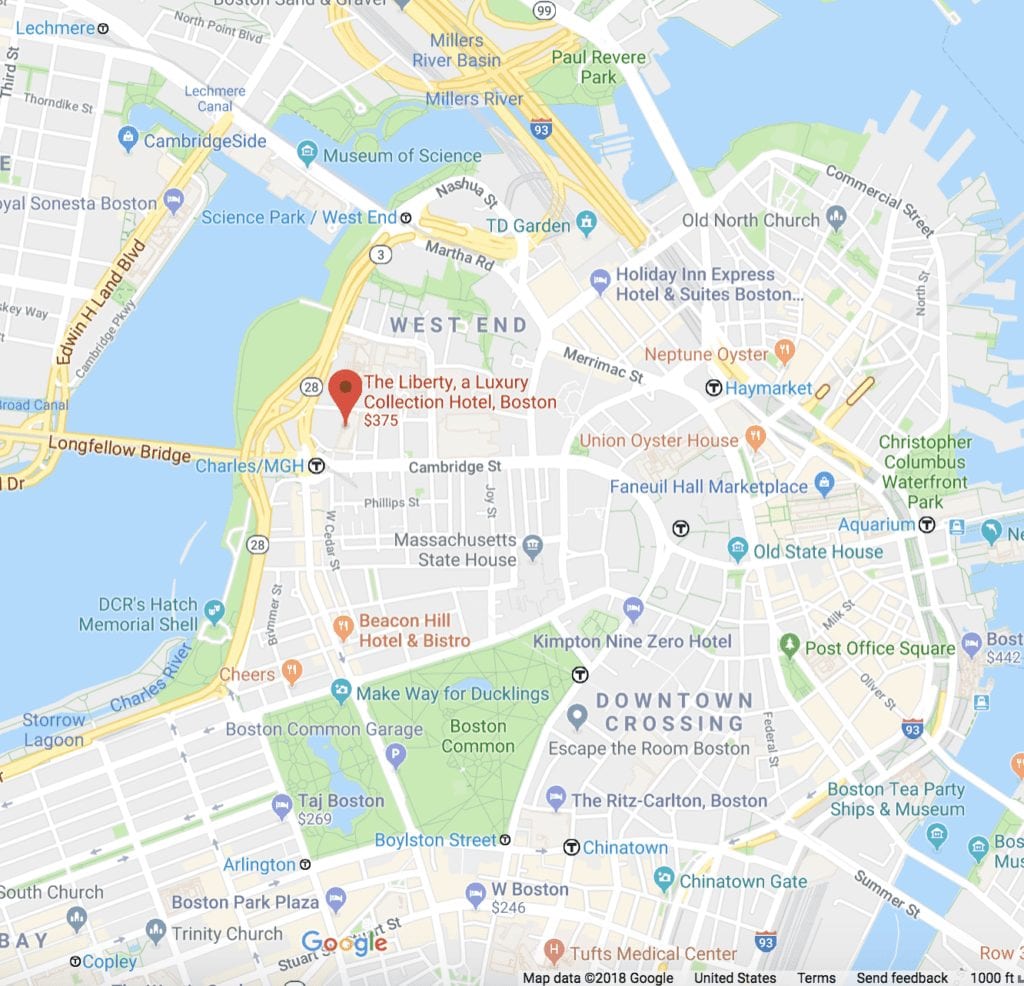 Upon arriving at the Liberty Hotel, we were greeted by the incredible staff. The check-in desks are located in the beautiful lobby inside the original walls of the old Charles Street Jail. We each received a glass of sparkling wine when we checked in which is something I haven't often seen at SPG hotels.

Our room wasn't ready when we checked in as we arrived before the 3 PM check-in time. However, we had a drink in the lobby bar and the staff brought our keys over as soon as the rooms were ready. I thought this was a nice touch. 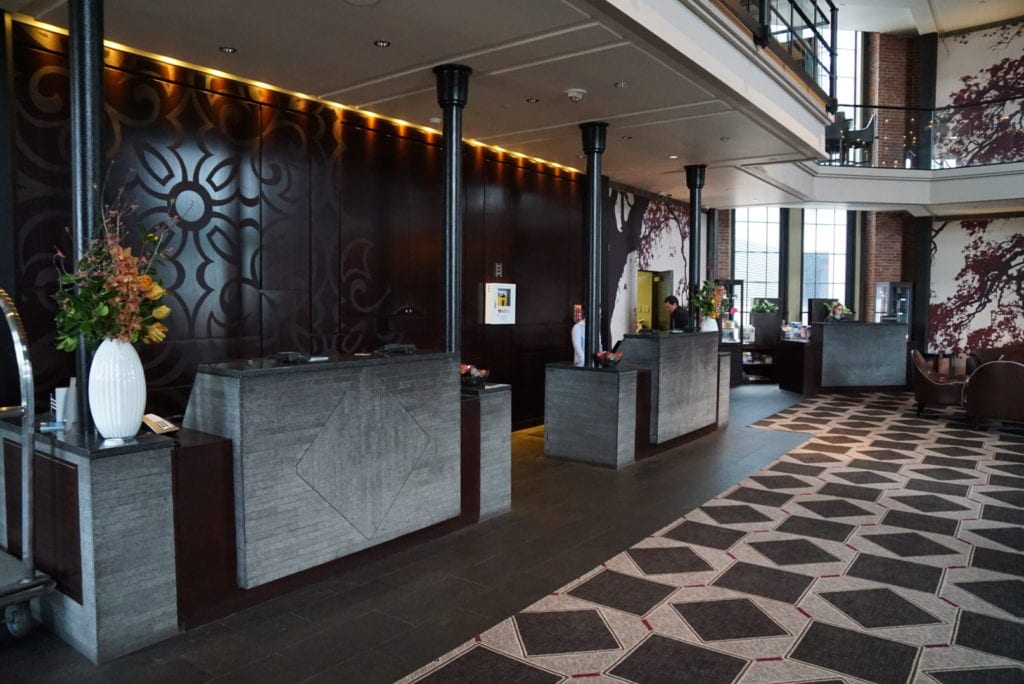 As you enter the property from the ground level, you take an escalator up to the main level of the hotel. This area was the focal point of the renovation from the building's former life as the Charles Street Jail and it is absolutely stunning. Opposite the check-in desk was the lobby bar which was a great place to enjoy a cocktail. The bar becomes quite lively on Friday and Saturday nights as the Liberty Hotel hosts many community events in the Boston area. 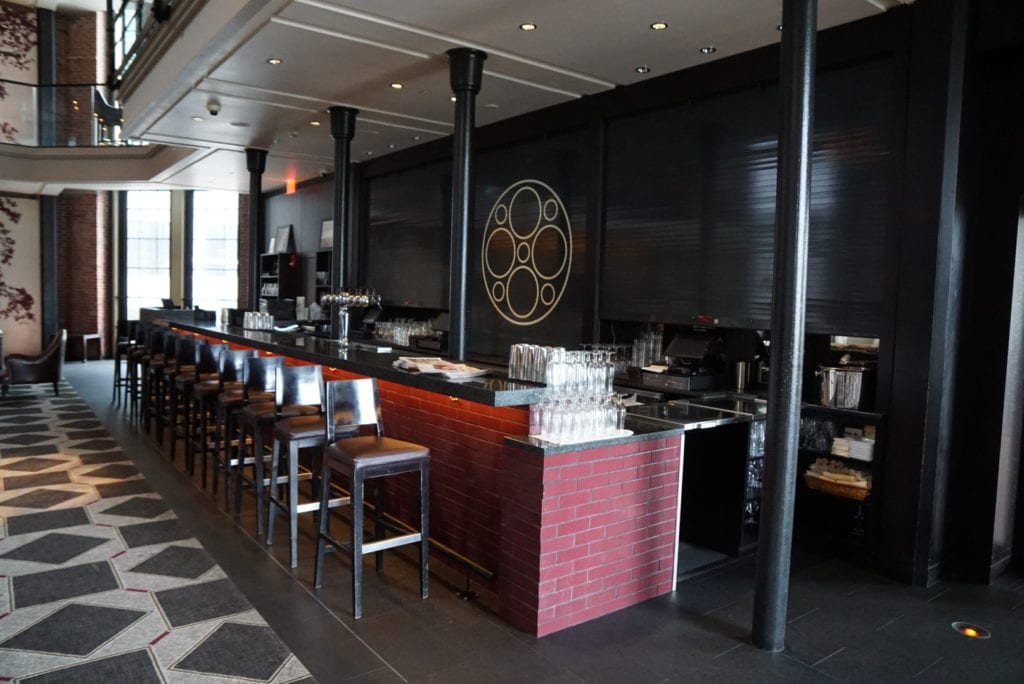 On the right-hand side of the lobby bar is the Clink restaurant. One of the three restaurants on site at the Liberty Hotel. The Clink is also where breakfast was served each day. Thanks to Mr. TT's Starwood Platinum status, we enjoyed free breakfast during our stay which was great. Many of the original Charles Street Jail walls and cell doors were kept intact and on display inside the Clink restaurant.

In addition to the Clink restaurant on the main level of the Liberty Hotel, there are also two more restaurants located on the street level before you take the escalator up to the hotel. Alibi restaurant is a great place to grab a drink or a late night snack as it is open daily from 5 PM to 2 AM. It also has a great outdoor patio, a fantastic spot to relax in the summer.

Also located on the ground level is the Scampo Italian Restaurant. Scampo is the creation of legendary Boston-based chef Lydia Shire. We didn't dine at Scamp during our stay but the classic Italian menu looked fantastic.

The Liberty Hotel also contains a fitness center on the main level off of the elevator bank. While it wasn't the nicest hotel gym I have ever seen, it was adequate and had all the essentials. I imagine if there were more than a few people working out at the same time, it would get a bit crowded.

While some of the rooms are contained within the original structure, the majority of the rooms at the Liberty Hotel are in a new adjacent building that was constructed as a part of the renovation project. My room wasn't large by any means but it was nice. The decor of the room was thoughtful and pays homage to the property's history as a prison. 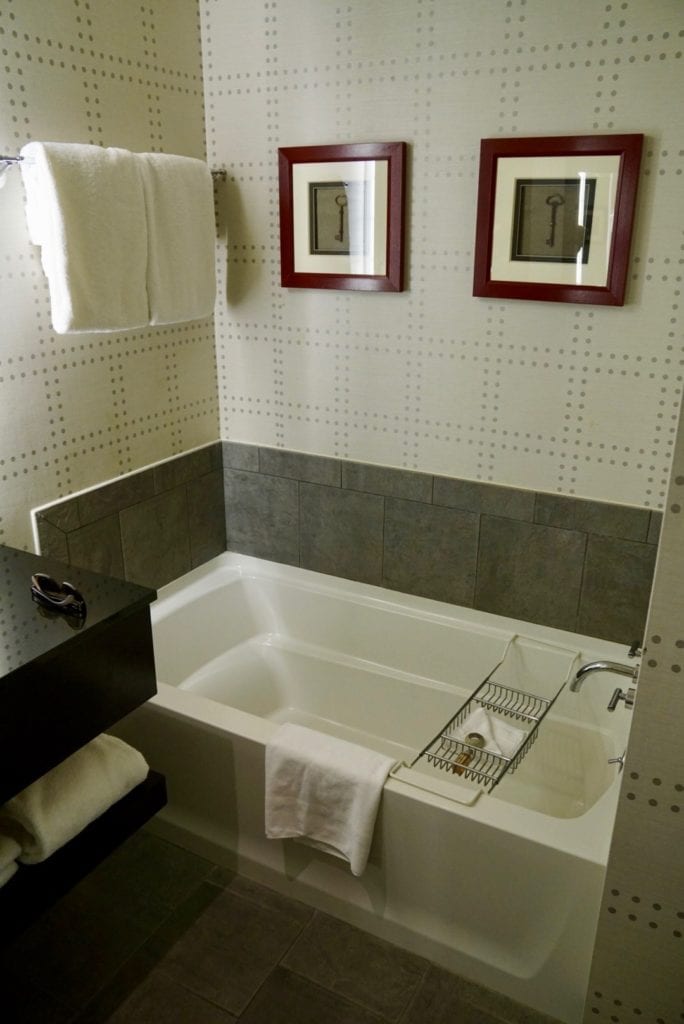 The Liberty Hotel takes the cake as the most unique Starwood hotel I have stayed at to date. If you like history, architecture or both, the property should certainly be on your radar the next time you are in the Boston area.