Tournament of Destinations: Final Four Results + Vote for the Champion!
Skip to content

This is it: The Big One. Today, a champion will be crowned.

The votes from another nailbiter round in our Tournament of Destinations are in. Only two of the world’s best sites could advance – here are the results: 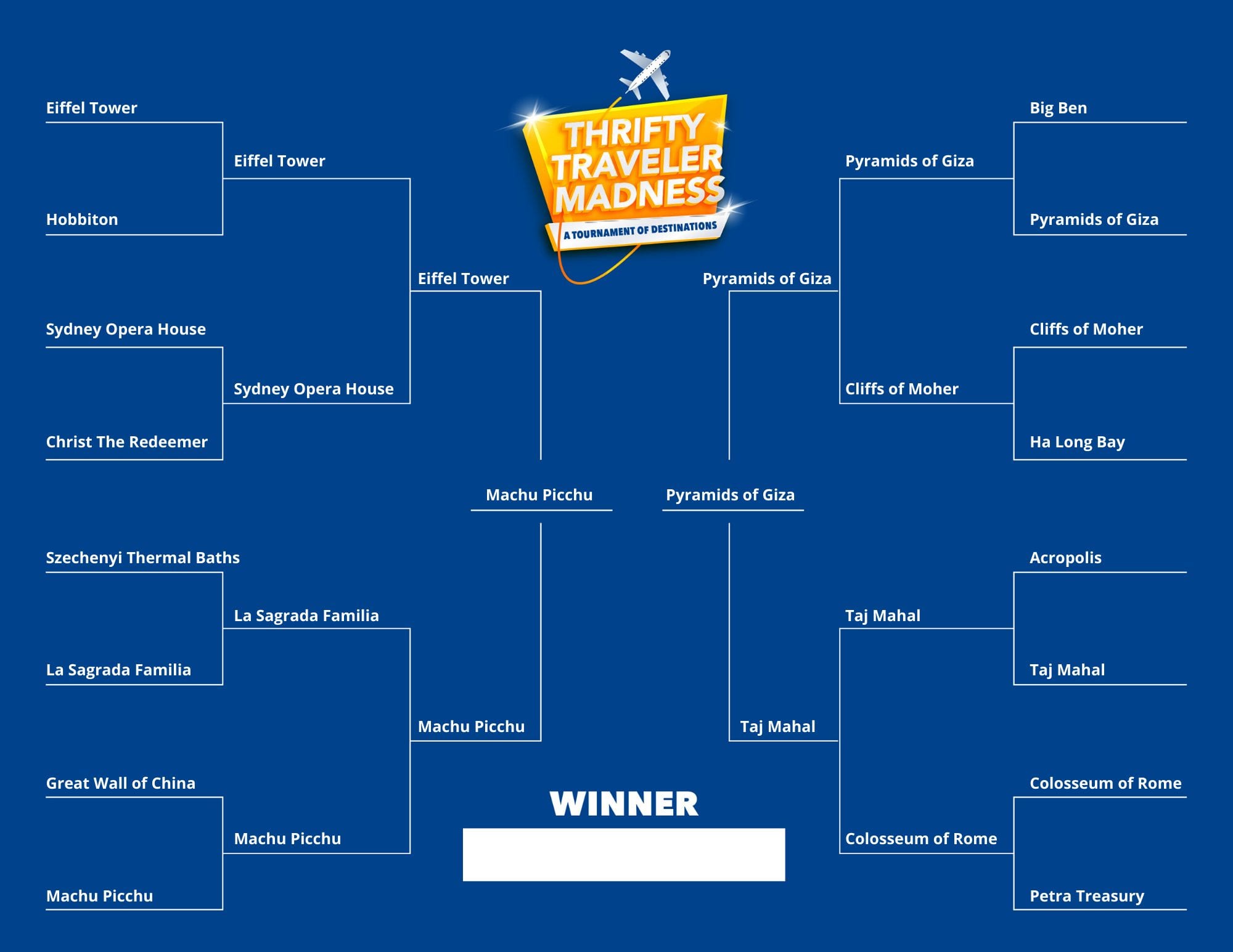 Vote for the Champion Now!

Shockingly, the Eiffel Tower was completely overwhelmed by Machu Picchu, which won by over 1,000 votes! For such a treasured landmark to go down without a fight was puzzling. But you have to give credit to Machu Picchu: it has firmly earned its place in travelers’ bucket lists.

On the other side of the bracket, we saw a much closer battle between the Pyramids of Giza and the Taj Mahal. The Pyramids of Giza edged out their opponent by grabbing 59% of the vote. Both landmarks have a rich history and debatably could be number one on anyone’s list, but the pull of these Egyptian pyramids was too strong. But can they carry their momentum all the way to the top?

There can only be one…

Vintage, classic, epic. Machu Picchu vs. the Pyramids of Giza should be a showdown to remember.

The debate could carry on for eternity, but we want you to decide. Vote today and let’s see which is the top spot in the world.

Vote for the Champion Now!