For years, one of the best ways to book Delta flights (especially Delta One business class) has been using miles from Virgin Atlantic. Rather than paying hundreds of thousands of SkyMiles, you could book a Delta One Suite for just 50,000 miles each way to Europe – or 60,000 miles to Asia. It's one of the best deals in the world of points and miles.

But with no warning, Virgin Atlantic just killed off that enormous sweet spot to kick off the New Year. As of Friday, Jan. 1, 2021, Virgin Atlantic has a brand new distance-based award chart for most Delta redemptions that more than doubles the cost of many Delta business class redemptions.

A Delta One Suite to Asia is now a minimum of 130,000 Virgin Atlantic miles. In some cases, these awards just jumped by 175% with absolutely no warning or notice. After increasing the costs of Delta awards to Europe, too, the airline has since restored the previous pricing. 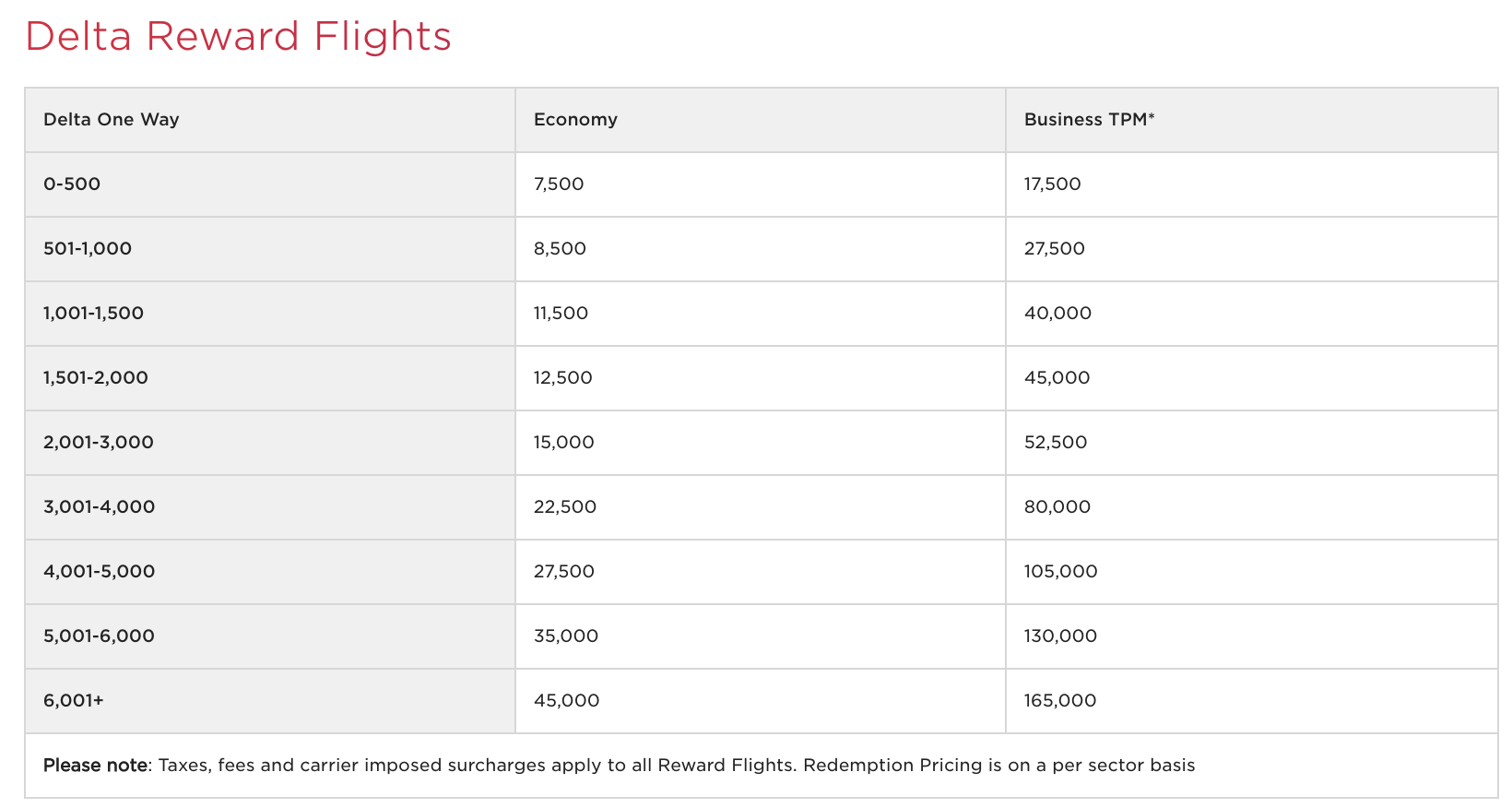 Just last week, a one-way flight from Minneapolis-St. Paul (MSP) to Tokyo-Haneda (HND) was bookable for just 60,000 miles each way – and so was Atlanta (ATL) to Tokyo. According to this new award chart, those awards will now cost 130,000 miles and 165,000 miles, respectively.

That is a massive devaluation, destroying one of the few reasonable ways to book Delta One suites.

For reference, here's the old Virgin Atlantic award chart for Delta awards. These rates are for round-trip bookings, so cut the price in half for comparison. 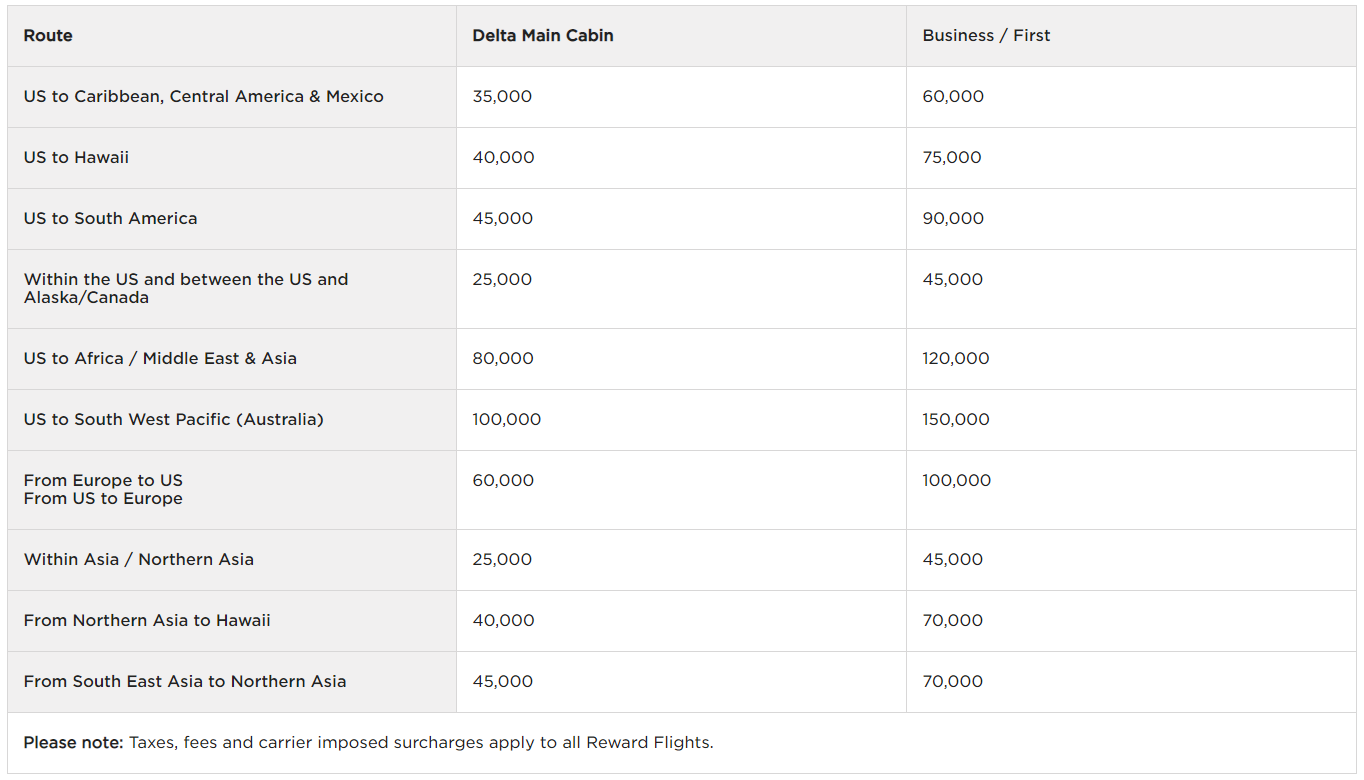 What's more, many Delta reward flights are not currently available to book online when searching the Virgin Atlantic site. That may just be a temporary fluke as the new pricing takes hold.

But because a flight from New York City (JFK) to Los Angeles (LAX) measures in at 2,475 miles, that award redemption now costs 15,000 Virgin Atlantic miles.

There's very little upside here. Some short flights within the U.S. are cheaper than previously, and you may save a few thousand miles booking some Delta flights to London-Heathrow (LHR) as Virgin Atlantic carves out a separate award chart for those redemptions.

Thankfully, the amazing sweet spot to book round-trip awards in ANA first and business class using Virgin Atlantic miles has not been affected. At least not yet.

It was only a matter of time before this workaround disappeared. Delta owns a 49% stake in Virgin Atlantic. And Delta itself recently devalued many partner awards using SkyMiles, including Virgin Atlantic.

But this move from Virgin Atlantic is even worse. The timing stinks: Not only did Virgin Atlantic start a new year by raising popular award redemptions by as much as 175%, but they did so at a time when most travel is still on hold. Many travelers who were saving up miles for one of these trips – or even canceled a Delta One booking in 2020 – will suddenly be forced to pay much, much more.

A Virgin Atlantic spokesperson downplayed the devaluation, saying: “The recent changes contribute to some considerable savings on reward seats, meaning members can go further for fewer Virgin Points. Across all classes, the redemption pricing remains competitive.”

We'll just let that sit there…

What a horrible way to kick off a new year in the points and miles world.

The biggest downside here is clearly for international Delta One redemptions. Getting to Asia in a Delta One suite now costs a minimum of 130,000 miles. A flight to Australia goes from 75,000 points each way to a whopping 165,000 points.

But the cost varies based on distance. Here's a quick look at how award rates have changed on some popular Delta One routes.

Virgin now carves out an entirely separate award chart for Delta redemptions to and from the U.K. In some cases, there are some marginal savings there – depending on when you fly. For example, a standard business class award from the East Coast or Midwest to London-Heathrow (LHR) will now cost 95,000 miles roundtrip – a savings of 5,000 miles. 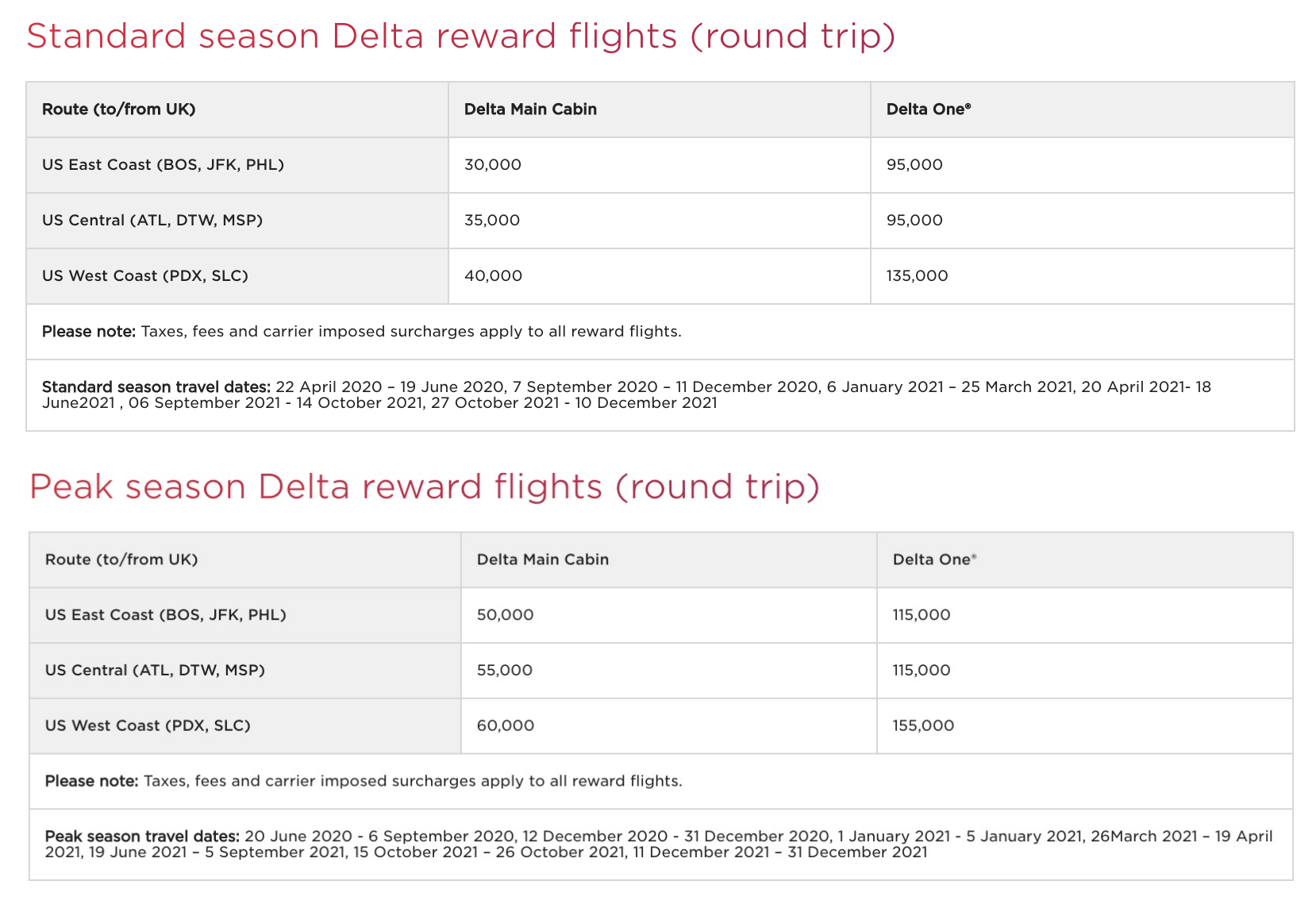 This is a massive blow to the value of Virgin Atlantic miles. It kills off one of the best sweet spots in points and miles, and one of the few ways to book a Delta One suite at a reasonable rate.

Worst of all, Virgin Atlantic did it with absolutely no notice in the middle of a pandemic, when many people are saving up miles or even trying to salvage a canceled trip.