Delta is aiming to start offering free Wi-Fi to all passengers sometime in 2019, Delta CEO Ed Bastian said on Thursday.

The airline has been moving toward a free-for-all Wi-Fi offering since the fall of 2018, when Bastian first indicated it was in the works. Then Delta launched a two-week pilot of the service in May, giving free Wi-Fi to passengers on 55 select flights daily.

Bastian said during Delta's quarterly earnings call Thursday that the test highlighted some issues, but that the airline was still moving ahead. He wouldn't put a firm timeline on when free Wi-Fi would launch systemwide but suggested it would go live sometime in 2019.

“We did conduct two weeks of tests, it was on a limited scale. We learned a lot about the technical capacity challenges when you want to open up wifi free with great broadband capabilities,” Bastian said.

“They will be coming, certainly, later this year,” he added. “We think it’s important.”

Delta's hiccups with its free Wi-Fi pilot highlights one of the glaring concerns about a wide-open offering: that it would tank internet speeds. We've heard from travelers onboard one of Delta's test flights that internet speeds were sluggish, bordering on unusable.

Forcing passengers to pay for Wi-Fi access is an easy way to ensure internet speeds aren’t throttled in the air. It will no doubt take some time for Delta to upgrade its systems to do so. And there's always a possibility that Delta will still charge customers for the high-speed access, offering only a lower quality Wi-Fi access for free.

There was always going to be some speedbumps in Delta's path to launching free Wi-Fi for all. But it seems that even after a limited test run, the airline is still committed to keeping passengers connected in the air.

The Atlanta-based airline already offers some of the best Wi-Fi among the major U.S. airlines, with service on nearly all of its fleet. Delta currently charges at least $16 for a day-long Wi-Fi pass, and nearly double that for international flights. 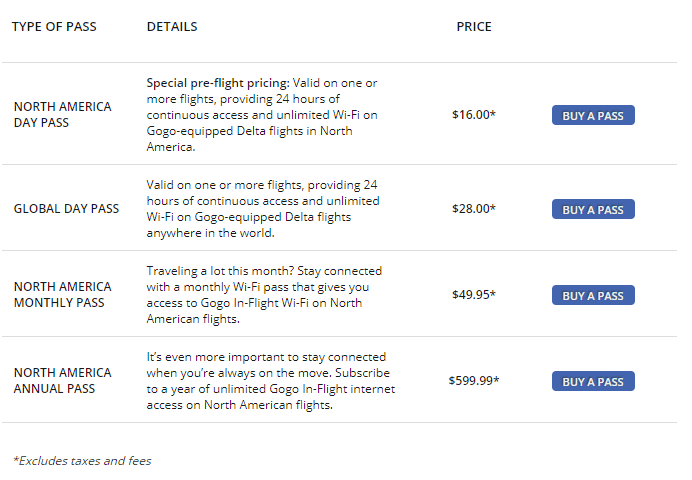 Of course, Delta won’t be the first to offer free inflight Wi-Fi. That distinction goes to jetBlue, which offers free gate to gate Wi-Fi for its passengers. But Delta’s fleet is much larger, and the prospect of free Wi-Fi on even long international flights is promising.

Free Wi-Fi is still likely months away for Delta flyers, but it's coming. Airline CEOs don't make these kinds of statements lightly.