Google has been running its ‘Trips' app since just 2016, branding it as an all-encompassing travel planning tool. It neatly organizes all your reservations by trip, provides suggestions for things to do and adds many other features. It was a great travel tool, and one we recommended to many travelers.

But that's changing. As of today, Aug. 5, Google will be ending support for the app, and it will no longer be available for use. As of Monday morning, the app was still functioning and downloadable via the App Store. But it's time is running out.

Rather than putting this in one smartphone app, Google is splitting off these features into several different platforms.

For example, trip reservations – what I found to be the most useful feature of the Google Trips app – have already migrated to the Google.com/travel hub. 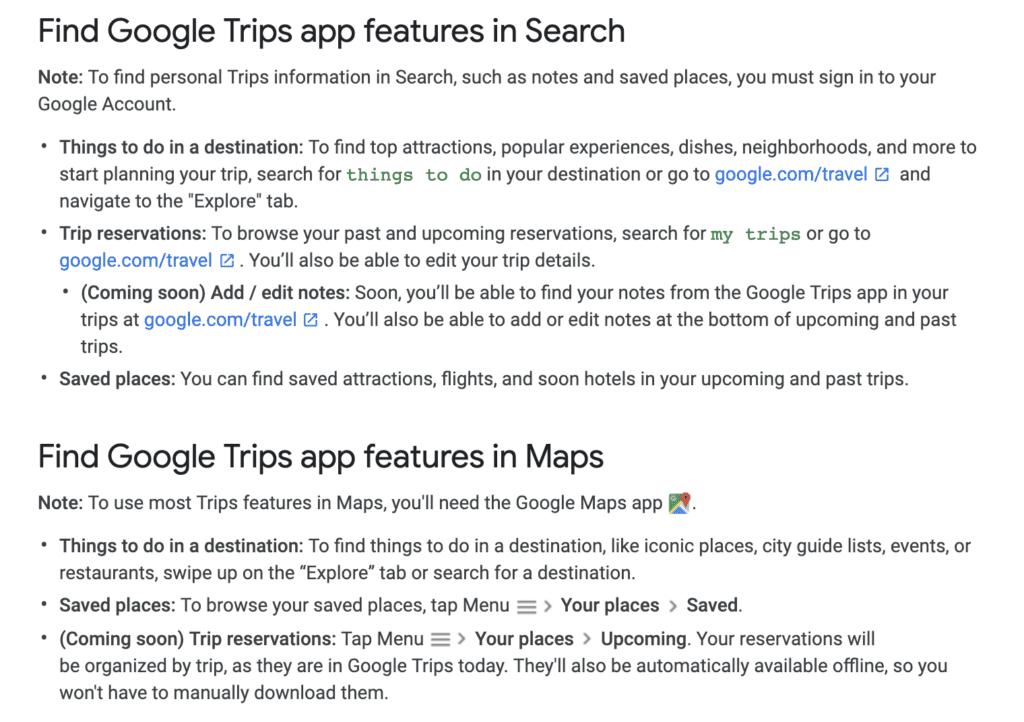 The web giant is also adding that feature and several others – including the “things to do” recommendations – to the Google Maps app, though this isn't yet available at the time of this article publishing.

This seems like an odd decision from Google. Google appeared to be putting a lot of effort into the Google Trips app. Three years after its launch, the app is no more.

It's possible that the app wasn't taking off as they had hoped, and rather than keep the platform running, they saw it wise to embed the most valuable features into Google apps that already have a high adoption rate, like Google Maps.

However, the platform seemed primed to take on Concur's TripIt travel planning app, which is a favorite among many travelers.

We'll have to see how this functions in Google Maps once they add the travel reservations features. But for now, I think I will be migrating back to TripIt as my primary travel planning app.

Google will be ending support for the Trips app today, Aug. 5, after nearly three years. The data within trips will eventually be available on other Google platforms, like Google Maps, but only time will tell if this will be a better solution than TripIt.