Want to Be On Time? Fly Hawaiian, Delta, Alaska, or ... Spirit
Skip to content

From June 2018 through May 2019, Hawaiian Airlines was the most reliable U.S. airline to get travelers to their destinations on time, according to a recent analysis.

Delta and Alaska Airlines followed close behind in on-time performance, arriving on time in 83.4% and 80.7% of their flights, respectively. That's according to the report from OAG, a massive airline and airport data firm.

But it was notorious budget airline Spirit that placed fourth in on-time ranking over the six-month span, as the ultra-low cost carrier continues to shed its image as an unreliable airline. 80.4% of Spirit flights in that period arrived on time – up from less than 74% just three years ago.

These biannual reports paint one of the clearest pictures of which airlines will reliably get you on time … and which won't. Here's a look at all the major U.S. airlines and their on-time performances. 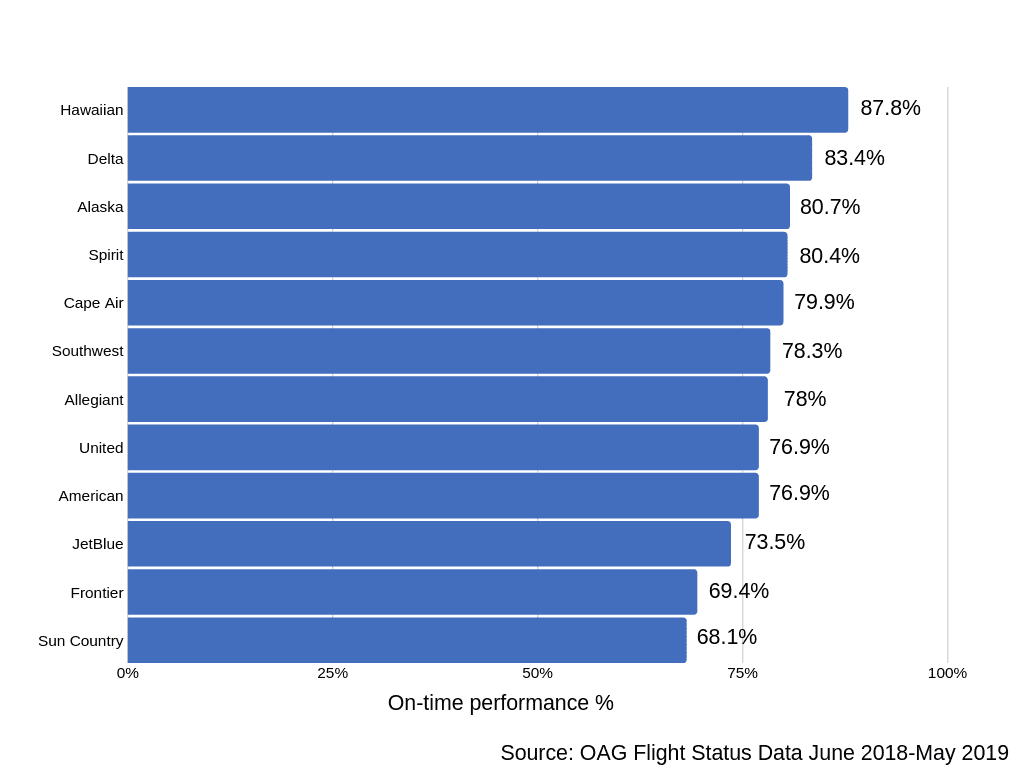 There are a few major takeaways here worth highlighting:

Nobody wants to be delayed on their flights. And while there are flukes, this data from a six-month span should give you some indication of which airlines will get you there on time, and which might be worth avoiding.