How & Where to Score a Cheap, Last-Minute Flight for the Holidays
Skip to content

The same story plays out every year: Travelers see eye-popping flight prices heading into the winter holidays, with fares that keep climbing as the busiest days draw nearer. But this year, we're seeing something different.

Some flights around Christmas and New Year's to popular destinations are staying cheap … and in some cases, they're getting even cheaper. It's by no means universal: Many travelers are still seeing sky-high prices for flights over the next few weeks, especially domestically.

But this turnaround is worth noting. In the last week or so, we've seen a bizarre rash of incredibly cheap flights to Cabo San Lucas and Puerto Vallarta as well as destinations like Tahiti and Montréal over Christmas and New Year's Eve – all unthinkable in year's past. Plus, airlines like Southwest and JetBlue both launched limited yet incredibly valuable holiday sales in the last week, solidifying the trend.

What's going on here and why? Let's dive in, but you already know what it means for you: A last-minute holiday getaway could be well within reach.

We'll start in Mexico, and that's because these deals over the winter holidays are kind of mind-boggling. 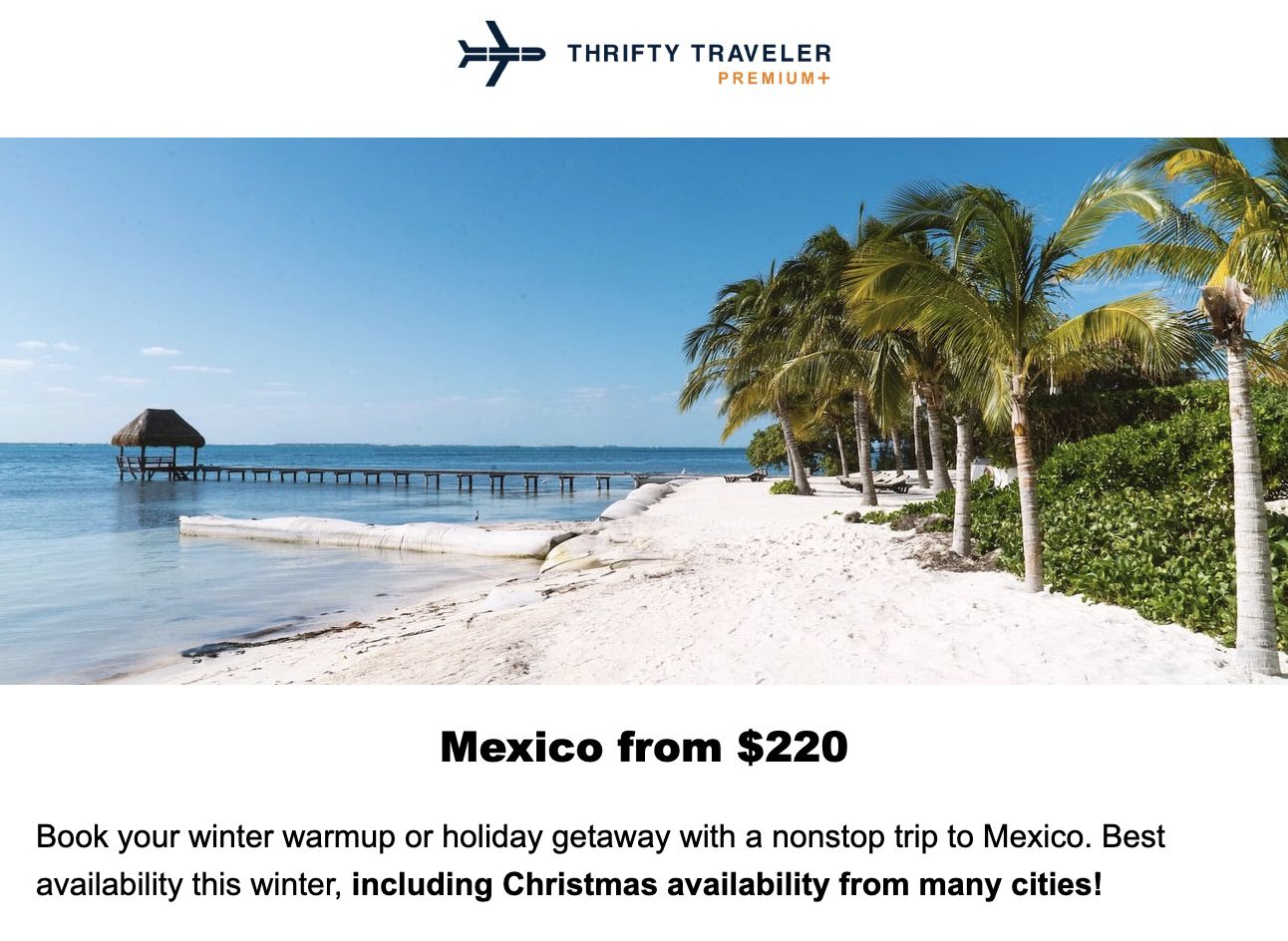 These cheap fares to beach destinations in Mexico first surfaced just last week – a few weeks before Christmas. Getting to Puerto Vallarta (PVR), Cancún (CUN), or Cabo San Lucas (SJD) over the holidays? Why not? Especially when you can get there flying nonstop for under $400!

That's not a one-off, either. Look at this calendar for that same nonstop flight for one-week trips. Typically, booking holiday travel this close to departure is a recipe for paying double, even triple these prices. 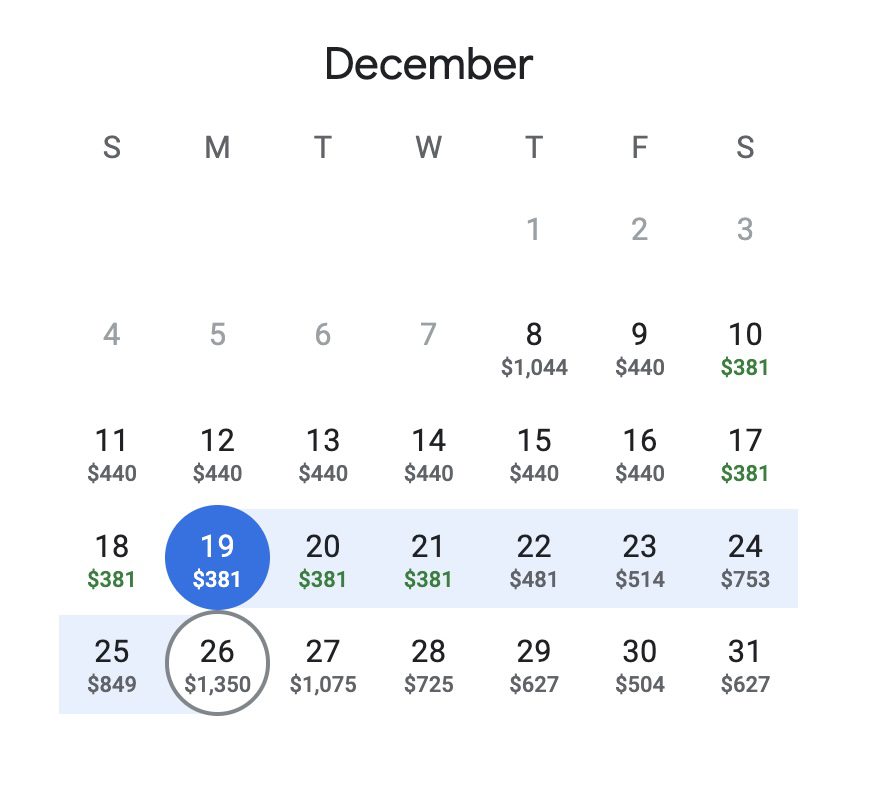 Not based in Minneapolis? The deals spread nearly nationwide, including these nonstop fares from Denver (DEN) and Austin (AUS) down to Mexico over the holidays.

But we can take this trend around the world. A last-minute Christmas holiday in Tahiti sounds like something you'd need Bill Gates money to pull off. Not so fast…

These prices are gone now – get the next one in your inbox with Thrifty Traveler Premium!

There was some great availability on this Tahiti flight deal, too. Not only is this one of the best Tahiti fares we've ever found, but it's over Christmas or New Year's to boot. Crazy! 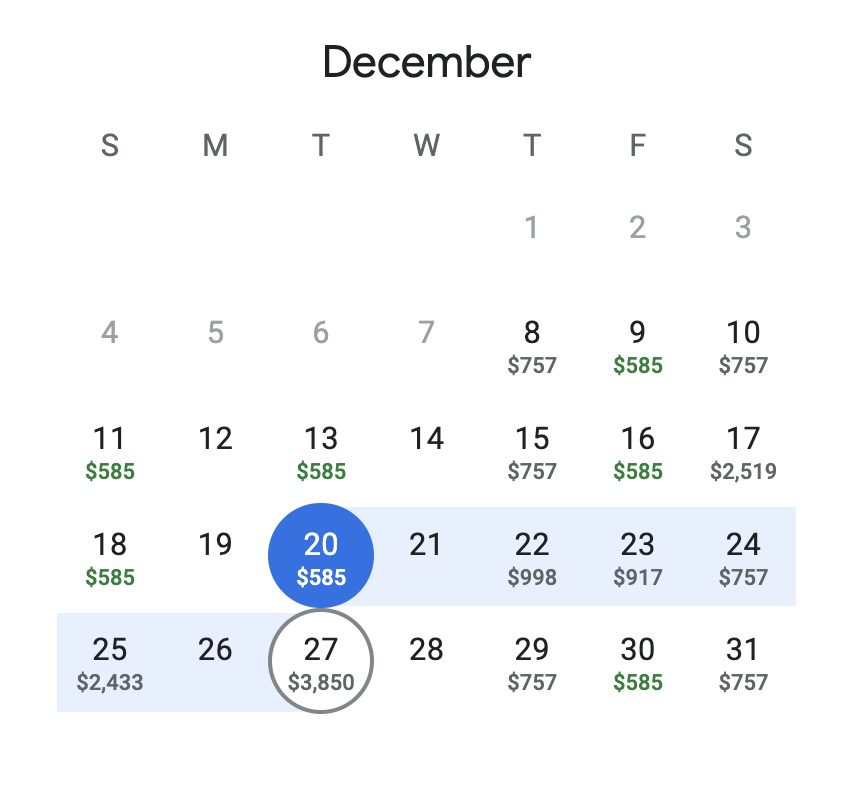 If Tahiti is a little too far for a last-minute trip, we have some closer-to-home options, too. Montréal is a beautiful city with some incredible holiday celebrations. It's a little slice of Europe here in North America, ideal for a Christmas or New Year's getaway. And we've seen some incredibly low fares in the last few weeks to make it happen.

From all the way down in Orlando (MCO), this was one of the lowest fares on our most recent deal over New Year's Eve. But dozens of cities from across the U.S. benefitted from unprecedented cheap fares to Montreal over the holidays.

If you have some points and miles sitting around and want to fly lie-flat over the holidays, it's possible this year too. Christmas or New Year's in London would be bloody delightful, wouldn't it – especially flying United Polaris business class to get there! 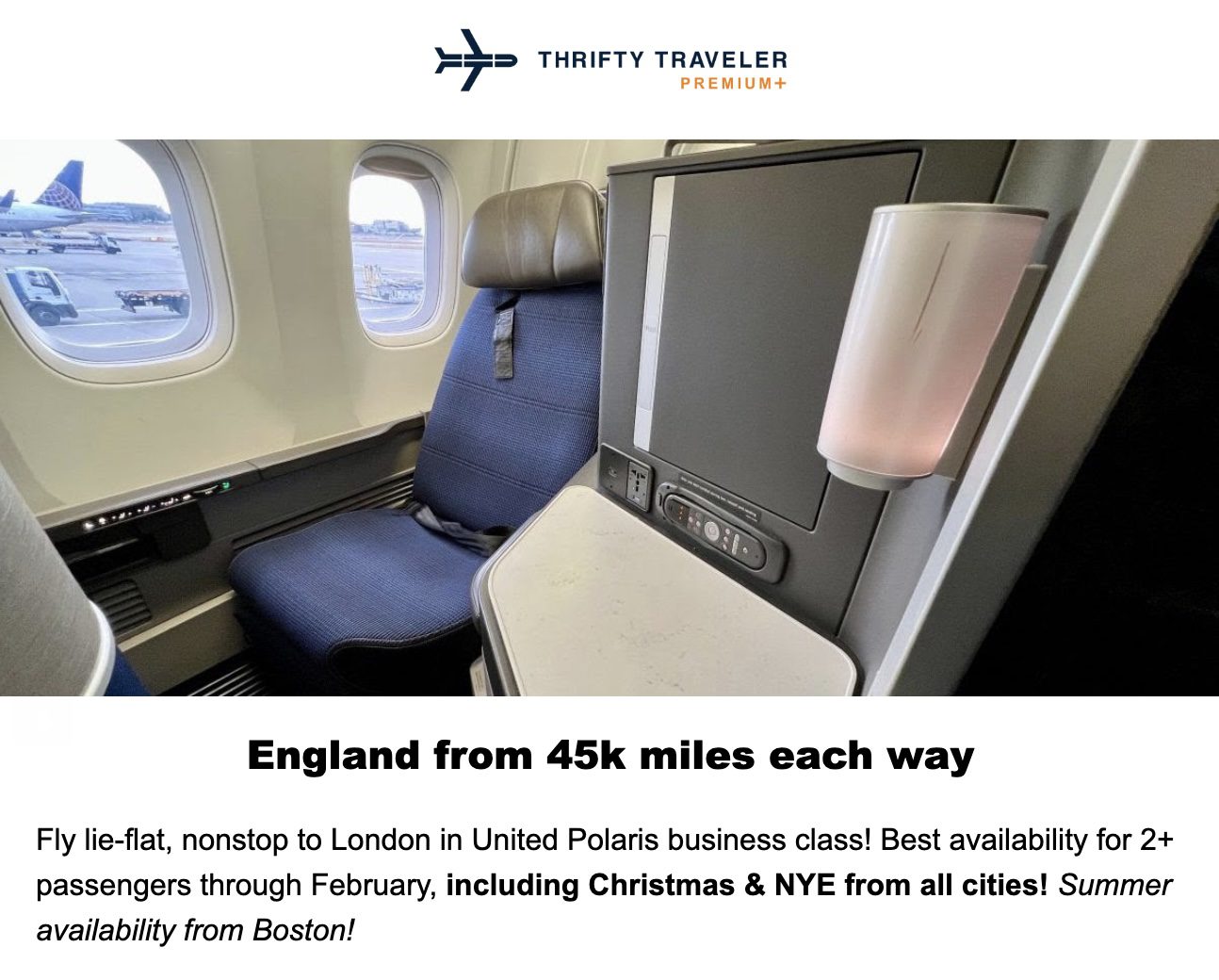 Only our Thrifty Traveler Premium+ members get award alerts to use their points and miles!

Finally, we'll get even closer to home with a holiday trip to the desert. Southwest has been leading the way with cheap domestic fares lately, driving down the prices of airlines like American, Delta, and United. And that means flights to Las Vegas (LAS) have been super cheap lately, including some availability around New Year's. 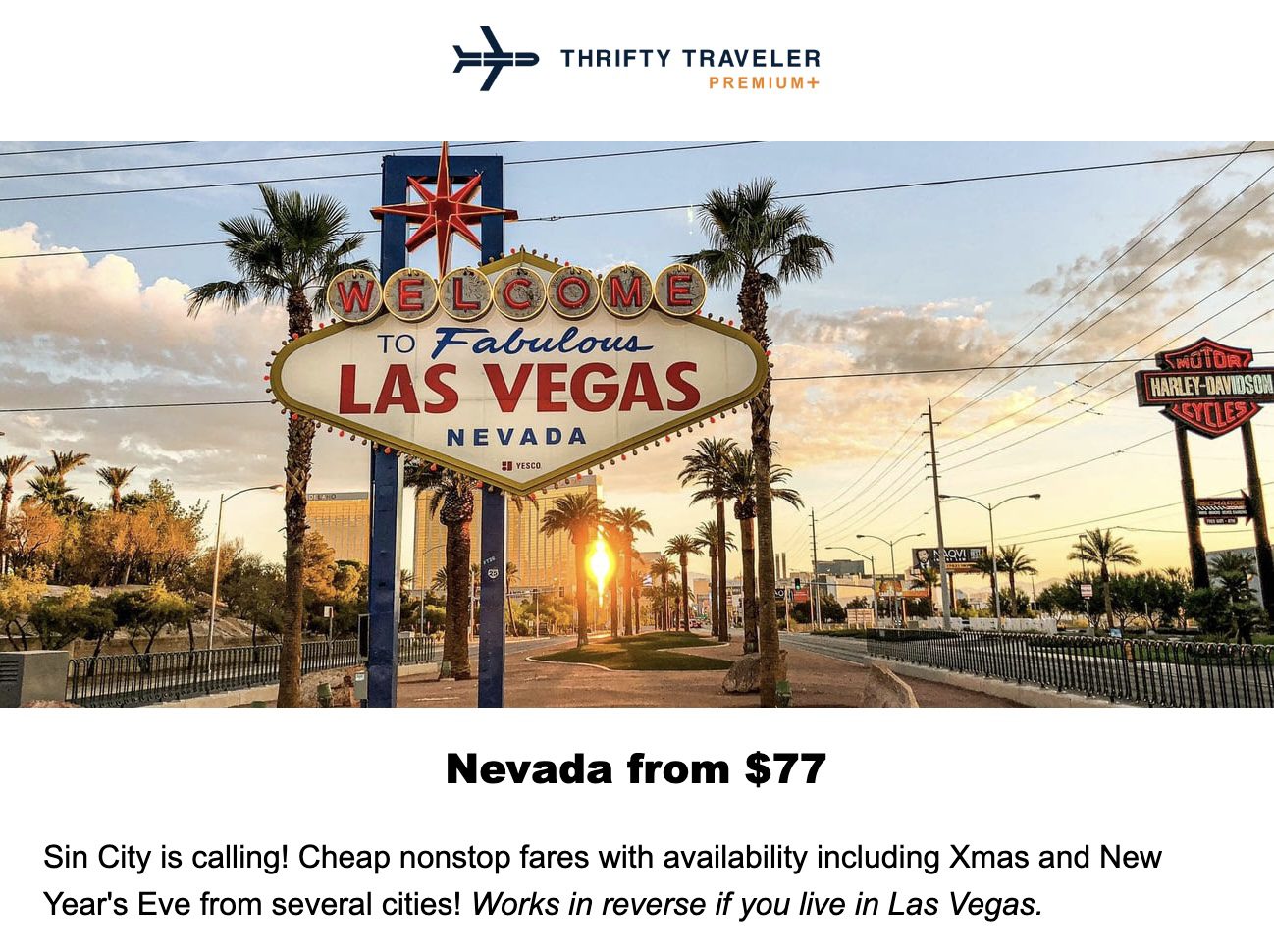 Last but not least, JetBlue and Southwest both launched launched limited time sales lately. While both sales have since expired, airlines almost never discount flights over the busy holidays, when they typically command a premium from flyers anxious to get somewhere. 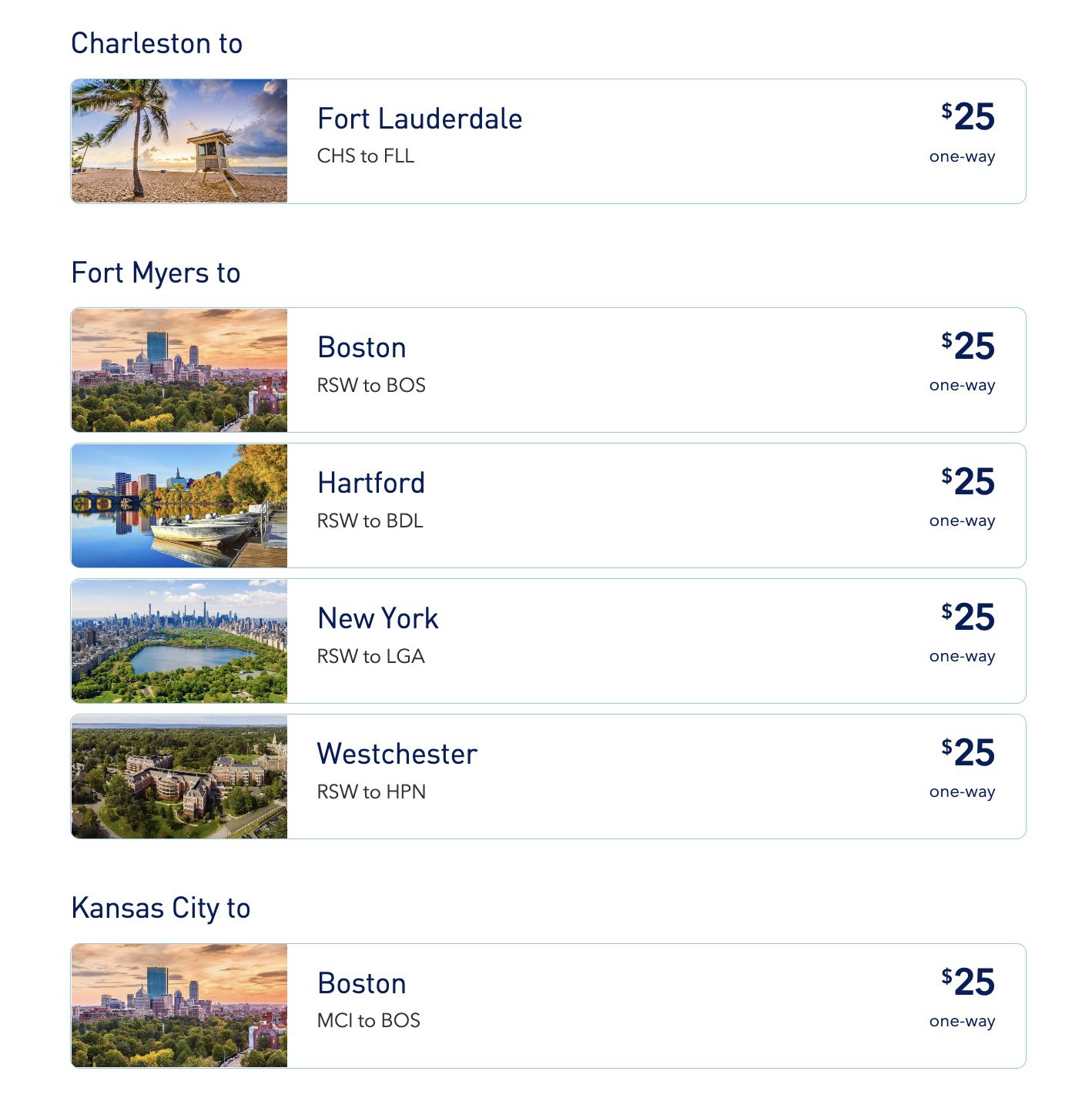 Traveling on the holidays themselves is often cheaper, but these sales were unprecedented. Those JetBlue one-way fares priced out below $25!

To us, the takeaway is clear. Those sales were a symptom of an overarching trend: After months of asking travelers to pay a small fortune, many airlines have realized they went too far, leading to empty seats over the holidays. The best way to fill them up is to cut prices.

Play your cards right, and you can benefit with a cheap holiday getaway.

Last-minute holiday flights aren't usually this cheap, but the flight prices from multiple airlines to some of our favorite world destinations are crazy low.

That doesn't mean you'll see cheap fares everywhere you look. But it could just put a cheap, last-minute trip over the winter holidays within reach, and that's the best present of all.