Something weird is happening with international flights around Christmas and New Year’s this year … and we think you’re going to like it.

In normal times, last-minute flight deals are hard to come by – if not impossible, especially around Christmas and New Year’s. Waiting until just a few weeks before departure is a recipe for expensive flights.

But this year is different: We have found and sent our Thrifty Traveler Premium subscribers some really astoundingly cheap fares across the Atlantic and into the Caribbean for Christmas and New Year’s. If you’ve given up on a Christmas or New Year’s getaway, think again!

This doesn’t mean you’ll find cheaper fares to get home somewhere in the U.S. over the holidays – unfortunately, fares are higher across the board in the U.S. But if you want to get away from home and head somewhere far away (and preferably warm), you’re in luck.

Even though it’s just a few weeks (or even days!) away, here’s some of what we’ve found.

Christmas in Antigua, Belize, or Prague 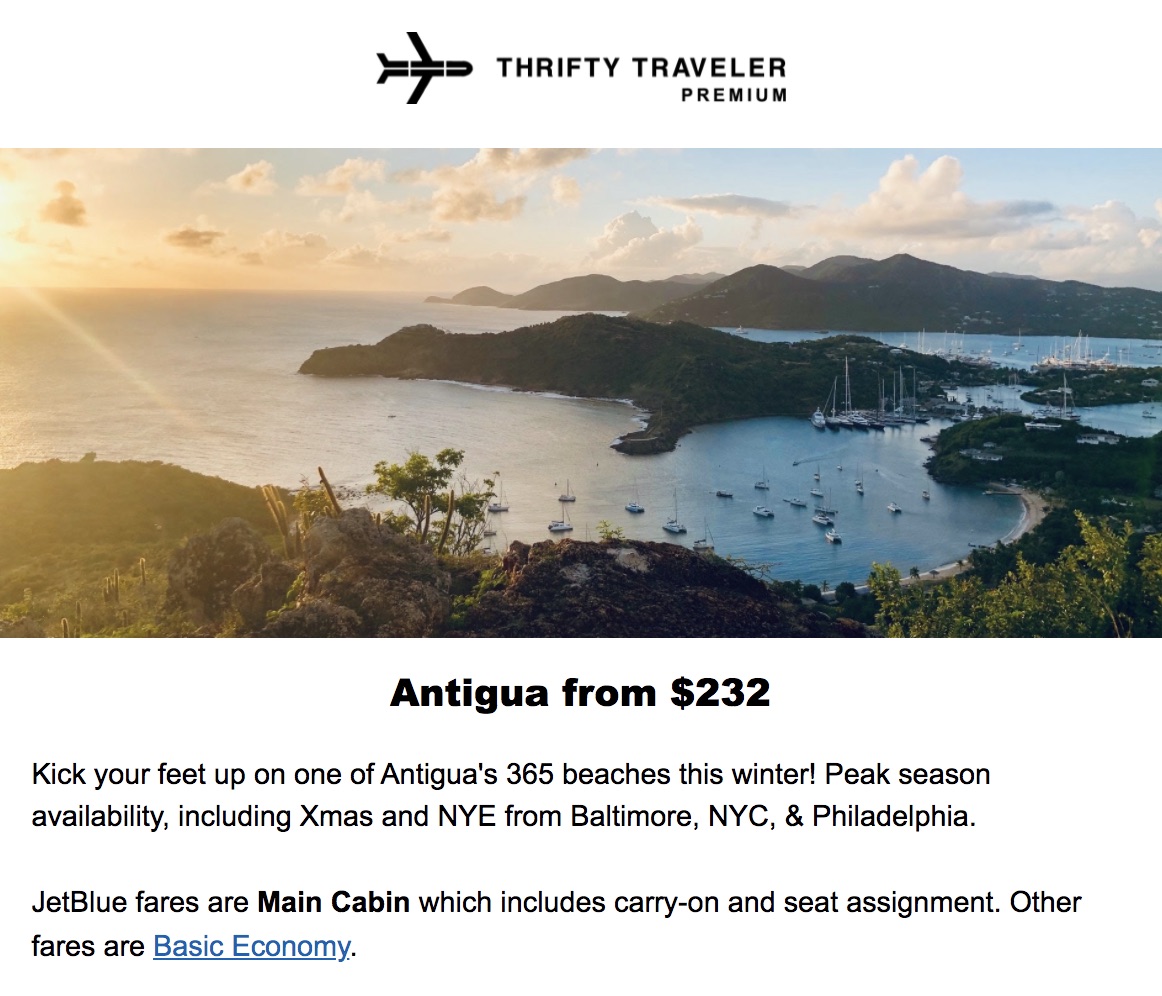 While some of the Christmas-time availability is gone, many dates are still available at just $233 – less than half the normal price!

We love finding great flight deals to the gorgeous Caribbean Sea-facing nation of Belize. It’s a phenomenal destination boasting great weather and some of the best scuba on the planet. But we never expected for the nonstop flights from Minneapolis-St. Paul (MSP) to Belize City (BZE) to go on sale.

And for deeply discounted flights to include Christmas week? That’s almost unheard of!

Despite some recent drastic changes to Delta basic economy fares, you’re in luck. These flights are for travel in 2021, which means even the cheapest basic economy fares would still earn SkyMiles and credits toward Delta Medallion Status. Come 2022, that’ll no longer be the case.

Christmas in Prague? Now you’re just showing off. We couldn’t believe we found fares in the $500s for travel to the charming Czech city for Christmas in 2021!

If you want to escape the cluttered masses of Christmas and New Year’s in Manhattan, take the E Train to Jamaica Station, the Air Train to JFK, and two KLM flights to Prague instead. The ball will drop fine without you.

In addition to these fantastic Christmas deals, getting out of dodge to ring in 2022 also might not be out of reach.

These deals, some of which we sent out to Thrifty Traveler Premium subscribers months ago, can help you get to some iconic European destinations to ring in the New Year. And despite the fact that the New Year is just weeks away, low fares are still out there. 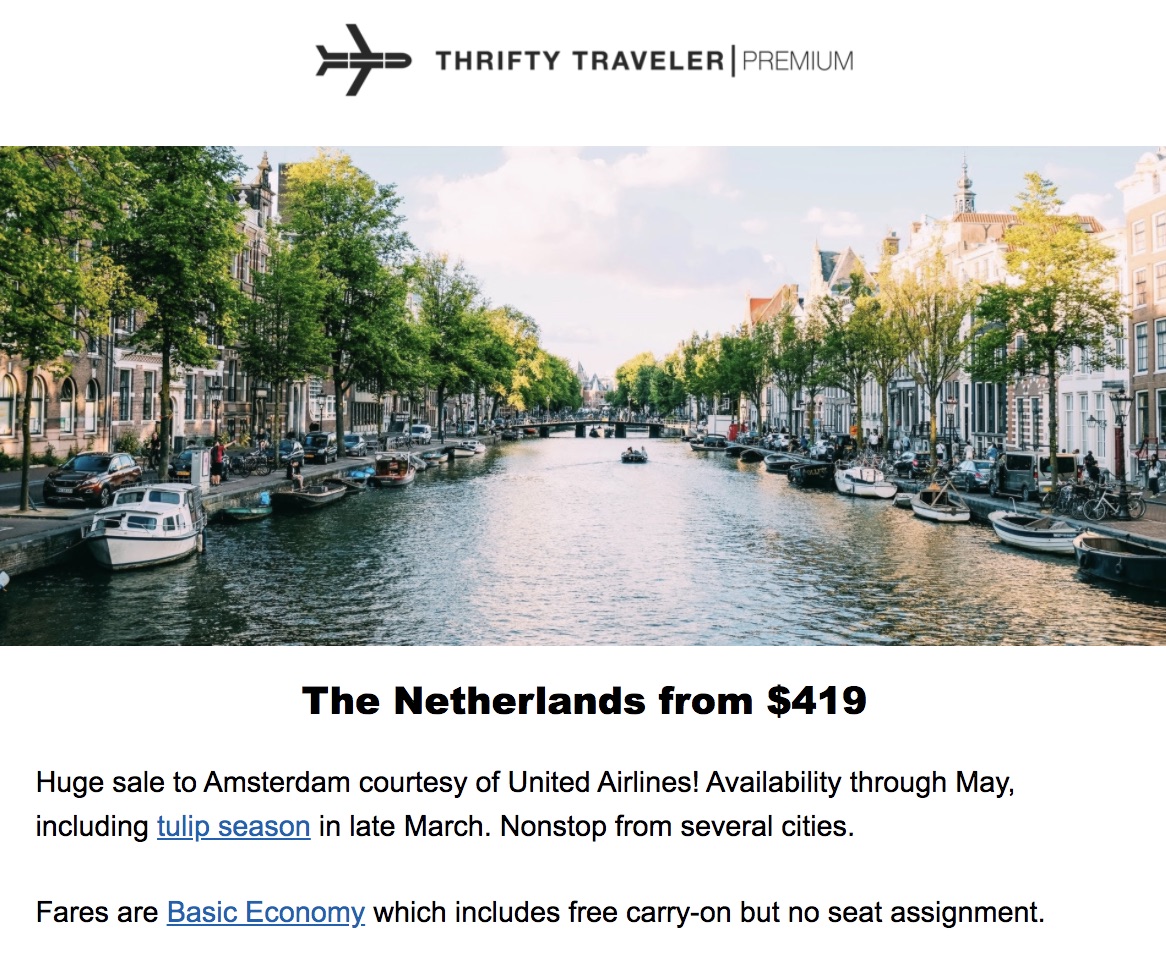 This deal we sent to subscribers featured a ton of nonstop action across the Atlantic into Amsterdam, where you can spend New Year’s (and even Christmas, from some cities) for some great, low rates.

The easy, nonstop destinations like Amsterdam are a great option for travelers looking to get away. But if you want something a little fancier or different, we’ve got you covered there, too. How about a trip to the French Riviera to ring in the New Year?

Flights to the likes of Nice (NCE) are rarely cheap, let alone over New Year’s Eve. But these flights from Chicago-O’Hare (ORD) clocked in at nearly half the normal price.

That’s right! Hop on an Air France flight at O’Hare on the night of the 30th and land in the French Riviera just before noon on New Year’s Eve! Kick-off your new year with a jaunt through the south of France.

If you’re looking for a little Italian flavor to ring in the New Year, we’ve got you covered there, too. 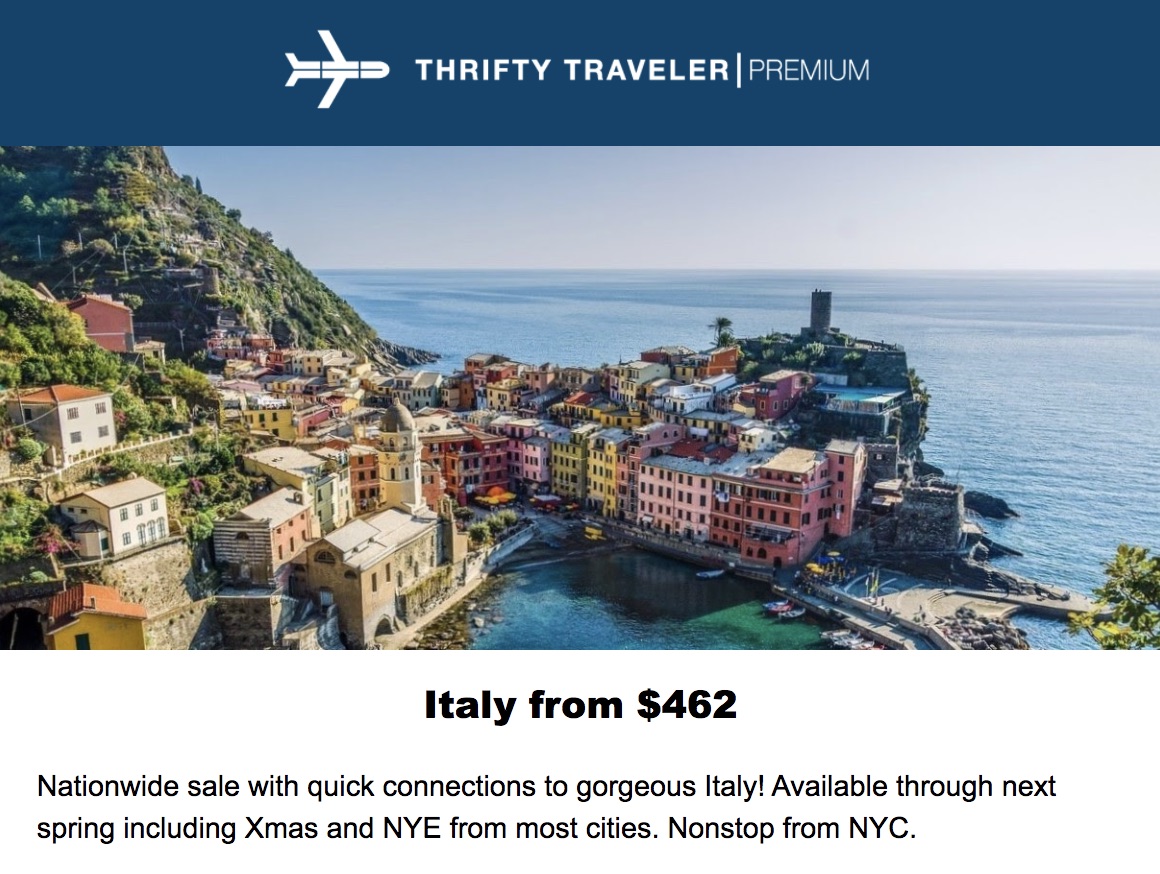 For this one, I’d recommend shifting your New Year’s resolution about eating lighter to Jan. 7 after you get home, because you’re going to want to do Italy right.

For less than $600, you can fly from the as far as the West Coast all the way to Milan (MXP) just in time to celebrate the New Year. Plus, Seattle is just one of many cities benefitting from cheap New Year’s fares to Italy.

That late December image of an idyllic winter wonderland probably looks something like Switzerland, though.

We sent out this deal to Switzerland months ago with fares nearly 70% off fares to the beautiful nation in the heart of the Alps. Those crazy low fares are long gone now, but fares in the $500s to a place like Geneva (GVA) are still a great deal – especially to celebrate New Year’s.

This flight from Los Angeles (LAX) to Geneva (GVA) gets you from gridlock on the 405 to a pot of fondue in the snowy Alps for just $564!

We don’t normally do this … because this doesn’t normally happen. Cheap last-minute flights, especially to destinations across the Caribbean or across the pond, are extremely hard to come by for a Christmas or New Year’s getaway.

This year, however, something different is happening. The result is some incredible, last-minute deals for travel over Christmas and New Year’s 2021.

When the clock strikes midnight on Jan. 1, where will you be?