It may be overshadowed by its neighbors to the north and south, but it’s time for Belize to step into the spotlight. This Central American nation offers world-famous scuba diving, pristine beaches, and an archipelago fit for even the most adventurous island-hoppers.

Here’s the best part: Savvy travelers are finding their way to Belize thanks to dropping flight prices.

Again and again and again, we’ve found dirt-cheap fares down to Belize at prices that were once unthinkable … like hovering around just $200 roundtrip! In the last few months alone, we’ve sent our Thrifty Traveler Premium members more flight alerts to Belize than in the last few years. That includes nonstop flights from the likes of Dallas-Fort Worth (DFW), Denver (DEN), and Minneapolis-St. Paul (MSP) for under $250 – but not much more even from smaller regional airports.

Our Belize deals have been some of the most popular we’ve sent. But why?

There’s a lot to love in Belize, including its location south of Cancún on the western side of the Caribbean Sea. 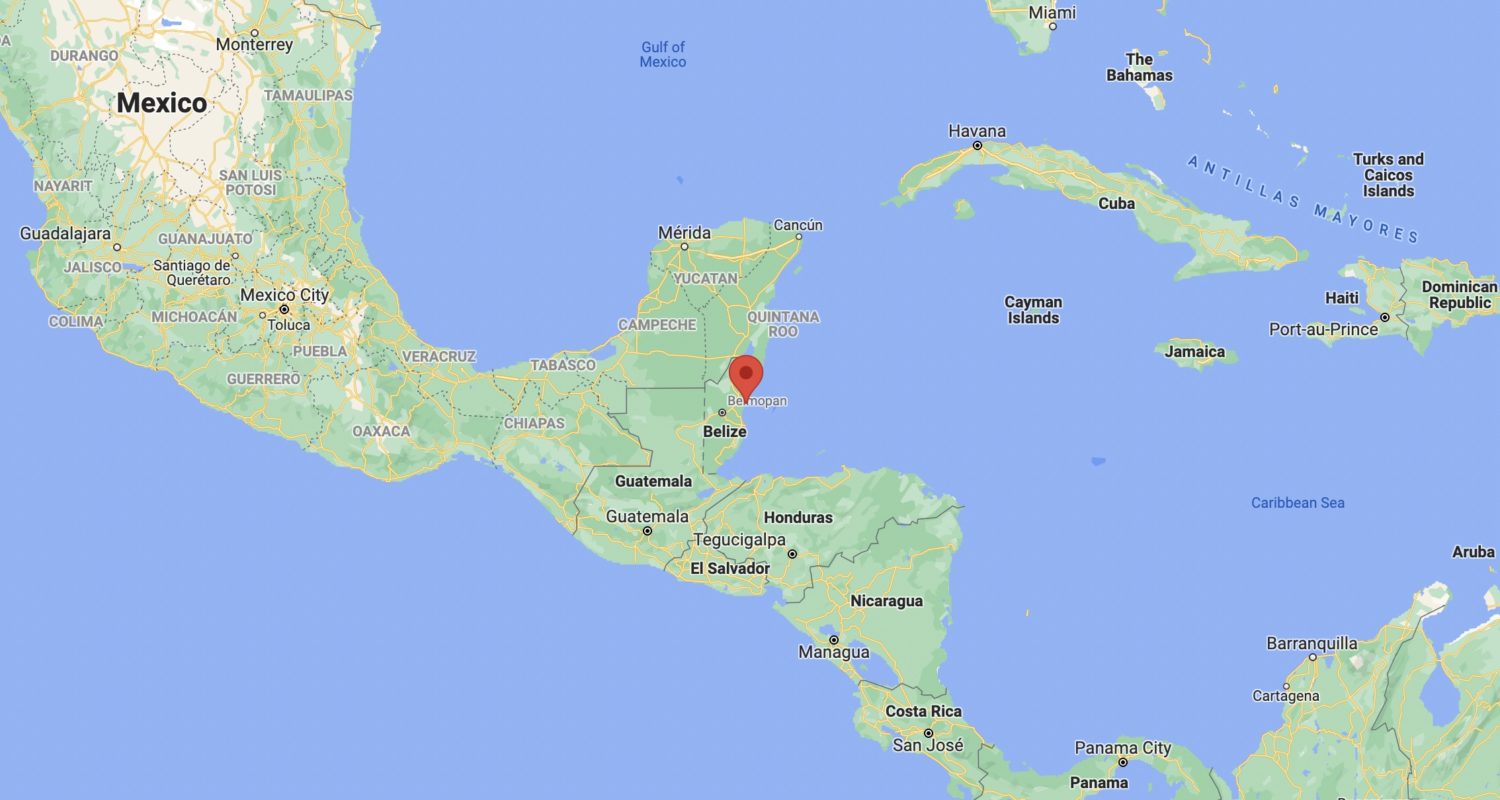 Its neighbors in Costa Rica, Mexico, and the Caribbean get all the attention, but as you can see, Belize is a perfect place to enjoy the Caribbean.

Because of its location, the flights to Belize aren’t very long. Among the nonstop options, Houston is among the shortest origin points at just about 2 hours away. Nonstop flights from Minneapolis, meanwhile, clock in at about 4 hours, 45 minutes.

Depending on your connections, you’re unlikely to burn a whole day traveling to Belize – or even switch time zones – yet still feel a world away once you get there.

I’ll admit that I’m no scuba expert. So let’s turn to the expertise of Scuba Diving magazine, which raves about Belize as a scuba destination.

According to their experts, Belize is home to the hemisphere’s longest reef and access to a diving location called the Great Blue Hole. 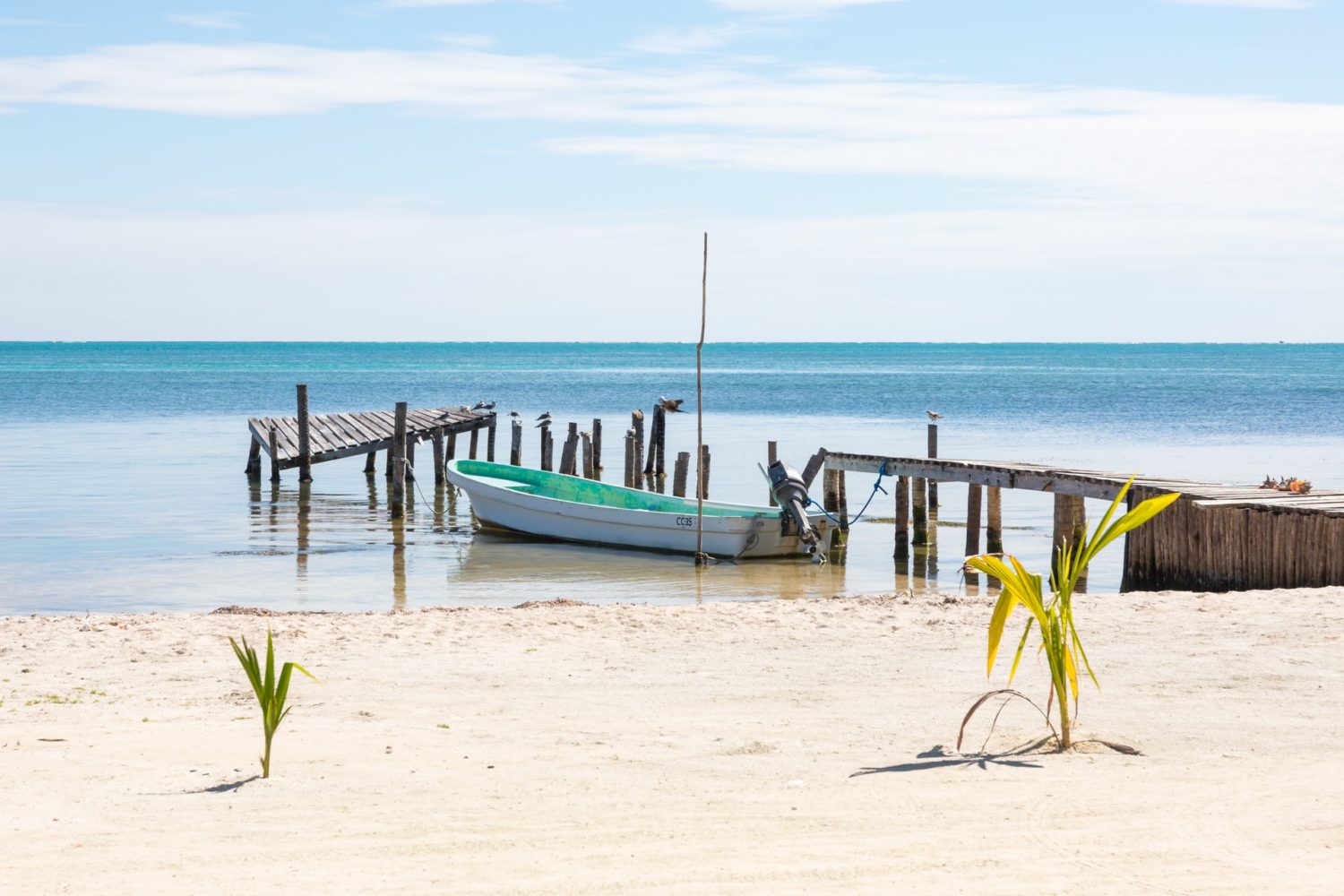 Plus, Scuba Diving magazine says diving in Belize is pristine all-year-round with water temperatures ranging from 78 to 84 degrees Fahrenheit.

Divers in Belize can get used to seeing whale sharks, yellowtail snappers, eagle rays, and garden eels, the experts say.

Belize boasts more than 200 islands, or cayes. Caye Caulker and Ambergris Caye are among the most popular, but you can spend a month exploring the islands off the coast of Belize and still never get to know them all.

They all have a lot to offer, but this list of seven great ones is a good place to start. 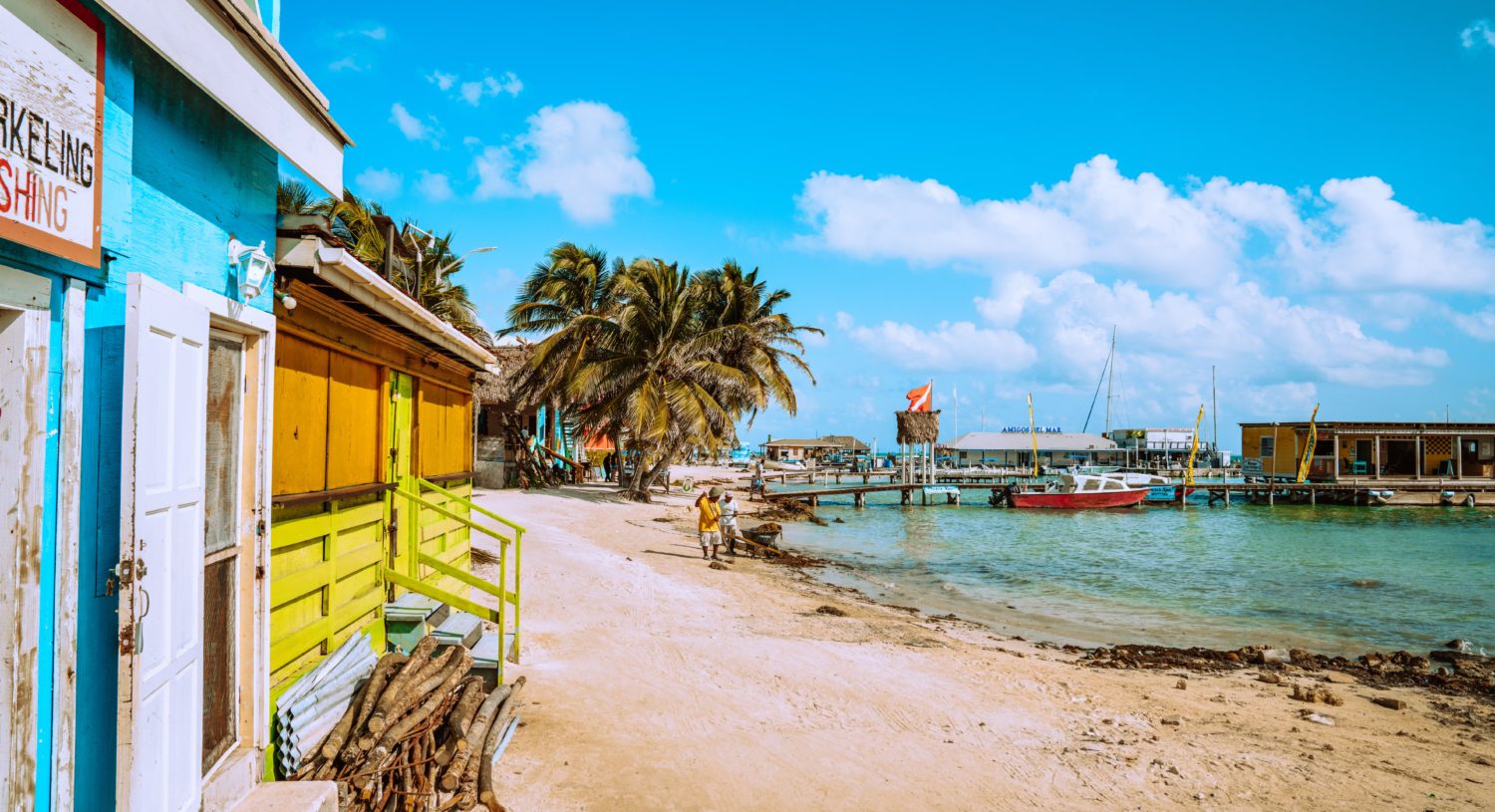 Hop on a boat and go see some of these magnificent cayes, all of which are within about three hours of the main hub in Belize City (BZE). Whether you’re into snorkeling, grabbing a bite to eat, or doing some hardcore oceanside hammocking, there’s a caye for you.

It wasn’t too long ago that cheap flights to Belize were hard to come by. But as tourists look to expand beyond their usual beachside haunts and airlines have added additional nonstop flights, we’ve seen prices tumble to this Caribbean Sea destination in 2021 and again in 2022. 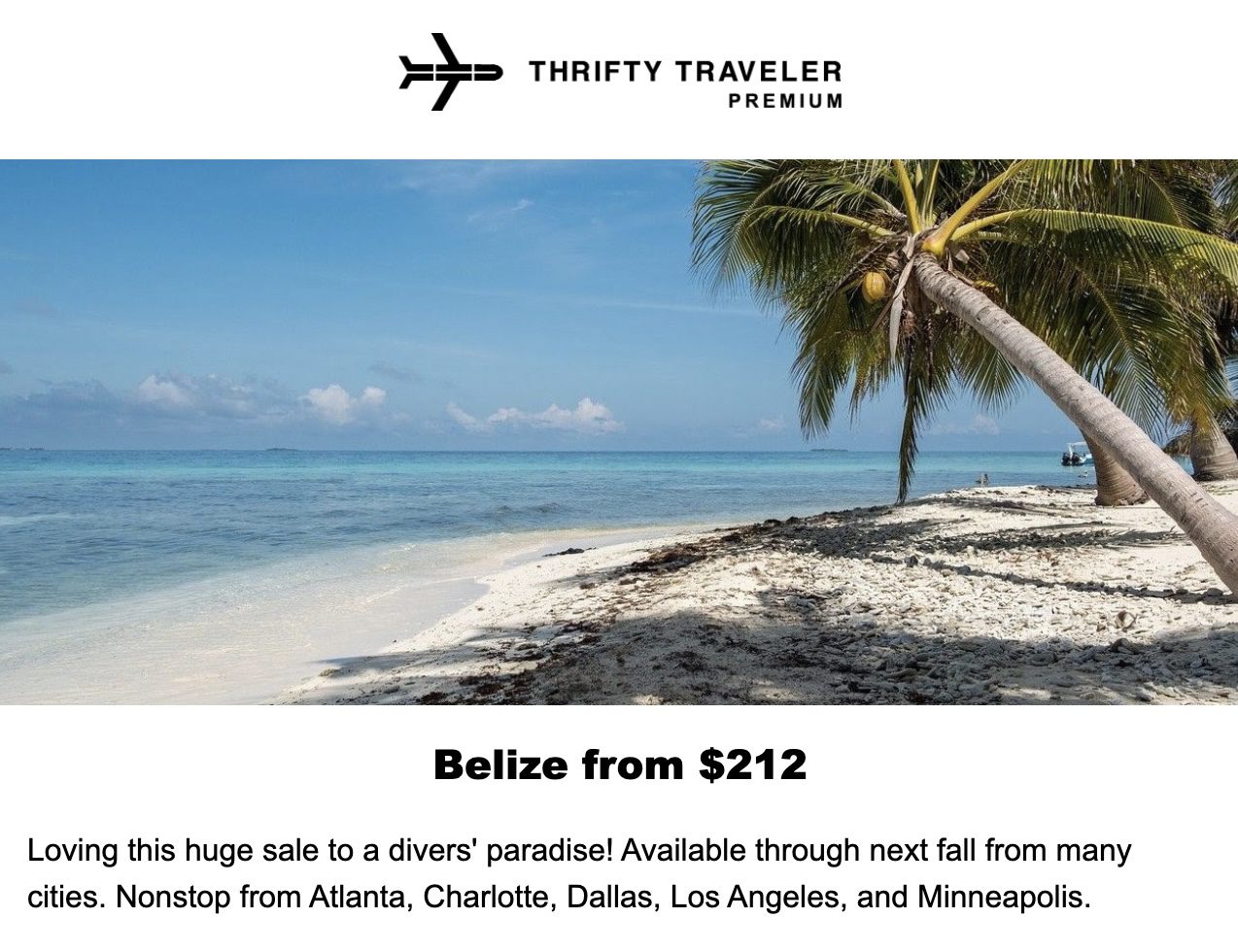 This is just one example of the many deals we’ve sent Thrifty Traveler Premium subscribers this year. The prices we found before and after this one are equally impressive.

As you can see, there are nonstop options to Belize from a handful of U.S. airports. And it doesn’t have to cost more than a simple flight to Cancún – or even California.

This relatively new nonstop flight from Minneapolis to Belize City went on sale a few times over the last couple of months. At one point, this fare was available during Christmas 2021!

But Minneapolis isn’t the only departure airport we found nonstop flights from. 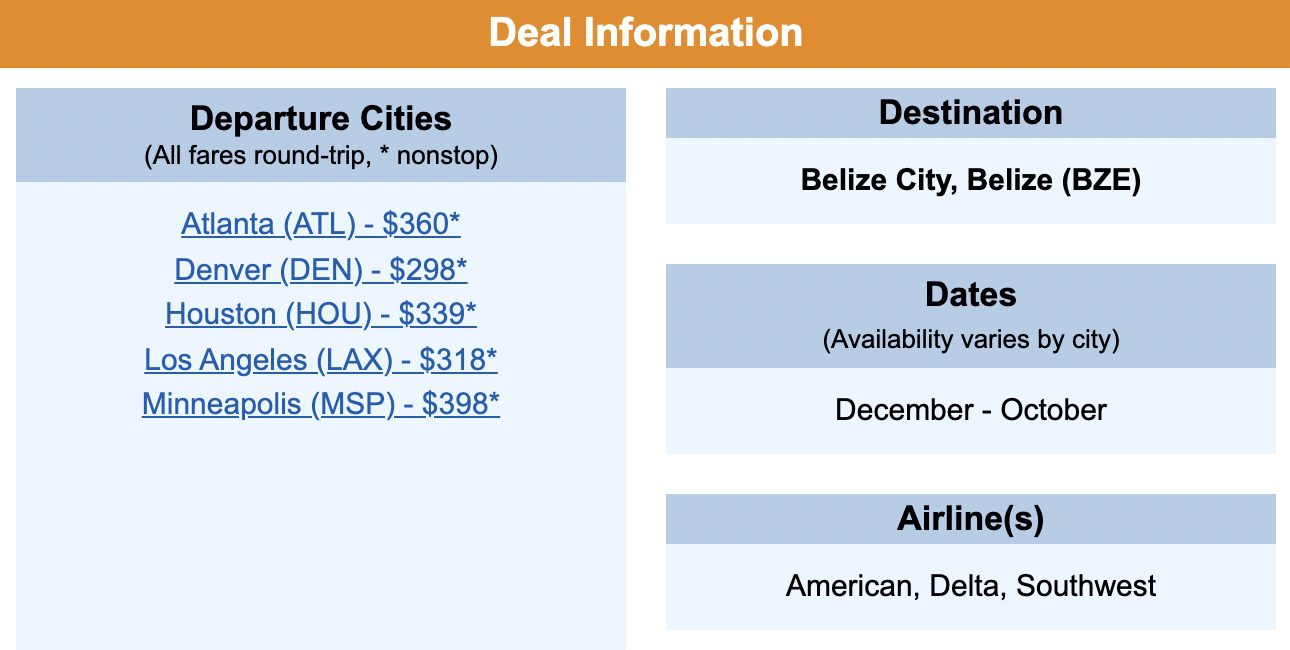 As you can see, this deal included American and Delta flights, but we also found some great Southwest Airlines fares down Belize as the Texas-based carrier helped drive competitive pricing.

This nonstop flight from Denver (DEN) cost each passenger less than $300 on Southwest, with similar fares out of Southwest’s hub in Houston (HOU).

But if you don’t live near one of these major airports with nonstop service to Belize, don’t fret! With quick connections, dozens of U.S. airports were getting in on the cheap flight action this fall and winter. These flight deals are gone now! Get instant alerts for the next great fare with Thrifty Traveler Premium!

And that’s just a small sample of the airports included in this deal when we first found it. If you’re willing to stomach a short layover, you can get to Belize for way, way less in 2022.

Have a few Delta eCredits to burn? I think we just came up with a solution.

This fare from Baltimore (BWI) to Belize with a quick stop in Atlanta (ATL) both ways came at a super low price.

Belize is hot right now – and for good reason. Its reputation as a scuba diving mecca with a unique network of cayes makes it an alluring vacation destination on the Caribbean Sea.

Add in the expansion of nonstop (or quick one-connection) flights and competition between the airlines to get winter-weary travelers to someplace new, and we’re seeing some once-unthinkably cheap flights to Belize.

It’s quickly climbing our travel bucket list … and we think it deserves your attention, too.