While U.S. carriers have canceled tens of thousands of flights, a TikTok diving into the weeds of getting a payoff from the airlines has exploded on the internet.

It's racked up 35 million views and counting in the last two weeks. Watch the whole thing below.

But here's the thing: It doesn't mean what many travelers and everyday Americans have clearly assumed it means. This won't help you if your flight gets delayed or canceled, as has been happening so often lately.

Don't get me wrong: Kullberg's TikTok is 100% accurate. And it's really, really good. But we've lost track of how many readers have sent us this, flagging a lucrative and little-known opportunity to squeeze the airlines for financial compensation when things go wrong. Some even countered our recent op-ed calling for greater passenger rights and protections, pointing to this viral TikTok as proof that compensation during disruptions is already available.

The reality is that this kind of compensation Kullberg lays out only crops up in increasingly rare scenarios – and it has nothing to do with the mass cancellations we've seen lately that have left millions of travelers stranded, stressed, and looking for a way to get something back from their airlines.

What The TikTok is Really About

Say it with me: Involuntary denied boarding.

Those three words are crucial. Kullberg even spells that out clear as day. In plain language, involuntary denied boarding happens when the airline bumps you, without your permission, from an oversold flight. Here's how the Department of Transportation spells it out:

It's true that airlines oversell flights. In an effort to fill as many seats as possible, airlines use complex algorithms to predict how many travelers will no-show or miss their connections. When they get it wrong, flights get oversold. It happens.

And if it happens to you, Kullberg is right: You may be legally entitled to compensation. There are exceptions, like in the event of seat downgrades or when an airline swaps to a smaller aircraft and suddenly has to move passengers to a different flight. If not, the required compensation is clearly spelled out by the Department of Transportation, depending on how long of a delay you experience by getting moved to a subsequent flight. 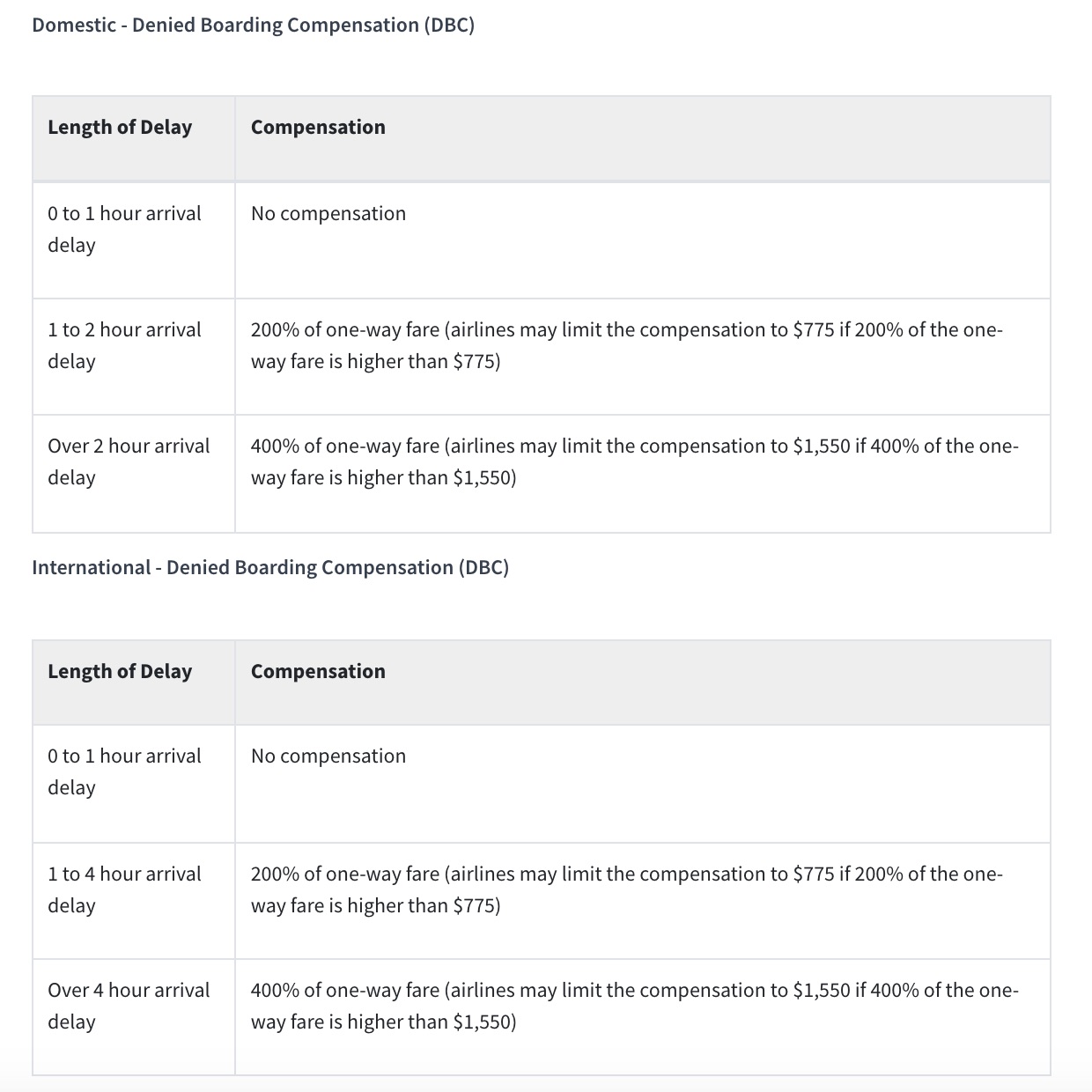 Things only get this far when airlines fail to get enough volunteers to change flights and get on the next one – often for a big voucher or gift card. If there's one thing Kullberg missed in her TikTok, it's this: Airlines often resolve the situation by getting enough volunteers.

But when they don't, this is one of the precious few rights air travelers have in this country – and one of the few avenues we've got to get compensation from an airline when things don't go according to plan.

But that's pretty much it. In the U.S., there's no right to additional compensation for delays or canceled flights. There's not even a legal requirement for airlines to put you up in a hotel when a cancellation leaves you stranded overnight – though some carriers will offer it, that's up to them to decide.

Read more: It's Time for the U.S. to Step Up For Travelers' Rights

An infamous and horrifying instance of involuntary denied boarding back in 2017 has helped make these scenarios far less common than they once were.

Almost everyone remembers the troubling footage of David Dao, who was forcibly dragged off an April 2017 United Express flight after refusing to leave his seat on the plane from Chicago-O'Hare (ORD) to Louisville (SDF). Yes, Dao was involuntarily denied boarding.

That incident sparked some major changes. For starters, airlines can no longer deny passengers boarding after they're actually on the plane. But airlines have also scaled back how much they oversell flights. And they've gotten much smarter – and more generous – when it comes to soliciting volunteers to take a different flight in order free up seats.

Eager to avoid a repeat, many airlines drastically increased how much they're willing to offer passengers who volunteer – Delta most notably raised that threshold to almost $10,000. They've also implemented better systems to find enough volunteers earlier, gathering “bids” from passengers on what it would take to give up their seat for a later flight.

The result is some crazy headlines like a $4,000 payout for taking a flight nine hours later or a passenger heading to Iceland who pocketed $4,500 to take the next day's flight to Reykjavik (KEF). Either way, it's potentially far more than what you'd be entitled to under the law if you're involuntarily bumped.

The other result? This just isn't happening nearly as much anymore. A 2019 report from the U.S. Government Accountability Office showed the practice has continued to decrease. In 2018, just 1 in every 100,000 passengers was involuntarily denied boarding. 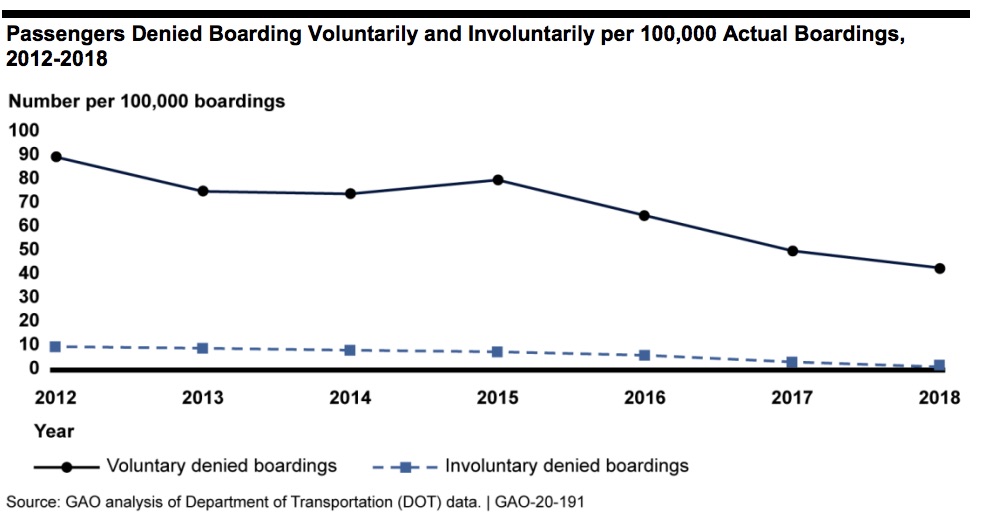 This is a great TikTok. It shines the light on one of the few protections we've got as flyers in the U.S. If you get bumped without permission from your flight, you may be able to get some money from the airline.

Keep it in your back pocket, just in case. But don't count on using it to your advantage any time soon.