If you've got credit card points from banks like Chase Ultimate Rewards or American Express Membership Rewards, nothing is better than a good transfer bonus. But you may want to hurry to take advantage, because two outstanding transfer bonuses that can get you up to 40% more miles are ending soon.

For the last month and a half, American Express has offered a massive 40% bonus when transferring Amex points to British Airways. At the same time, Chase is offering a 25% bonus if you send your Ultimate Rewards points to your Air France/KLM Flying Blue account.

Both of these transfer bonuses will end after Sunday, May 15. That means you've got just a few days left to come up with a plan to put these bonuses to use. 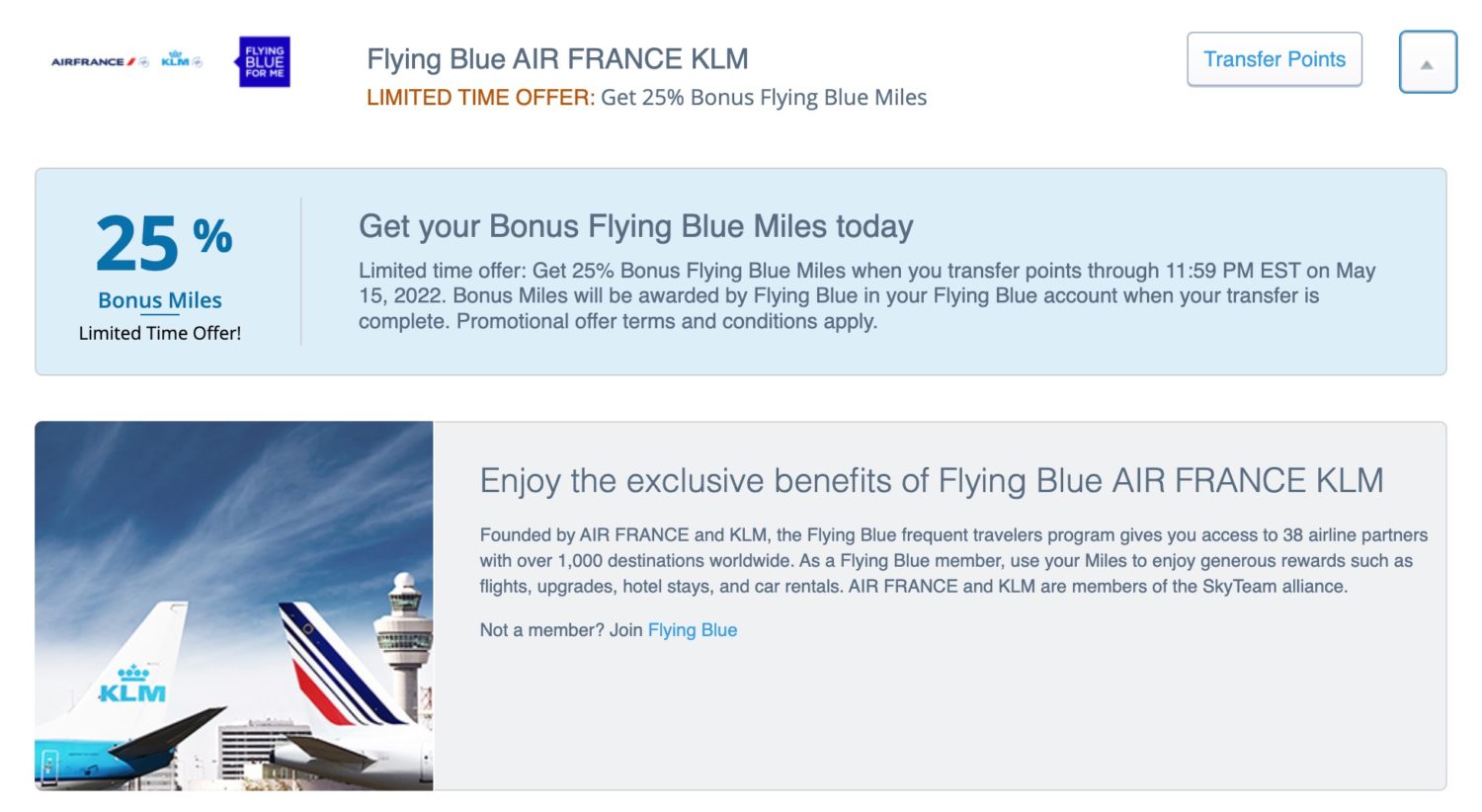 Whether you get 25% more when transferring Chase points or 40% extra from your Amex points, transfer bonuses like these are great because they’re basically free airline miles. But no matter how big the bonus, you should never transfer points without a purpose to use them in mind and confirming the flights you want are available. These transfers are a one-way street – you can’t get them back to your credit card account.

Fortunately, there are plenty of great ways to maximize either of these bonuses. Here's a quick rundown of some options for each.

Best Ways to Maximize a 40% Bonus to BA

Thanks to its place in the Oneworld Alliance, there are plenty of great ways to use British Airways Avios. It's one of the best ways to get to Hawaii using points. It can unlock one of the cheapest ways to fly business class to Europe using miles. And thanks to a recent-tie up with Qatar Airways, it's now the easiest way to book Qatar Qsuites!

Hawaii and Back for 19K Points

One of the cheapest ways to book flights to Hawaii involves … British Airways?

That’s right: You can book flights to Hawaii with miles from the massive U.K. carrier, using British Airways Avios to fly American Airlines out to the islands.

While American Airlines frequently charges 45,000 AAdvantage miles or more for these flights, you can fly from the West Coast to Hawaii for just 26,000 Avios. Factor in the 40% transfer bonus, and you need just 19,000 Amex points to make it happen.

The trick to getting these ultra-low rates is starting your search in Los Angeles (LAX) or Phoenix (PHX), both of which have nonstop service to the islands. You can also start from other cities like Seattle (SEA), Portland (PDX) San Francisco (SFO), San Jose (SJC), or San Diego (SAN), as Alaska Airlines nonstops to Hawaii are also bookable at these rates.

Read more on the cheapest ways to get to Hawaii using points and miles!

Availability to book these American Airlines flights via British Airways is typically quite solid – especially if you’re looking at least a few months in advance. The same is true of Alaska Airlines.

Roundtrip to Spain for 25K Points

Most airlines charge about 60,000 to 70,000 miles to fly from the U.S. to Europe and back. One airline can get you there and back for half that price.

It’s Iberia, the Spanish flag carrier. Depart from the right cities and at the right time, and you can score round-trip flights straight to Madrid (MAD) for just 34,000 miles plus about $200 in taxes and fees – or just 25,000 Amex points with this transfer bonus. While you won't get a 40% bonus sending Amex points straight to Iberia, there's a workaround to do it.

The laws of airline miles say that you can't transfer miles from one airline to another. But British Airways and Iberia are an exception to that law. So long as both accounts have been open for at least 90 days and remain active, you can transfer Avios between the two airline accounts. Read our guide to combining Avios between BA and Iberia!

That means you can transfer 25,000 Amex points to your British Airways account, kick them over to Iberia, and then book a roundtrip flight to Madrid like this.

The trick? Iberia’s distance-based award pricing system means you have to start your journey from the East Coast hubs of Boston (BOS), Washington, D.C.-Dulles (IAD) or New York City (JFK). Luckily for Midwesterners, Chicago-O’Hare (ORD) still works at this price, too – despite some recent troubling signs. Departing from other Iberia outposts like Miami (MIA), Dallas-Fort Worth (DFW), San Francisco (SFO), or Los Angeles (LAX) will cost you more miles.

You also need to time it right. Iberia uses peak and off-peak pricing, which means getting these cheap flights at 34,000 miles requires traveling during the off-peak season. Luckily, Iberia’s definition of “off-peak” is typically quite generous: It means you can fly at the lowest rates for nearly 2/3 of the year. Mid-June through mid-September are generally considered peak summer season, with some scattered weekends and holidays blocked off, too. Check out Iberia’s full calendar to scope out the dates.

Flying business class to Europe doesn't get any cheaper than this. In fact, we consider it one of the best deals in points and miles. And with a 40% transfer bonus to British Airways, the best somehow gets even better.

After transferring to British Airways and again over to Iberia, it brings your final tally to just 25,000 points for a one-way Iberia business class flight to Madrid – or 49,000 points roundtrip! That’s a roundtrip flight in business class for less than what almost every other airline would charge you to fly in economy.

Why not fly like this rather than back in economy when you can do it using fewer points?

Booking Iberia business class flights follows the same script as the economy example above. Focus on flights from New York City, Boston, Washington DC, and Chicago to Madrid to get the lowest rates. Off-peak travel times are key. Better yet, there’s typically plenty of Iberia business class award availability as far out as March 2023, which makes it easier to score these seats using your points than you'll find with many other airlines.

We saved the best for last.

Thanks to Qatar Airways' recent adoption of Avios, the floodgates are open to book Qatar's world-leading Qsuite business class seats using Amex points. Factor in this 40% transfer bonus, and you can do it for fewer points than ever. 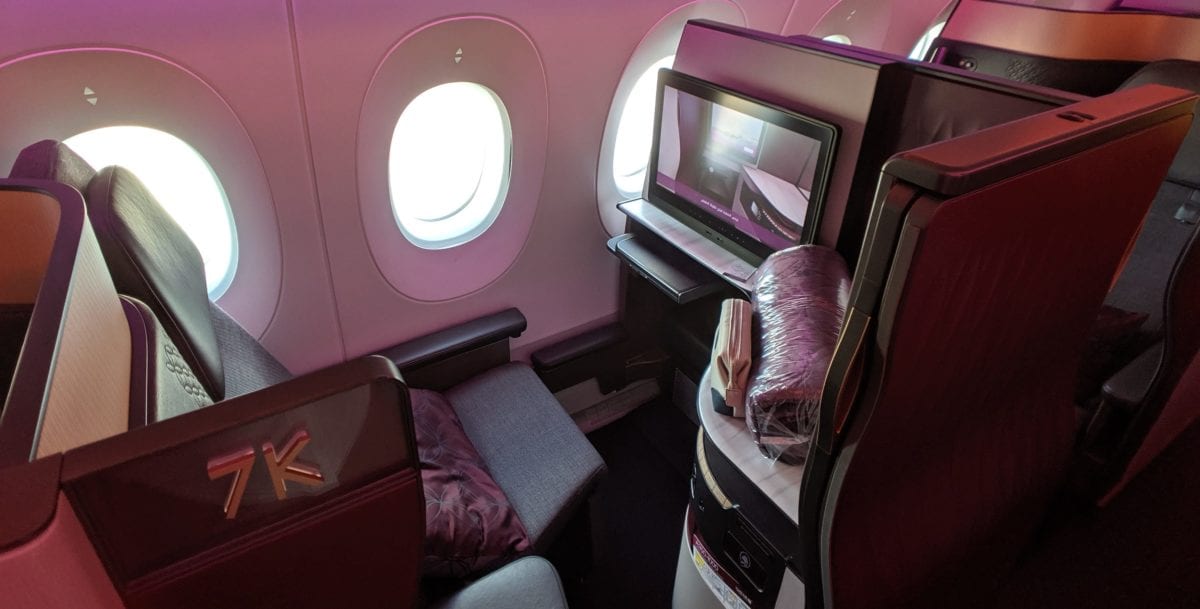 Check out our full review of Qatar Qsuites!

Here's the easiest route: You could book a simple nonstop from many cities in the U.S. over to Doha (DOH) for just 70,000 British Airways Avios and about $100 in fees. Find the award availability you want, transfer 50,000 Amex points to your BA account, and book it. Done. It doesn't get cheaper or easier than that.

But if you want to take it next level and connect elsewhere – Dubai (DXB) or Muscat (MCT) in the Middle East, Cairo (CAI), or maybe even the Maldives (MLE) or down to Cape Town (CPT) in South Africa – you'll want to turn to Qatar Airways Avios. Just like Iberia, you can combine your Avios balances between British Airways and Qatar. In fact, it's even easier – check out our walkthrough. 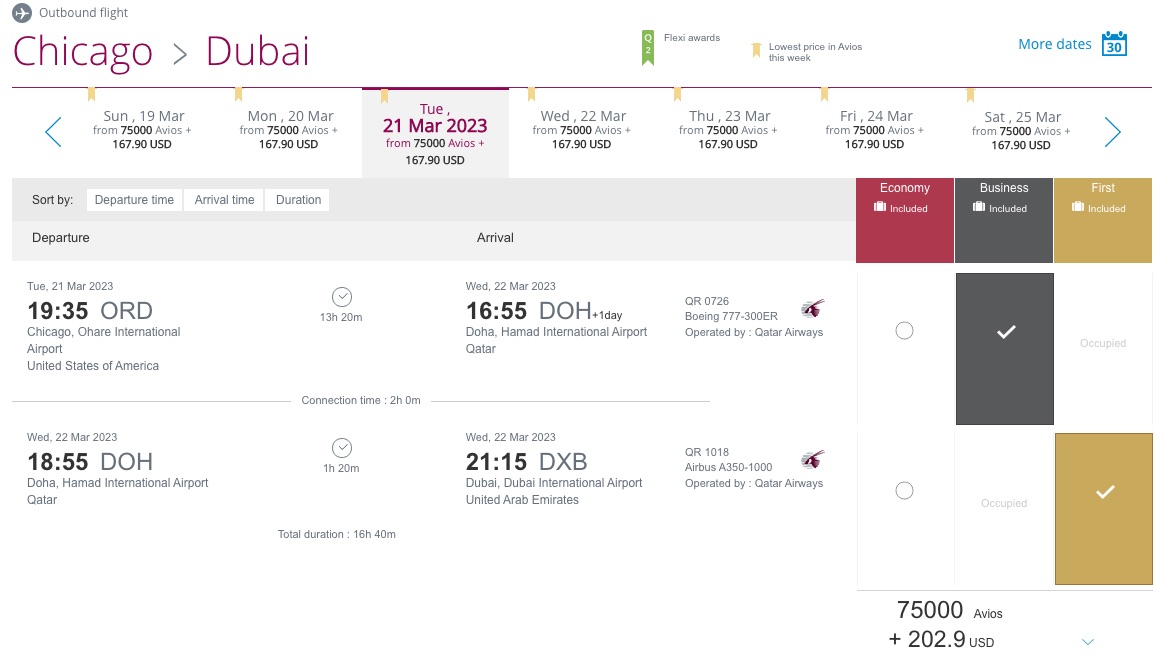 Take our advice: Book a flight that connects onward to the Middle East so you can access Qatar's incredible Al Safwa Lounge during your layover. You won't regret it. 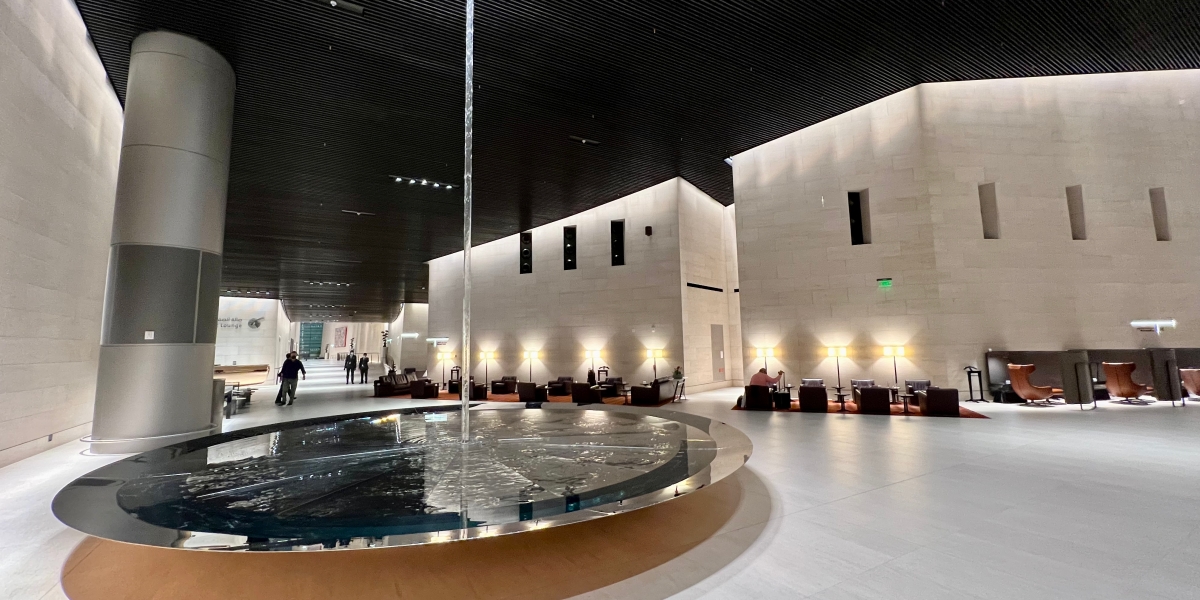 Qatar tacks on some decent cash surcharges at about $100 for a simple nonstop to Doha or $200 if you need to make a connection. But that's a price worth paying given you can book these incredible flights using 60,000 Amex points or less.

Taking Advantage of a 25% Bonus to Air France/KLM

Not to be outdone, Chase also launched a transfer bonus of its own last month with an extra 25% miles when transferring points to Flying Blue miles.

This is the combined mileage program for Air France and KLM, and it’s one of the best ways to book flights with SkyTeam airlines including Delta, Korean Air, and Air France or KLM, of course.

That's easily worth considering. You can regularly fly one-way from the U.S. to Europe in Air France business class for just 55,000 miles – or 44,000 points with this bonus. But Flying Blue miles are also easily the best way to fly Delta from the mainland out to Hawaii and back.

Flying Blue is a great way to fly to Europe and back – especially if you want to do it in KLM business class or Air France business class.

Whether you want to get to Paris-Charles de Gaulle (CDG), Amsterdam (AMS), or connect almost anywhere in Europe for just 55,000 to 58,000 miles each way. With this transfer bonus, you’d need as low asjust 44,000 Chase points to make it happen. We occasionally see even cheaper award rates thanks to Flying Blue Promo Rewards, monthly specials with lower prices.

Finding flights at these low rates may require some flexibility, as you won't find them one very single date. Luckily, Air France and KLM allow you to easily scroll through up to a month's worth of flights to find the best deals. Flying Blue typically tacks on about $200 for a one-way business class award to Europe – and about $380 or more for the way back. That's a small price to pay for $6,000-plus flights.

Of course, you can also book economy awards to Europe using Air France and KLM miles – including one-way trips from several U.S. cities for less than 20,000 miles. But Flying Blue also passes on some hefty cash surcharges on award tickets that make it less appealing for economy prices, while it can easily be worth paying $228 or so for a one-way business class ticket for Europe.

It’s a great ride across the Atlantic ocean whether you’re flying with Air France or KLM. 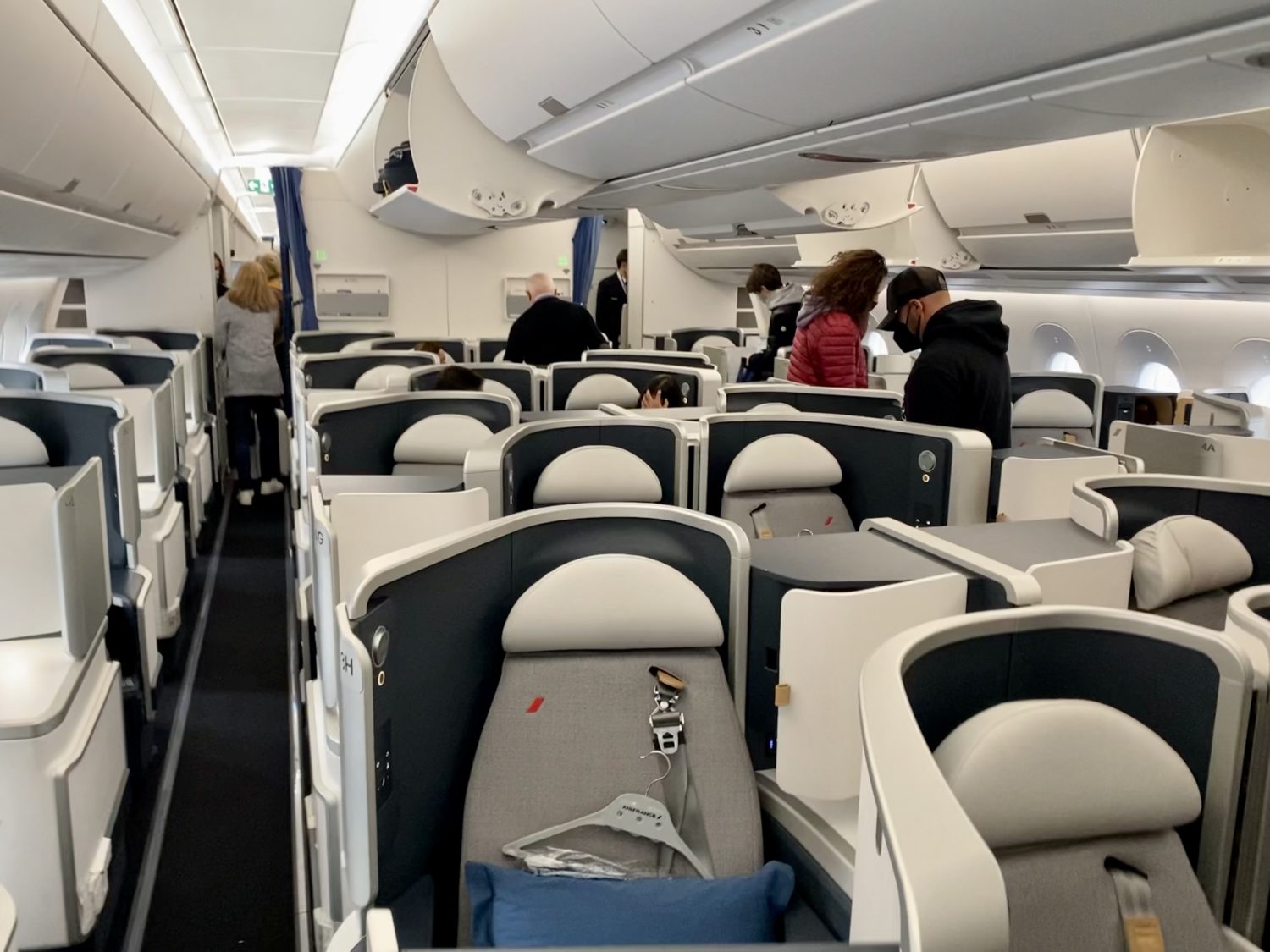 Our favorite way use Air France and KLM miles isn’t to fly either European airline. Why not use this bonus is to fly from the continental U.S. to Hawaii on Delta?

No matter whether you’re flying nonstop from the West Coast, making the long trek from New York City (JFK) or Boston (BOS), or starting from a tiny airport in the Midwest, you can book from just 35,000 miles to any of the Hawaiian islands and back.

At that rate, you could transfer only 28,000 Chase points and have enough for a trip to Hawaii. That’s a steal. Just keep in mind you’ll have to be extremely flexible to make it work at these rates – read our guide on how to book Delta flights to Hawaii for just 35,000 miles using Flying Blue. 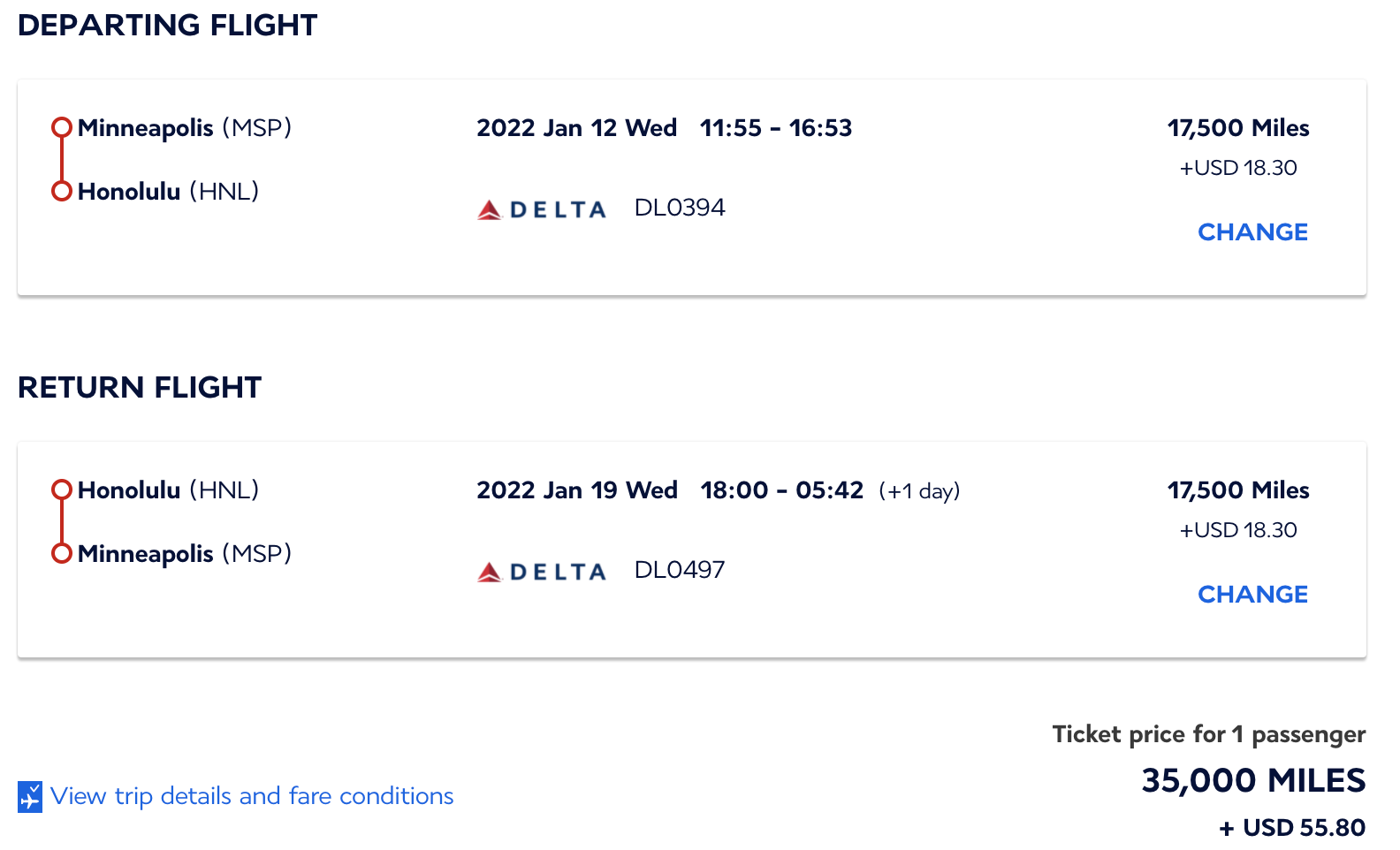 Thrifty Traveler Premium members previously got an alert for some incredibly rare award space to fly nonstop to Hawaii on this route. Get award alerts and cheap fares sent straight to your inbox!

Any transfer bonus is great, but these transfer bonuses to British Airways Avios and Air France/KLM Flying Blue miles are two of the best in recent memory.

If you've got points with Chase or Amex saved up, now's the time to put them to use. Make your game plan and take advantage of these transfer bonuses before they end Sunday, May 15.