Capital One has some explaining to do.

Transferring to these partners has been one of the best ways to use Capital One Venture Miles, but it's been unavailable for nearly two weeks. Over that span, travelers have waited in frustration as award space has come and gone, unable to transfer the miles they've earned to book a ticket in time.

On Monday, Capital One told Thrifty Traveler that transfers may not be back online for up to another week.

“We are continuing to make system improvements to our rewards platforms that are temporarily offline. We expect them to be restored online within a week and will round back at that time,” a bank spokesperson said in a statement.

That means it could be three-plus weeks without the ability to transfer Capital One miles. That is unacceptable. 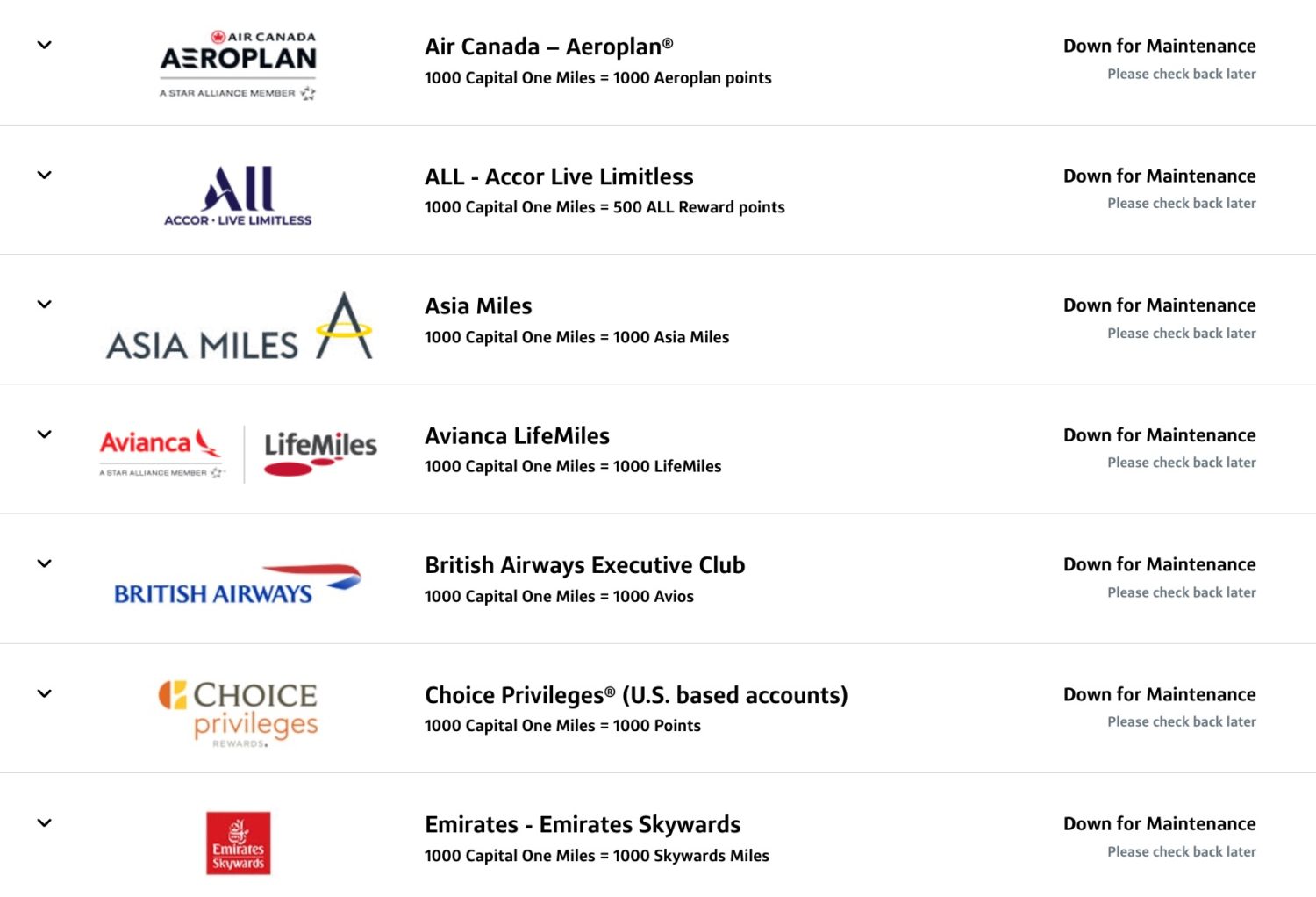 The issue first cropped up sometime around Wednesday, Sept. 21, maybe even earlier. A phone call to Capital One won't resolve the issue, either: A phone agent confirmed Monday that transfers by phone are also not currently available.

Among the big banks with transferrable points, outages like this happen occasionally. But they typically only affect one transfer partner at a time and get resolved in a matter of hours, maybe days. Plus, Capital One Entertainment – the portal where cardmembers can redeem miles for tickets to sporting events or concerts – has been down all the while. 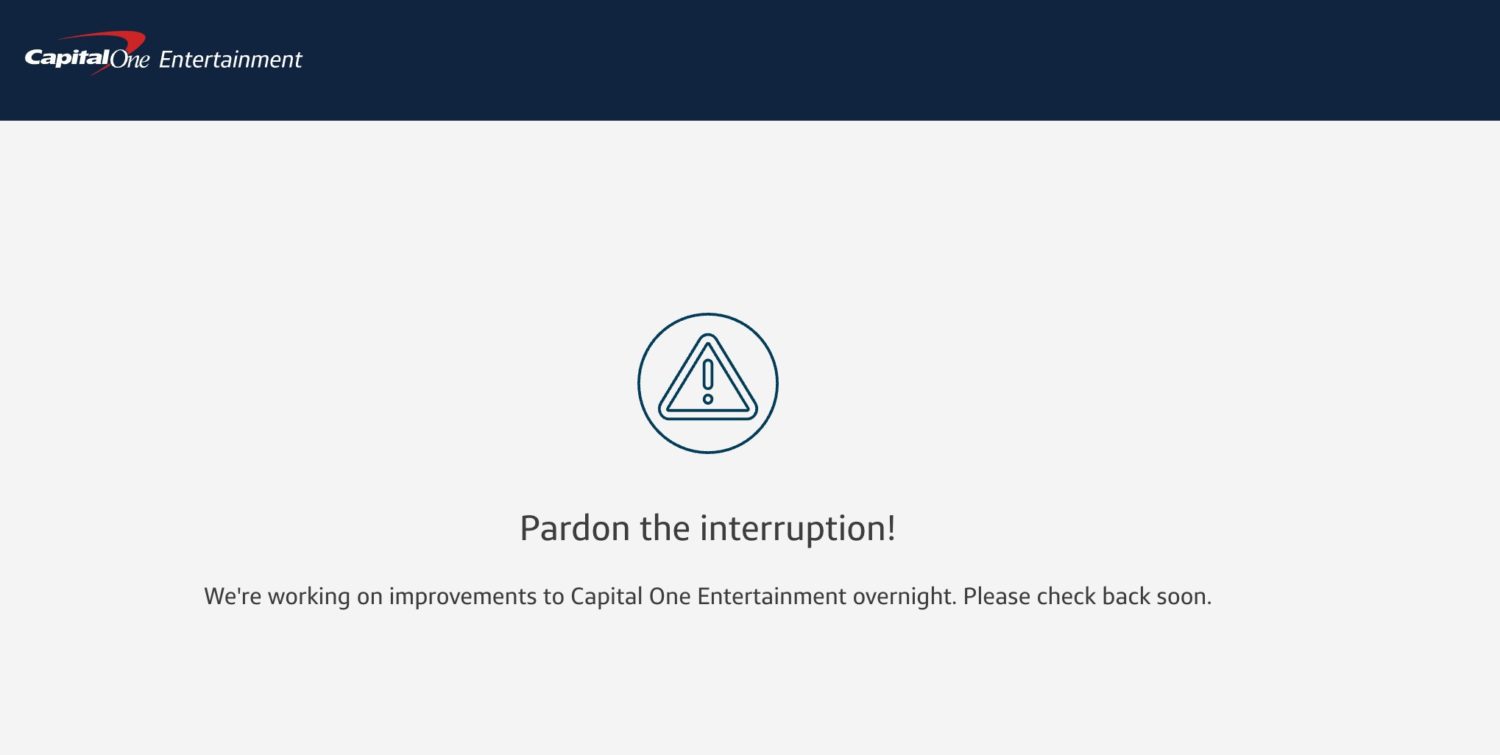 All that alone is bad and out of character for Capital One, which prides itself on its stable and easy-to-use platforms. But worst of all, there has been a glaring lack of communication and transparency from Capital One about what is happening.

Capital One didn't publicly address the issue until late last week – and only after Thrifty Traveler and other sites emailed seeking comment. To our knowledge, there has been no communication directly from the bank to cardholders.

The root of the problem remains a mystery, too. Officially, a Capital One spokesperson faulted “system improvements to some of our rewards programs” for the temporary outage last week.

Taking a critical function offline for almost two weeks and counting … with no advance warning or notice to customers … for system improvements? Sorry, but that doesn't pass the smell test. 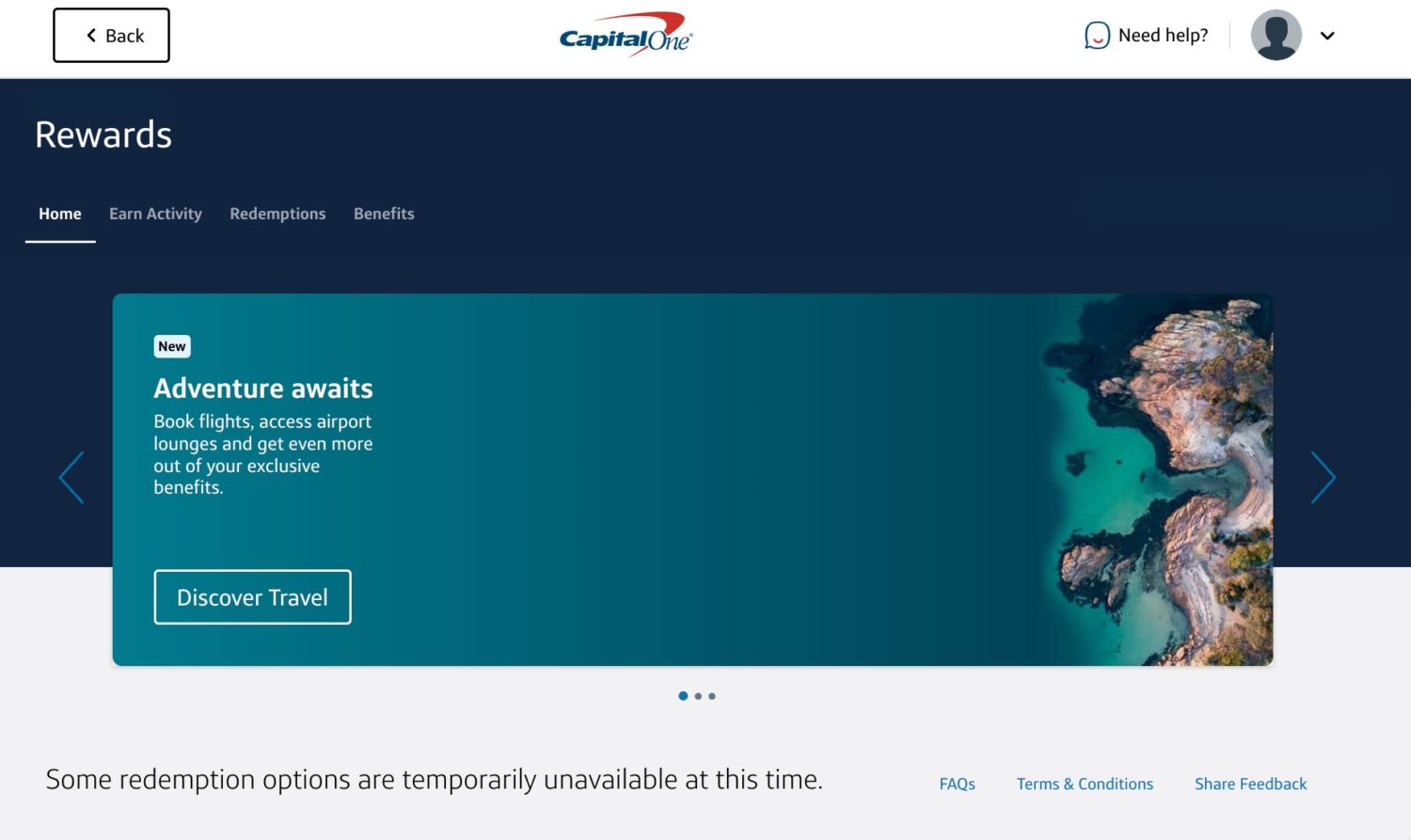 With transfers still down, we emailed Capital One first thing Monday morning with the following questions:

The bank responded with a generic statement, offering no insight into what has gone wrong or how they will fix it. And it could still be another week before transfer partners return.

Capital One owes cardholders and customers some better answers. That's especially true of travelers who opened the Capital One Venture X Rewards Credit Card this time last year, some of whom might suddenly be thinking twice about renewing their card.

Capital One has cemented its place in the travel world with miles that are easy to earn, easy to use, and incredibly valuable, as well. But this is inexcusable.

If this problem isn't resolved by this Wednesday, it will mark two full weeks without the ability to transfer miles … with little to no communication from Capital One. And the problem could drag on even longer.

The bank simply must do better.