Iceland's WOW air scrapped many of its flights from the U.S. to Europe weeks ago as its financial woes worsened. But several travelers with flights booked on WOW told Thrifty Traveler they were only notified this week their flights had been canceled, leaving them scrambling to salvage their vacation plans.

The delay in informing passengers raises major questions about how WOW has handled its cancellations as it struggles to stay afloat. The ultra-low-cost carrier grew ultra-fast, opening up more than a dozen routes between U.S. cities and its Reykjavik (KEF) hub, and onward to Europe with dirt-cheap fares. But WOW air couldn't keep that up.

It announced in December it would slash several U.S. routes as it halved its fleet, buying time for a financial savior to come through. By mid-December, flights to Reykjavik (KEF) from Chicago-O'Hare (ORD), Los Angeles (LAX), San Francisco (SFO), Orlando (MCO), and Vancouver (YVR) were blocked out beginning in late January. 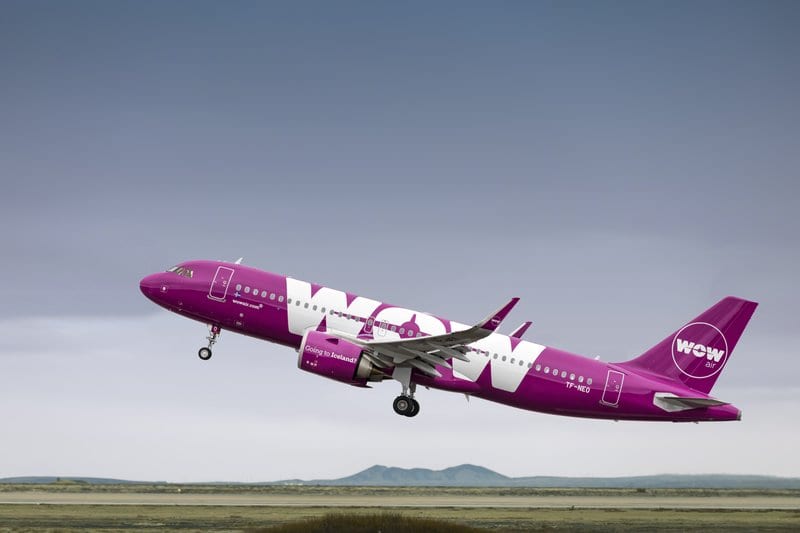 Some WOW passengers booked on canceled flights were contacted in early January, given an option of rebooking through a different WOW air gateway, taking a refund, or … a gift card for the struggling airline (with a 25% bonus). But Camille Marie wasn't so lucky.

Camille and her family bought six tickets last September on WOW air from Chicago-O'Hare (ORD) to Barcelona (BCN), making a stop in Iceland on the way. They were scheduled to leave March 1 for a two-week trip. Camille said she was only notified via email and text message on Wednesday, Jan. 30 that their flights had been canceled.

Other readers also informed Thrifty Traveler that they were notified just this week about canceled flights out of Chicago, despite the fact that WOW had planned to cancel that service for nearly two months. It's unclear how many passengers weren't notified about the cancellations until recently.

WOW air did not respond to a request for comment.

Like other travelers, Camille was given the option for how to handle the cancellation and opted for a full refund. But with less than a month to go until their planned departure, airfare to Spain is now twice as much as what they paid for the WOW air flights – not an option.

“Even if I could have booked flights on another carrier, the prices were out of reach,” Camille said.

Camille said she and her family have canceled their bookings at hotels and Airbnb's throughout Spain – paying a fee to cancel their Airbnb bookings. They're considering trying to get to Spain again in October, when the peak Europe travel season has slowed.

WOW is trying to right the ship and “return to its roots,” cutting many of its transatlantic flights in a bid to survive. But they still need to do right by passengers, and waiting several weeks to inform them their flights have been canceled is a slap in the face.

It's unclear how many passengers booked on canceled flights weren't notified until recently. Nor is it clear why WOW waited so long to notify some of them. It could be that the airline hoped to resume some of these flights, and only recently decided that wasn't possible.

The airline that stormed onto the scene as a hip and cheap way to get to Iceland and Europe is now a shell of its former self. WOW has dropped 11 routes from the U.S. to Iceland in the last year alone. Only flights from Boston (BOS), Detroit (DTW), Newark (EWR), Baltimore (BWI) remain, along with Toronto (YYZ) and Montreal (YUL) in Canada.

Many budget airlines are struggling. Travelers booked on Primera Air had it worse, as the Latvia-based budget airline collapsed overnight. Rising fuel costs and lots of leased airplanes have made it tough to make the business work for ultra-low-cost carriers.

Cancellations are an unfortunate reality of travel, even the sudden closures of an entire route. But WOW air has some explaining to do as to why it waited several weeks to inform passengers that their flights had been scrapped altogether.

All photos courtesy of WOW air