United Airlines has long had the most restrictive basic economy fare for domestic flights among the major domestic airlines, refusing to give passengers even a carry-on bag. But its basic economy offering for many flights to Europe was a hidden gem. Until now.

Starting today, United will no longer allow free seat assignment for basic economy fares on certain flights across the Atlantic, CNBC reports. It's part of the airline's refreshed basic economy fare for flights to Europe. United is also moving to a tiered pricing model for seat selection, where “preferred seating” in the main economy cabin with some extra legroom will cost more.

Basic economy passengers flying United on many European routes will still get a free carry-on. And they will be able to purchase a seat in advance to avoid a boarding-time seat assignment, though those preferred seats will be off-limits. United says pricing will start at $12 each way. 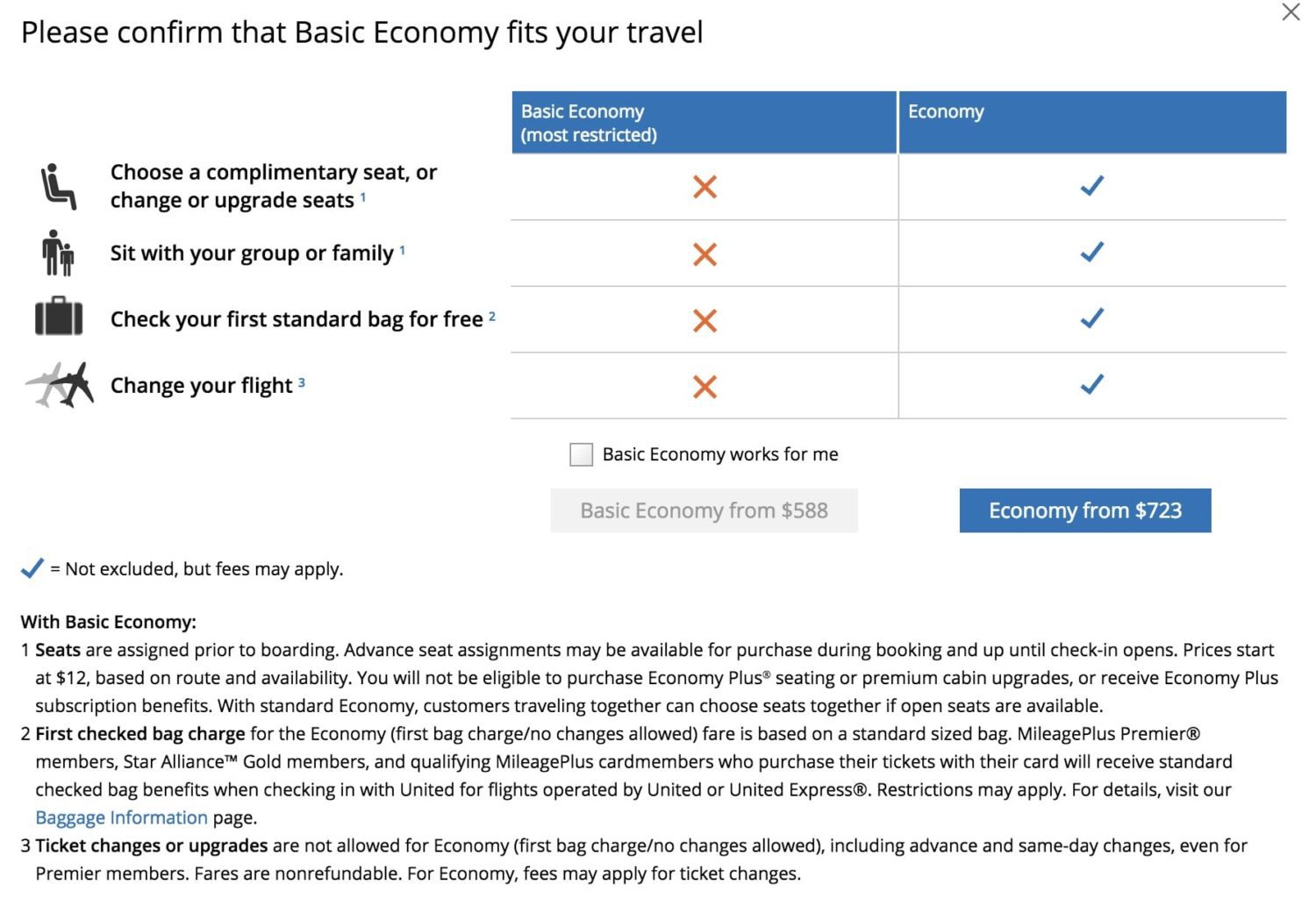 These moves put United in line with both Delta and American Airlines, neither of which offered advanced seat assignment as basic economy spread across the globe. Stateside, Delta has always offered basic economy passengers a carry-on bag, while American changed things up to follow Delta's lead this summer. United has never allowed carry-on baggage for basic economy fares, and says it never will.

Yet despite that strict stance, United's basic economy fare for trans-Atlantic flights had been the most generous by far. These have been some of the cheapest fares to get to Europe and back. The ability to pick your own seat and bring on a carry on onboard was refreshing.

For road warriors chasing status with United, this change might be a good thing. But for the average traveler, it's bad news.

United's basic economy offering for flights to Europe has been downright humane. The ability to bring a carry-on and pick a seat in advance made it the best of the big three domestic airlines. It was one of the best cheap ways to get to Europe.

But now Delta, American, and United are all in alignment. That's not a surprise, but it's still a disappointment.

It was good while it lasted. Somehow, United managed to offer the best basic economy fares to Europe while selling the worst basic economy tickets domestically. It was only a matter of time before that changed.