In June of 2017, United rolled out their Basic Economy fares nationwide. These fares don't include overhead bin space, seat selection, or earn elite credit towards status. They are terrible fares, which have now replaced your normal economy fare, which included carry-on (for the same price). Last week, United rolled these dreaded fares out on both transatlantic and Latin American routes, though the transatlantic fares won't be nearly as bad.

Where this gets tricky is international airfare. At this time, Google Flights does not have the baggage filter feature available for international flights. This means you will need to make sure you know what your fare includes on international routes, especially on United as their Basic Economy ticket includes different things depending on the destination.

Thrifty Tip #1: See our guide on how to use Google Flights to find cheap flights. 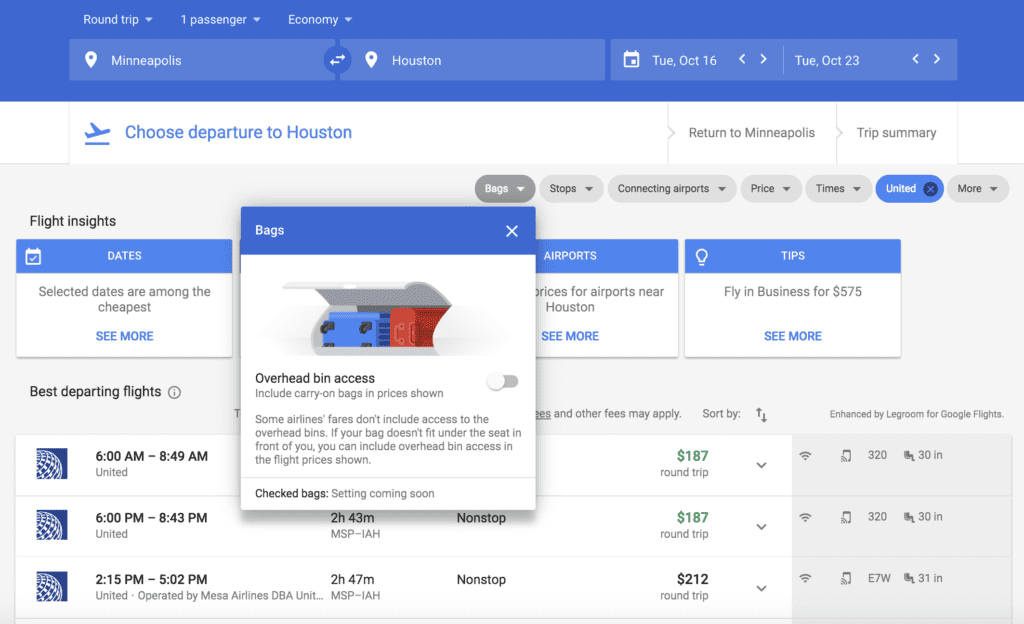 This means United is now the only one of the three legacy domestic carriers that does not offer a free carry on bag with their Basic Economy fare (with the exception of transatlantic airfare). I can't imagine a situation where anybody would choose to fly United Basic Economy over Delta or American assuming the option for all three was available.

We have noticed the impact of these new United international Basic Economy fares mostly on routes to both Mexico and the Carribean. One example of this is Cancun, Mexico. This is a highly competitive route from many US destinations and United has been undercutting this with their Basic Economy fare.

By continuing to ban carry-ons on basic economy fares for both domestic and Latin American international fares, United stands to lose business. There’s simply no reason to choose a United basic economy fare when American or Delta, with far more generous policies, are an option.

It will be interesting to see how United handles the news of American adding a carry on bag into their Basic Economy fares. Making your customer experience worse rarely ends well for companies of any size.