Sun Country Airlines announced a slew of new routes on Tuesday, with a mix of seasonal flights from its Minneapolis-St. Paul (MSP) hub and even more from a handful of vacation-heavy destinations across the nation.

Altogether, the airline is adding 19 new routes as it expands and crystallizes its transformation from Minnesota's full-service hometown airline to an ultra-low-cost carrier. Nearly all these routes will fly during only the spring and summer.

That includes eight new flights out of MSP, where most routes will operate between April or May through September. The airline will start flights from MSP to Chicago-O'Hare (ORD), Newark (EWR), Providence (PVD), Philadelphia (PHL), Washington, D.C.-Dulles (IAD), St. Louis (STL), San Antonio (SAT), and Sacramento (SAC).

Other highlights include San Francisco (SFO) to Honolulu (HNL). The airline already flies to Hawaii, with seasonal service from Los Angeles (LAX). It comes at a time when competition is at an all-time high for flights to Hawaii, as Southwest Airlines inches toward beginning service to the islands.

And then there are seemingly random routes like Las Vegas (LAS) to Anchorage (ANC) and Nashville (BNA) to Providence (PVD).

“This is our biggest announcement, as far as number of markets go, ever in our history,” CEO Jude Bricker said.

All these new flights are now bookable online. Check out the full list of new routes at Sun Country's website.

Sun Country has changed drastically in the last few years. It's been bought out by a New York hedge fund, got rid of free bags and seat assignments, put more seats on its planes by eliminating First Class and using newer, slim seats with less legroom. It's starting to buy used planes after being saddled by costly aircraft leases.

And behind all of that is a change in how it approaches the business of flying.

Instead of focusing squarely on its role as Minnesota's hometown airline, the carrier is on the hunt for any and all routes where it can carry vacationing travelers for cheaper. And by cutting costs as it has, it can afford to start those flights and offer them at a lower price, Bricker said. 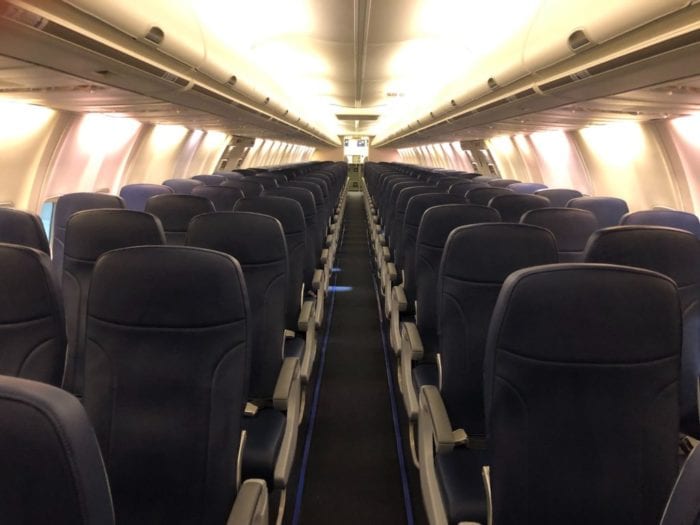 That's what's behind these new route announcements – even the seemingly strange ones. Bricker said the airline is banking on carrying 40% more passengers in 2019 than it did last year.

Once solely focused on ferrying Minnesotans to warm destinations in the winter, the new summer routes out of MSP should help the airline weather the down season when warm temperatures keep Minnesotans at home – or at the lake.

One standout is seasonal service to ORD – a route that's been hungry for more competition. Once easily bookable for $100 or less round-trip, prices have steadily increased since both Spirit and Frontier stopped service.

Bricker said they can do it better while teasing rates as low as $49 each way.

“Spirit and Frontier … have not had a lot of success. And I think the reason is Minnesotans demand a higher product level,” he said. “We're not really exploring new territory here. This is really just about offering people low fares so that more people can travel.”

None of these new additions are earth-shattering, but they could help some travelers in MSP and elsewhere get to a destination where existing airlines have little reason to offer lower prices.

But these moves also shed a lot of light on how Sun Country hopes to thrive as an ultra-low-cost carrier.