American Kills Off Change Fees for Most International Fares, Too
Skip to content
This post contains references to products from one or more of our advertisers. We may receive compensation when you click on links to those products. The content on this page is accurate as of the posting date; however, some of the offers mentioned may have expired. For more information check out our Advertising Disclosure.

Months after most major U.S. airlines scrapped change fees on domestic fares for good, American Airlines is taking it a step further by eliminating fees to change or cancel nearly all international fares.

American announced Thursday it was eliminating those change fees immediately, the biggest move an airline has made yet to move away from a fee that travelers hate. When U.S. carriers first ditched change fees in August, it applied only to domestic trips and some short-haul international destinations like Canada, Mexico, and the Caribbean.

One major exception: All fares, including basic economy, can be changed or canceled free if they’re booked by Dec. 31, 2020!

And if you change to a cheaper flight, American assures customers the airline won’t pocket the difference as other airlines have done. You’ll get a voucher for the remaining amount.

“We are committed to making travel easier for our customers who fly on American,” American’s Chief Revenue Officer Vasu Raja said in a statement. “By eliminating change fees, we’re giving customers more flexibility no matter when or where they plan to travel.” 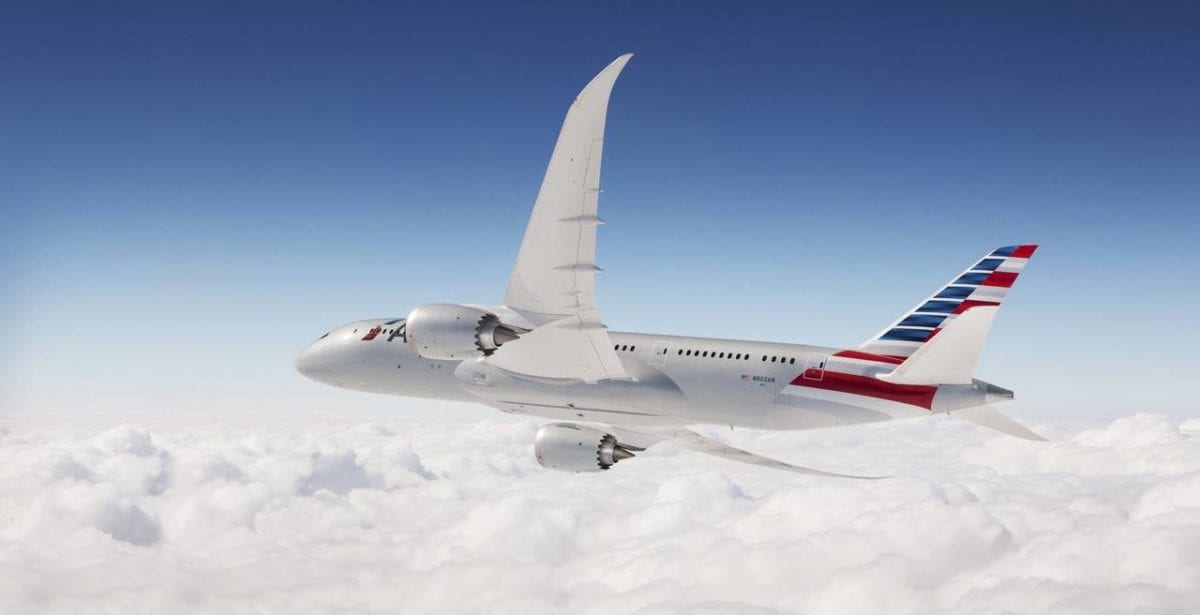 It’s a striking change brought on by the pandemic, as airlines are giving up on a proven moneymaker. Airlines have typically charged $200 to change a domestic flight and much more for international tickets.

American made nearly $819 million on change fees alone in 2019, according to federal data – second only to Delta that year. The airline industry as a whole raked in more than $2.8 billion in change fees last year. The data does not differentiate between domestic and international change fees.

But the pandemic has turned travel upside down, introducing a level of uncertainty into any travel planning or ticket buying. And thanks to a patchwork of travel restrictions and bans, that’s especially true of international travel.

These days, consumers are buying tickets just 30 or 60 days before departure – not the usual six-month window. American may hope this change gives travelers more confidence to start planing an international trip for 2021, generating some much-needed revenue while also getting a public relations boost.

But American and other airlines have already granted free change and cancellation to all new tickets (including basic economy fares) since the pandemic began. On most airlines, those temporary policies have all been extended for new tickets booked by Dec. 31, 2020.

While nothing in the airline industry is permanent, Thursday’s move is a longer-term play that will likely spell the end of those coronavirus waivers.

It’s one of just a handful of fees American has killed off in recent months, including the move just last week to get rid of the $150 redeposit fee to cancel an award ticket to get your miles back. 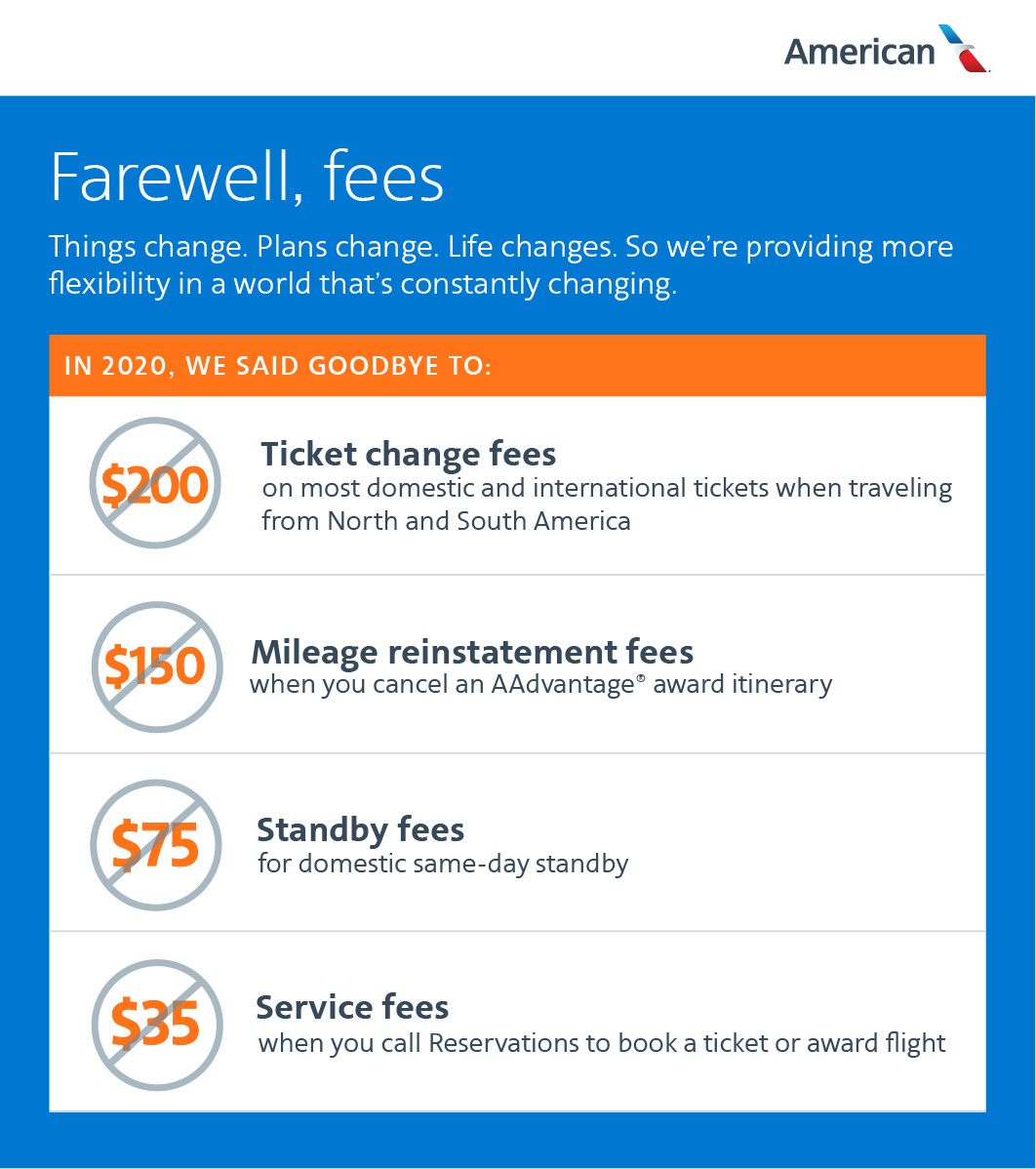 The clock is officially running on Delta, United, Alaska Airlines, and other carriers.

Time and time again, airlines show they’re more likely to follow than lead. Within 24 hours of United’s announcement that it would ditch domestic change fees, Delta, American, and Alaska had all followed suit. American actually went even farther by exempting flights to Canada, Mexico, and the Caribbean from change fees – which United promptly copied days later, too. 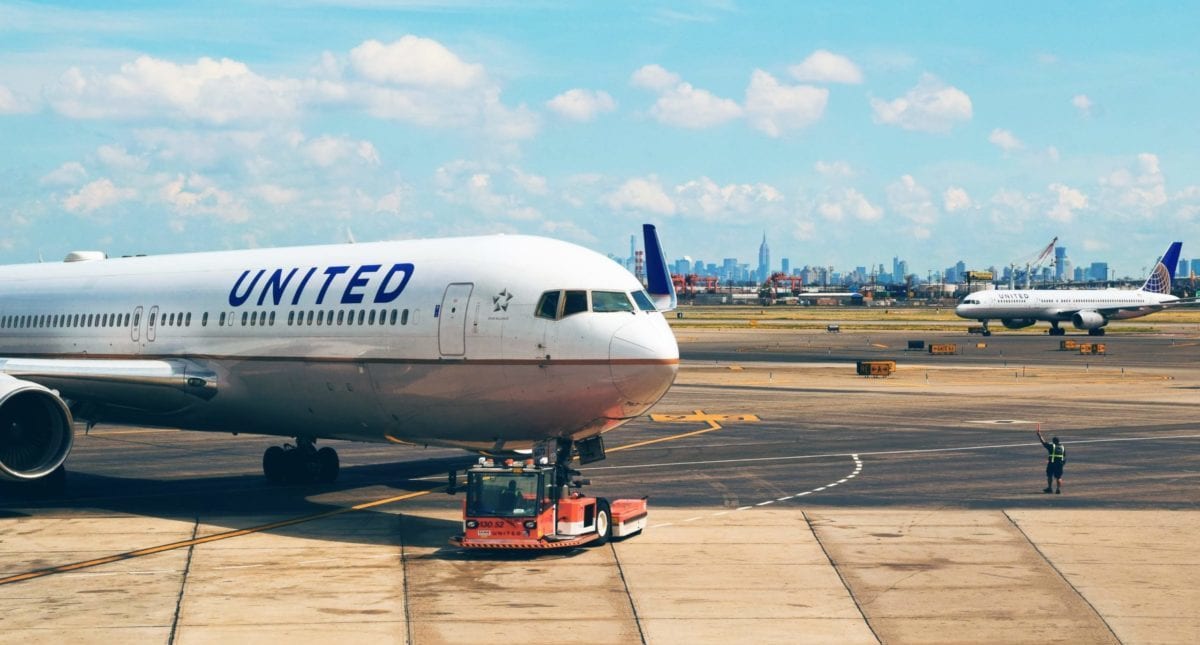 Airlines simply can’t afford to lose a competitive edge. And at a time when uncertainty is clouding travel, the prospect of losing flyers to a competitor with more flexible policies is unthinkable.

So don’t rule out other airlines following American’s lead here.

Kudos to American Airlines for this customer-friendly move. Whatever the motivation, it should remove more of the stress of trying to book international travel for 2021 and beyond.

All eyes on you, Delta and United.