Airlines are Blocking Middle Seats. That May Not Last Long
Skip to content

Social distancing has hit the skies, as a growing number of airlines block off middle seats to give passengers more space and peace of mind during the coronavirus outbreak.

Hoping that this means the dreaded middle seat is a thing of the past? Don't count on it. Airline executives have conceded it's a temporary solution – an easy way to comfort passengers while planes are going out just 10% or 20% full.

Just how long the extra space lasts will depend on how long it takes travel demand to ramp back up. Slowly but surely, data shows that's already begun. And although flights in the U.S. are far emptier than normal on average, recent images and video of planes packed full of passengers are proof that even now, many airlines won't stop selling seats just to keep middle seats empty.

Well silly me thinking that an airline would adhere to social distancing guidelines. Currently abroad a nearly full @AmericanAir flight and I’ve never felt less safe or cared for in my entire life pic.twitter.com/sx5STfHKBI

“All of this is rapidly evolving. Today, it’s not much of an issue, obviously,” American Airlines CEO Doug Parker said this week, noting that more than 80% of the airline's flights are 20% full – or less. “We think it’s the right thing to do at this point in time.”

Most airlines have already put a firm end date on their no-middle-seat policies, though those could obviously get extended. Alaska says it will block middle seats (and some aisle seats on smaller planes that have just four seats in each row) until May 31. For Delta, that extends through June 30. Families can typically work with the airline to get seated closer together. 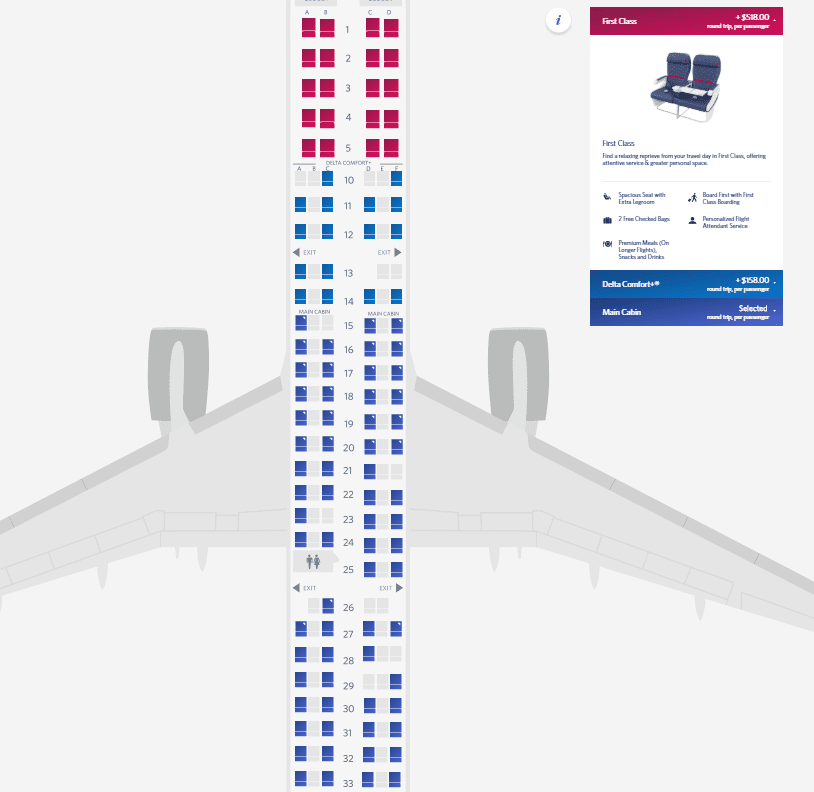 Of course, there's reason to doubt whether leaving the middle seat empty is effective at all. Public health guidelines call for at least six feet of distance between strangers. An empty middle seat gives you just 1 1/2 feet or so of separation – while leaving passengers in front and behind you closer still.

The CEO of the world's biggest airline group cautioned governments against making empty middle seats mandatory, saying it's travelers who would eventually pay the price. Alexandre de Juniac of the International Air Transport Association (IATA) said airlines need to fill more than two-thirds of the plane in order to turn a profit on flights. With a third of the seats suddenly out of commission, they'd have to raise prices.

“And so it means that if social distancing is imposed, cheap travel is over. Voila,” de Juniac said last week, according to Business Traveller.

The promise of having an empty seat next to you may be a selling point for those who have to travel. But in many cases, these new policies are more public relations flash than anything.

United, for example, said it would stop passengers from selecting middle seats before departure starting late last month. It splashed out seating charts with middle seats zeroed out.

But the key word there is selecting. There's nothing stopping United from selling out that flight and packing it full. And though that's uncommon as most travelers are staying home, United confirmed to One Mile at a Time that it's not guaranteeing travelers will have an empty seat next to them.

Delta is one of the few airlines actually committing to underselling planes to give passengers more space to spread out. Through June 30, the airline has said it will cap ticket sales at 60% from Delta One all the way back to economy (and 50% in domestic first class) – ensuring each passenger won't have a neighbor next to them.

.@Delta will cap flight load factors through June 30 to allow for #SocialDistancing.
60% in Delta One, Premium Select, Comfort+ and Main Cabin, while domestic First is capped at 50%.

To date, American Airlines has only publicly committed to blocking off half of the middle seats onboard its planes. On Friday, Southwest announced it would cap the number of flyers on each plane to make sure middle seats could go empty.

Airlines have made clear this won't be permanent. When travelers return to the skies, airlines will sell as many seats as they can.

Parker, American's CEO, indicated that airlines will instead focus on face masks rather than extra space on the aircraft. As of this week, most major U.S. airlines have said they'll require travelers to cover their faces. Many even say they'll provide face masks.

“It will continue to evolve over time. Today, what we’re seeing is much more of a push toward facial coverings to give customers a level of comfort,” Parker said.

At Minnesota's low-cost carrier Sun Country, it's just a matter of time. The airline doesn't have an official policy blocking middle seats in large part because they don't need to. Sun Country's flights were just 25% full in April – and that's high for U.S. airlines.

“When we get back to normal, we need to be able to sell our middle seat in order to make fares viable,” Bricker said. “We can be a lot more accommodating in the current load environment than we can into perpetuity.”

He added: “For the time being, it's the right thing to do to try to make people comfortable on an airplane.”

Airlines are giving passengers more space right now because it's easy. Planes are as empty as ever, and there's no reason not to give flyers as much space as possible.

But the number of travelers continues to climb, and the writing is on the wall. Empty middle seats won't last forever.