It's the reality of travel: You're bound to find a few signature tourist traps, overcrowded attractions, and overpriced excursions that can't possibly live up to the hype. But a sunrise hot air balloon ride in Cappadocia, Turkey is not one of them.

Don't trust me? Just look at this. 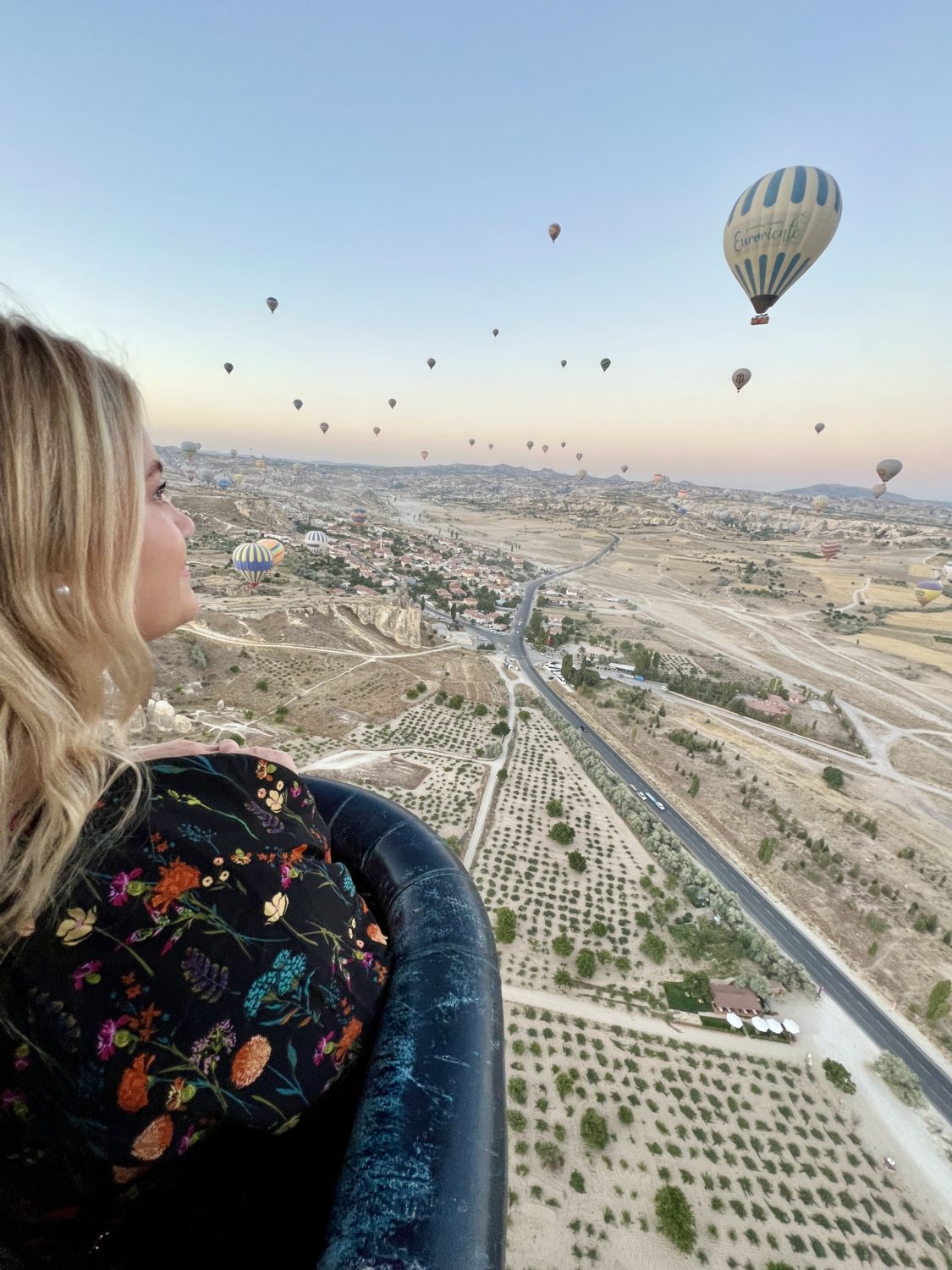 My wife and I headed to Turkey last month with our eyes set on Cappadocia, a made-for-Instagram region that has practically made an economy out of giving hot air balloon rides over its otherworldly landscape. The images of bright orange skies punctuated by hundreds of balloons seem too good to be true.

That's a lot to live up to … and it did. From liftoff to nearly half-a-mile in the clouds and back down again, we spent roughly 90 minutes in the air soaking in the views – every one of them magical. And yes, taking some photos, of course.

Here's why taking a Cappadocia hot air balloon ride should be on your list, too – and how to make it happen.

Picking which balloon operator to fly with during your trip to Cappadocia feels like picking a USB cord manufacturer or a toaster. There are dozens upon dozens to choose from.

Of course, there's more to see, do, and eat in the villages that comprise Cappadocia, but this region of Turkey is built around lifting thousands of tourists thousands of feet off the ground. That means there is no shortage of companies to pick from for your hot air balloon ride at different price points – and picking the right one can feel daunting.

While I'm sure every company offers a great, safe ride – and the view is the view, after all – I heard and saw the same two names over and over again: Royal Balloon and Butterfly Balloons. 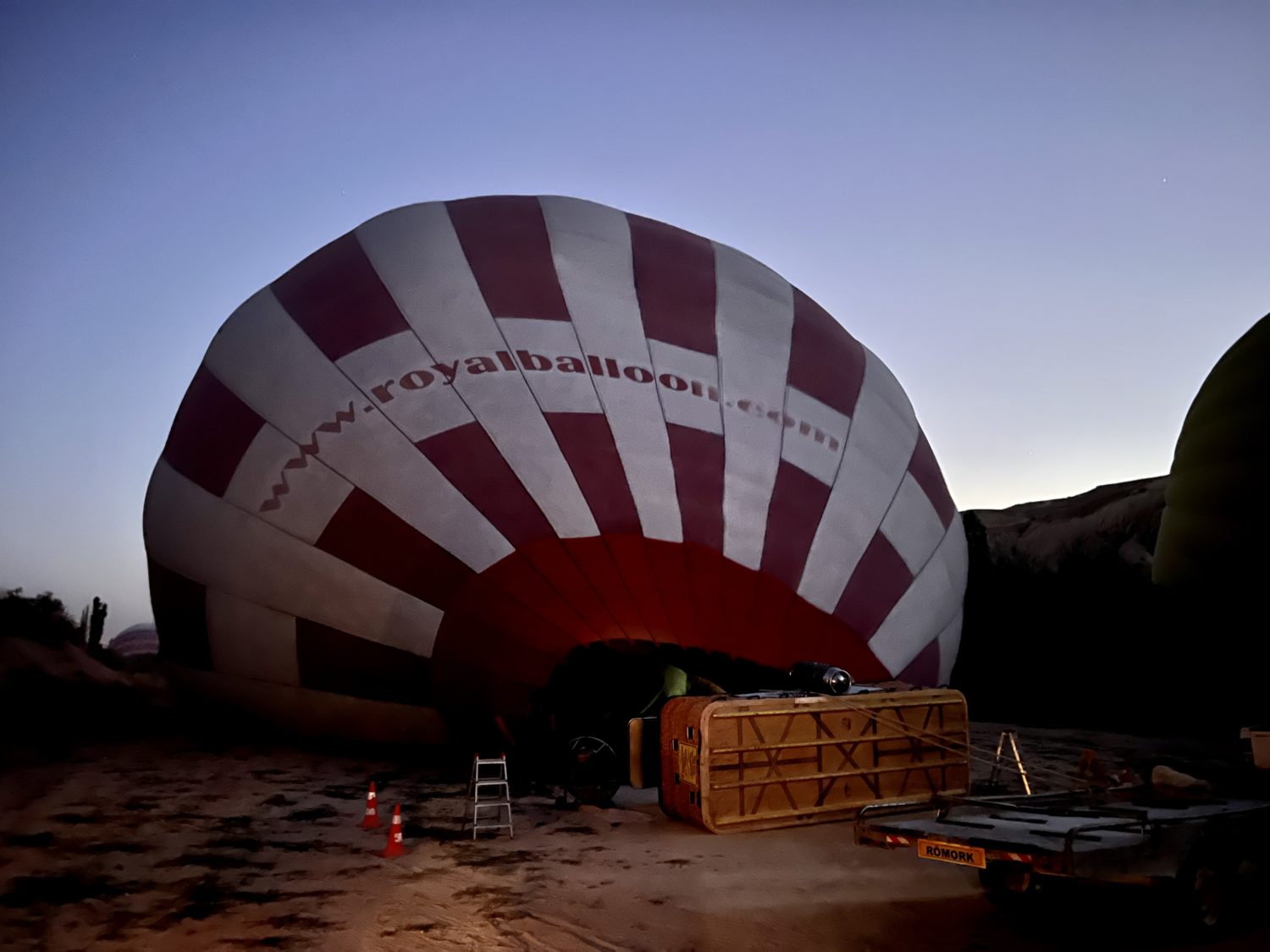 After just enough testimonials, we wound up going with Royal Balloon – and that was a great choice. No matter which company you pick, the day of your flight will probably follow a familiar script: 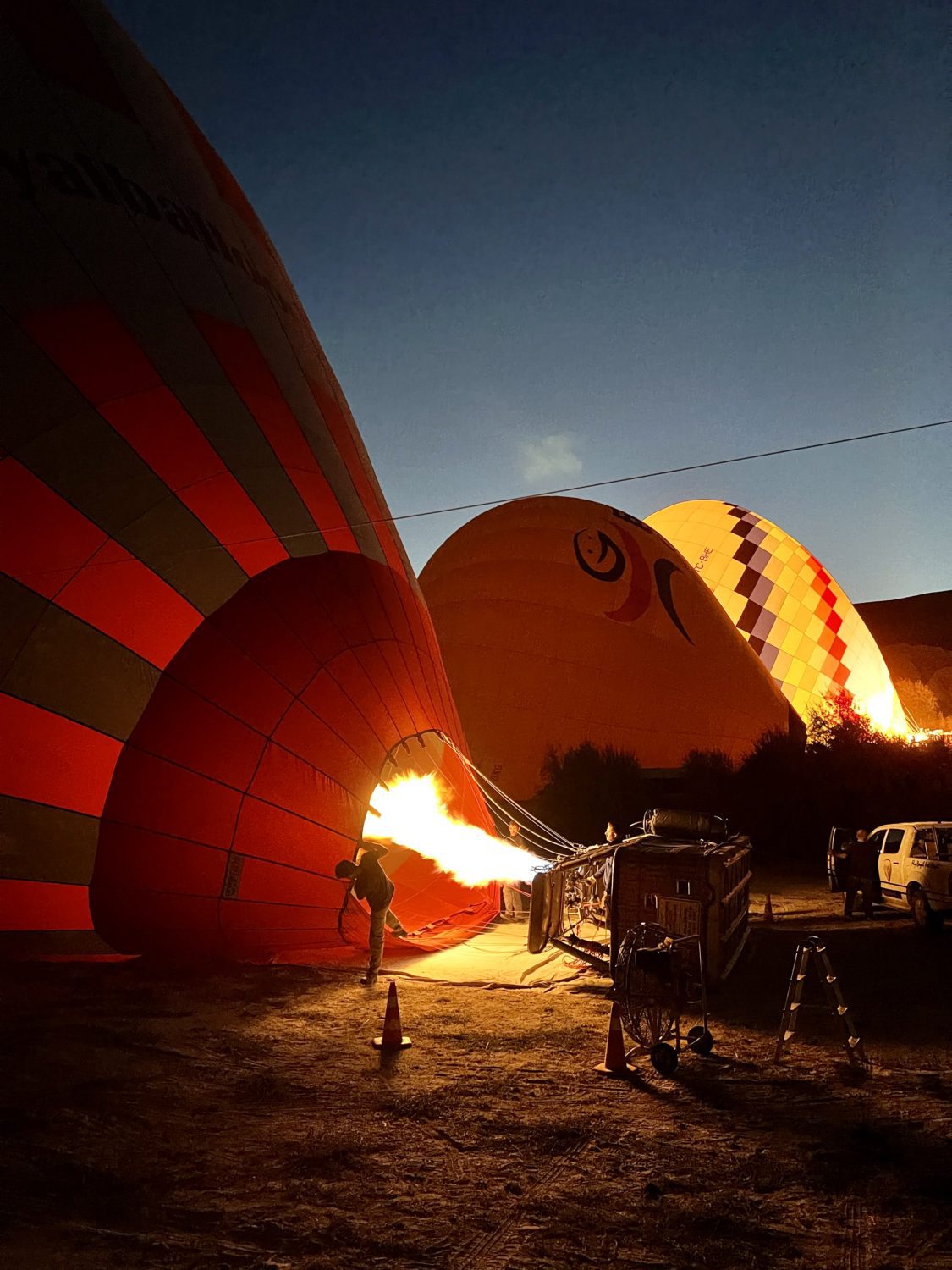 Just because there are dozens of balloon operators to choose from doesn't mean this is a cheap experience. And it shouldn't be.

Many companies don't publish their prices online, but you can generally expect to pay at least $150 U.S. dollars per person for a hot air balloon ride in Cappadocia. You might be able to score a better deal by booking through your Cappadocia hotel and/or packaging it with other excursions. But with inflation running rampant in Turkey, those prices likely aren't going anywhere but up. 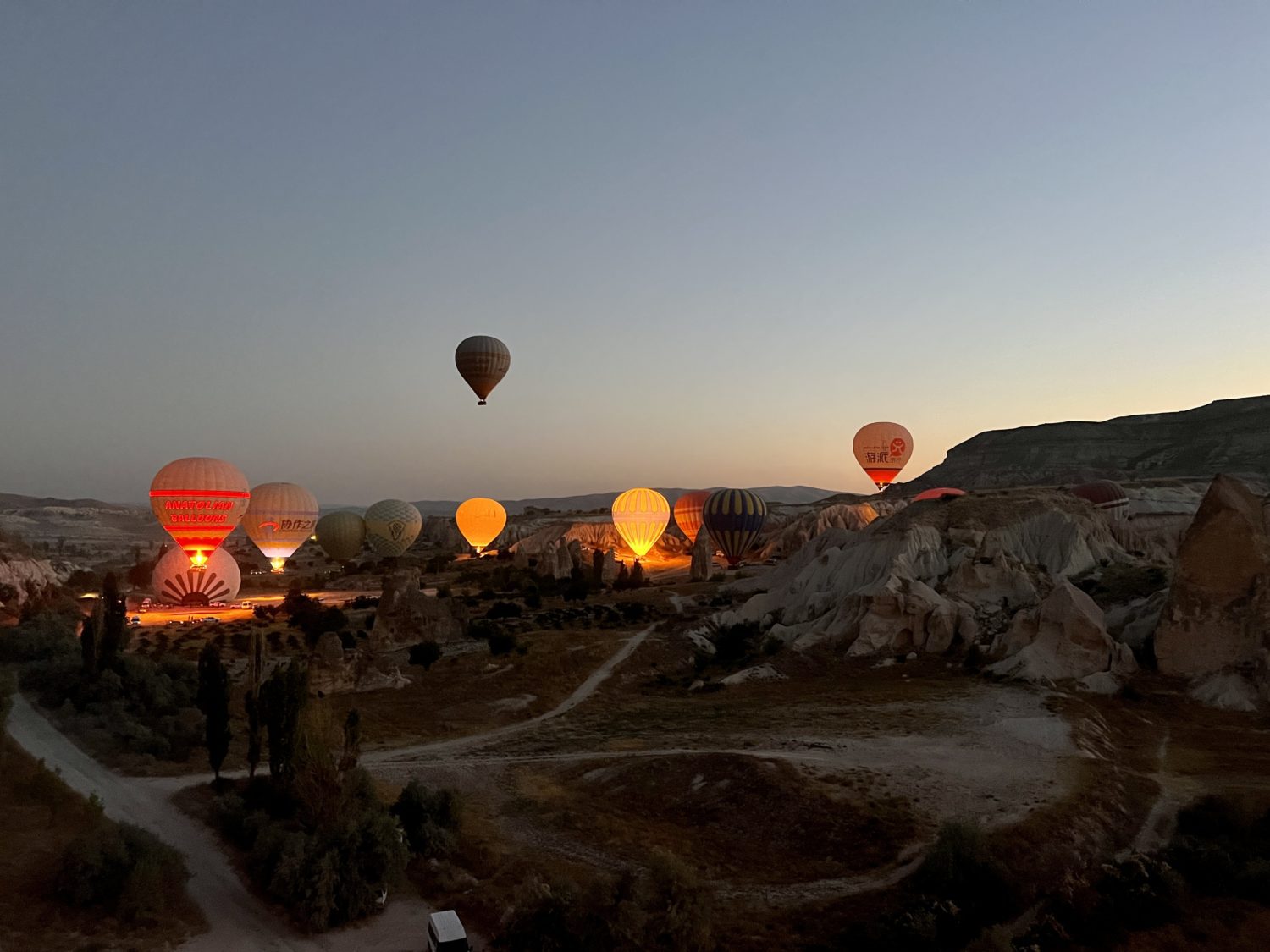 Just how much you'll pay is in your hands. For starters, you can choose a cheaper package through some balloon operators that lift off shortly after sunrise. But that will rob you of amazing, mid-sunrise views like this one. 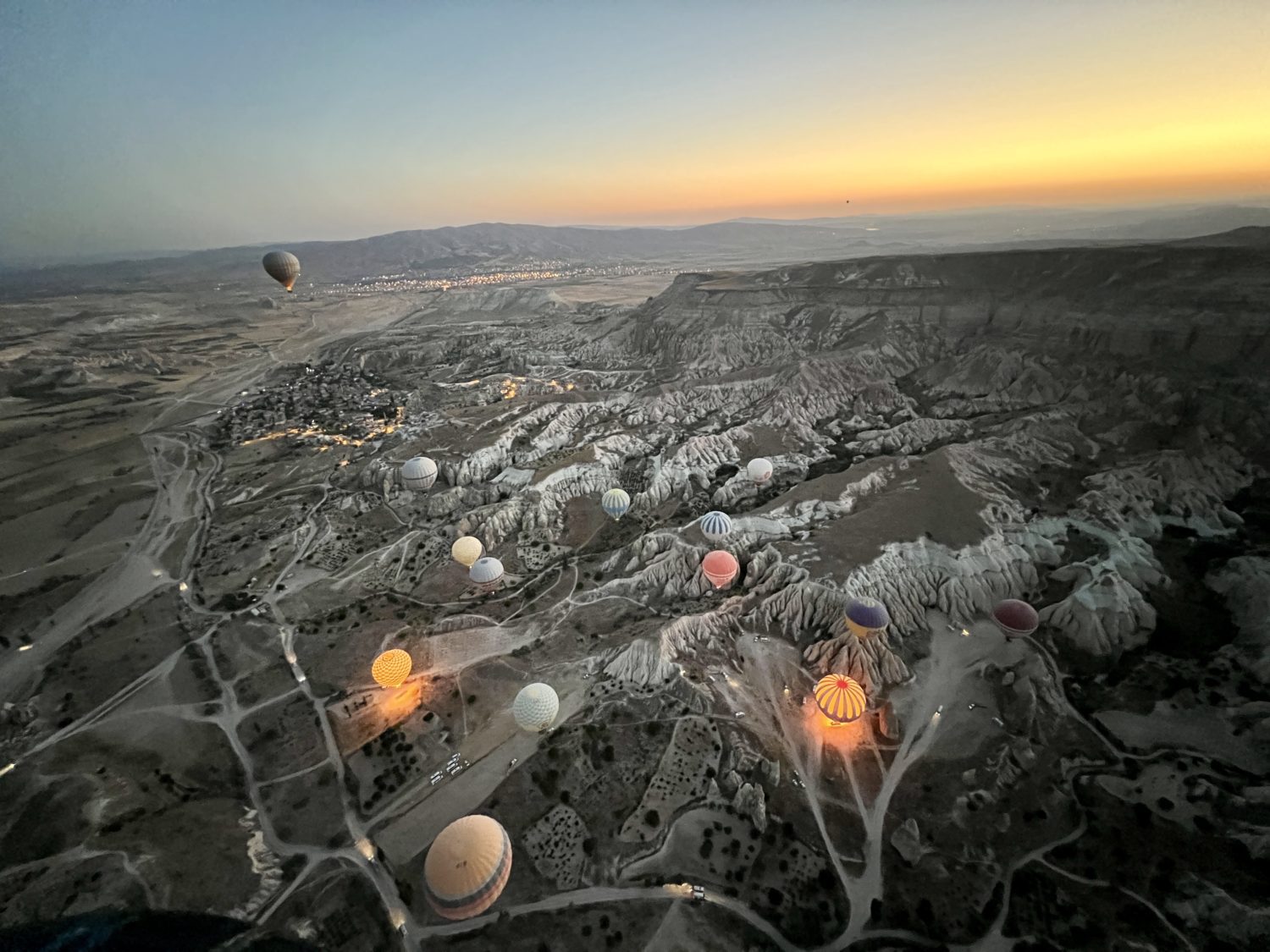 But more importantly, many balloon companies like Royal Balloon offer two or three tier options for their rides, each a bit more expensive than the last:

The baskets floating into the skies of Cappadocia are large and heavy duty, so there's no need to worry about safety with these numbers. But fewer passengers means more room in your compartment to move around, snap a few photos, and just an overall better experience.

At the very least, I'd recommend skipping the cheapest package and going for at least the mid-tier option with fewer passengers. Thanks to a complimentary upgrade for booking in advance online with Royal Balloon, we booked that 16-passenger ride for roughly $190 USD apiece.

Give Yourself Some Wiggle Room

On top of the amazing views of the sun, that's why most Cappadocia hot air balloon rides lift off before the sun, before wind speeds pick up. But that's also why you'll want to give yourself a buffer on your trip to Cappadocia. If you've booked just a single night and your morning flight gets canceled? Well, you're probably out of luck. 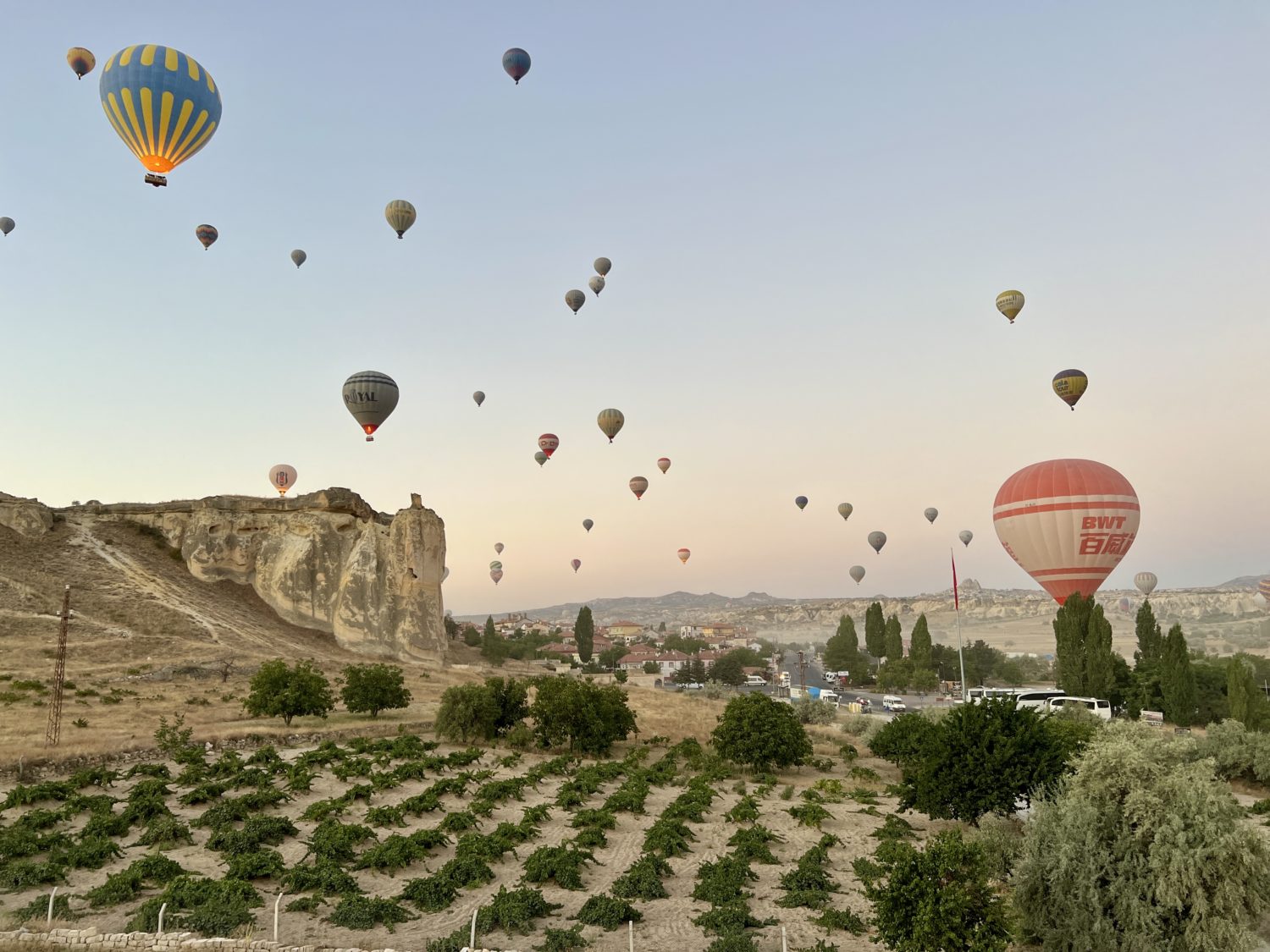 That's why I'd recommend staying at least three nights in Cappadocia. That way, you've got some backup options if your flight gets canceled. And by scheduling your hot air balloon ride on your first full morning in Cappadocia, you can maximize your chances of a successful ride – and even turn those early morning wake-ups caused by jet lag into a positive. 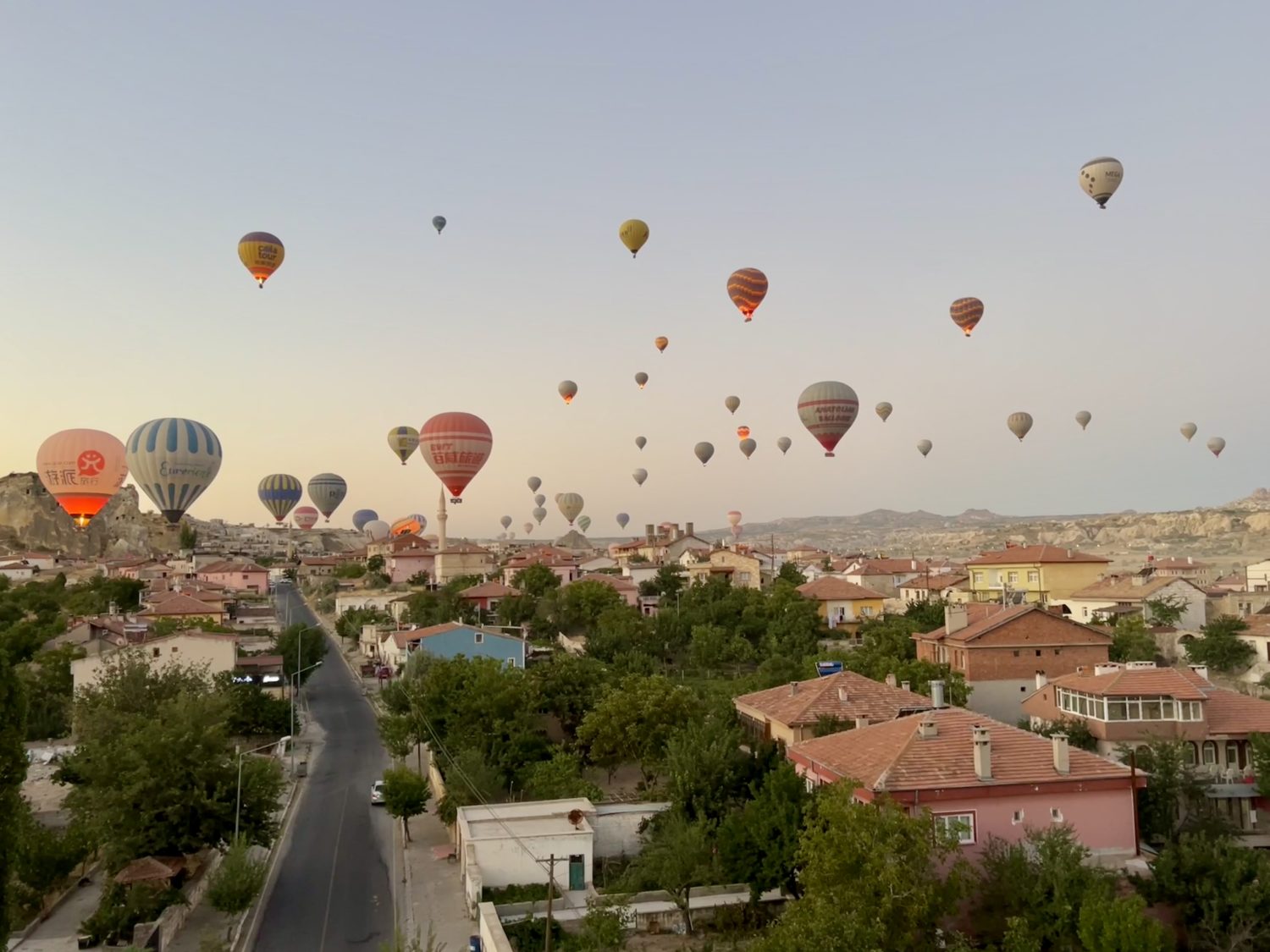 Wondering the best time of year? Balloons fly in Cappadocia year round – again, weather permitting. But our pilot told us September and October tend to have the best weather for a ride, followed by early spring.

A Word About Heights

I'm not afraid of heights. But I can't say I love looking down from far above, either.

Look, flying thousands of feet into the air with gas and flames roaring feet overhead is no small thing, no matter what. While I can't speak for anyone with full-blown acrophobia (fear of heights), I never once felt unsafe or scared, or even the least bit worried during our hour-plus ride. Even as we reached the peak of our ride at nearly 3,000 feet in the air, it was nothing but smiles and laughs. 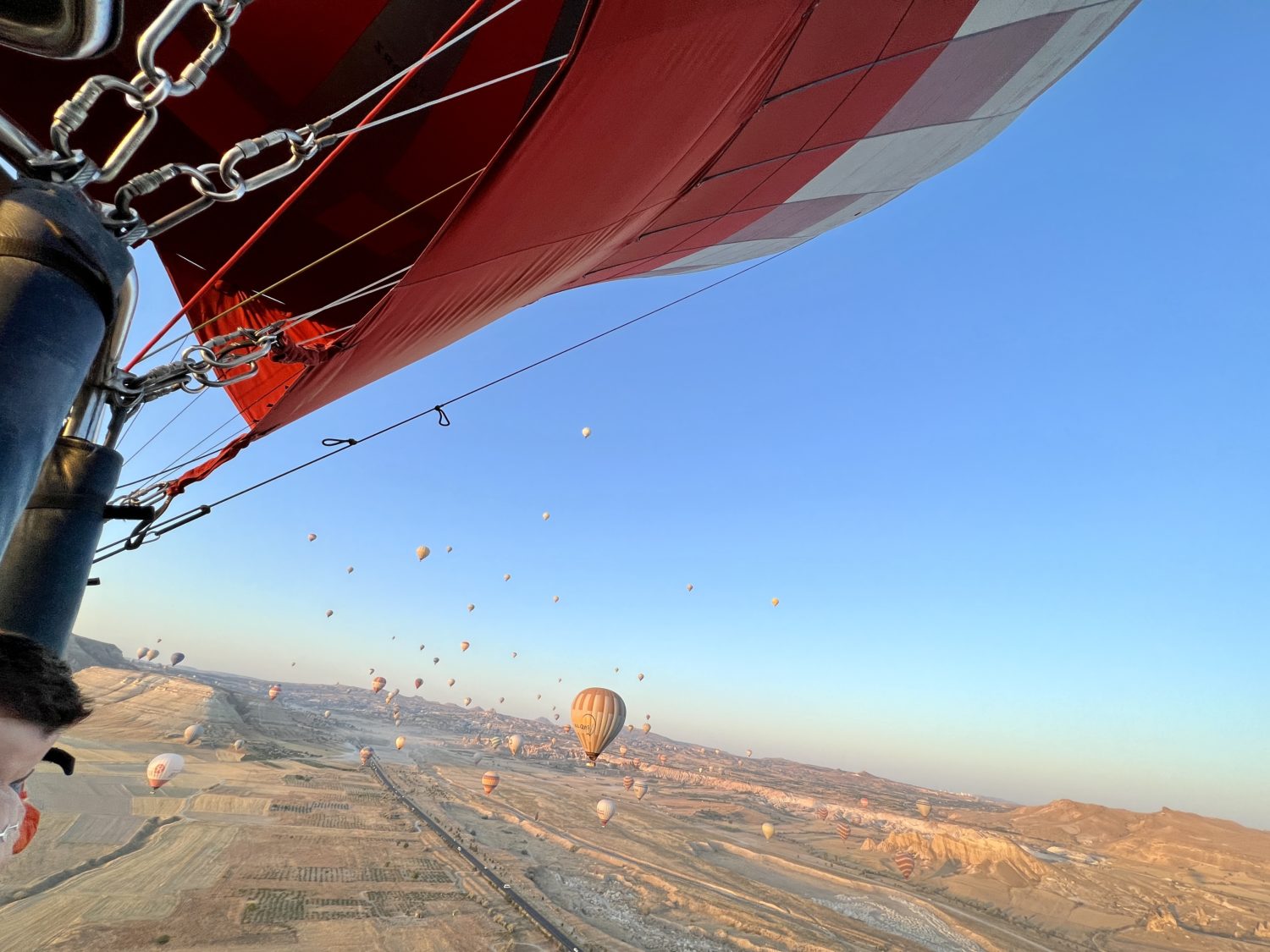 The baskets and balloons themselves are seriously heavy duty, operated by professionally trained pilots. From liftoff to landing, the basket felt completely stable and never the least bit shaky. The walls of the baskets are nearly four feet high, which gives you plenty of security while you're up in the air.

There are plenty of villages to pick from in Cappadocia, but I'd stay in Göreme again.

This is the epicenter of balloon rides in the region, where the vast majority take off each morning. That makes it a short morning ride to get up in the air … but also means the sky is positively filled with balloons by first light. 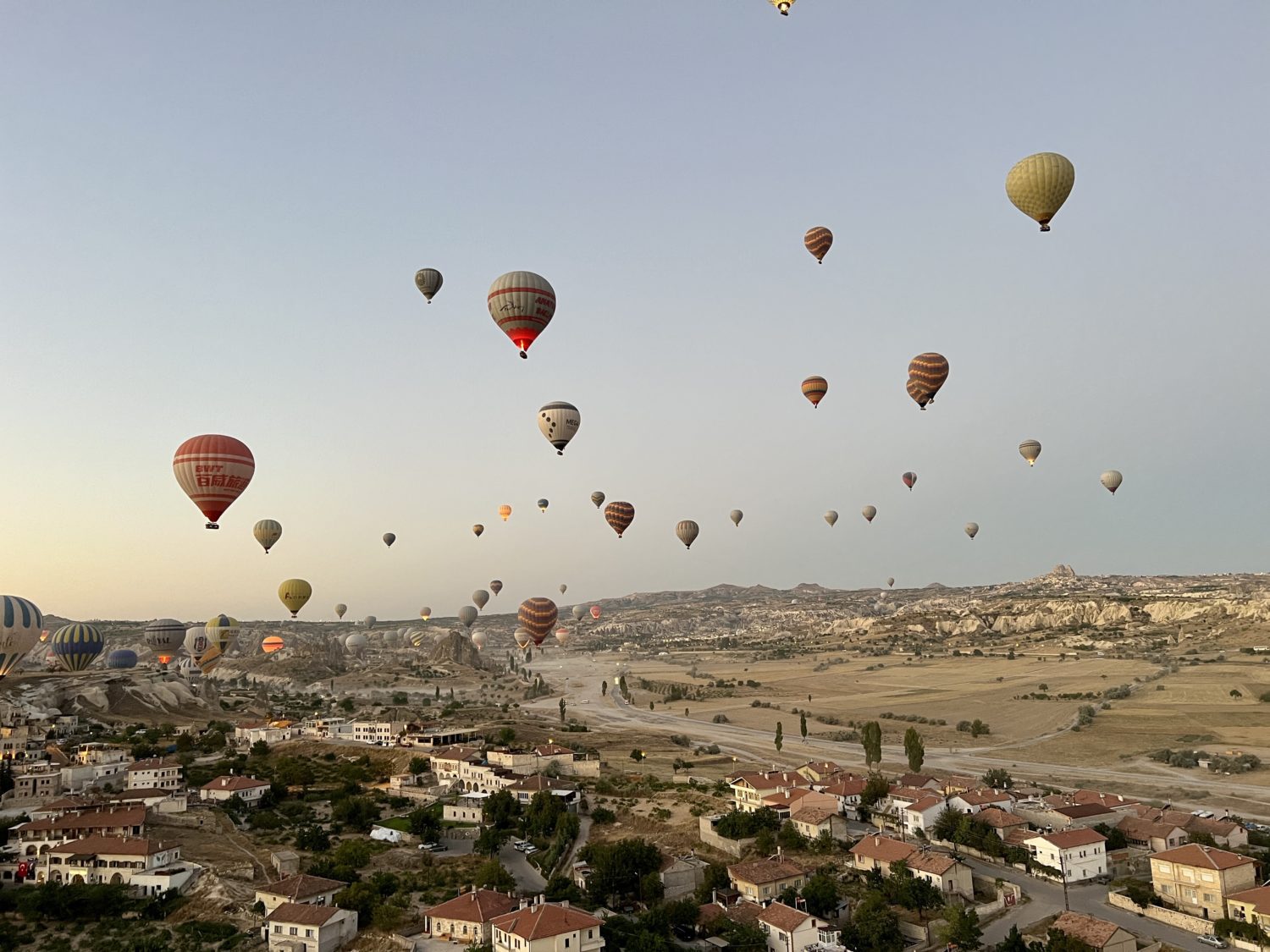 But even after your ride is done, you're in for a treat. The next morning, you get this view bright and early just out your door, as we did from Zara Cave Hotel. 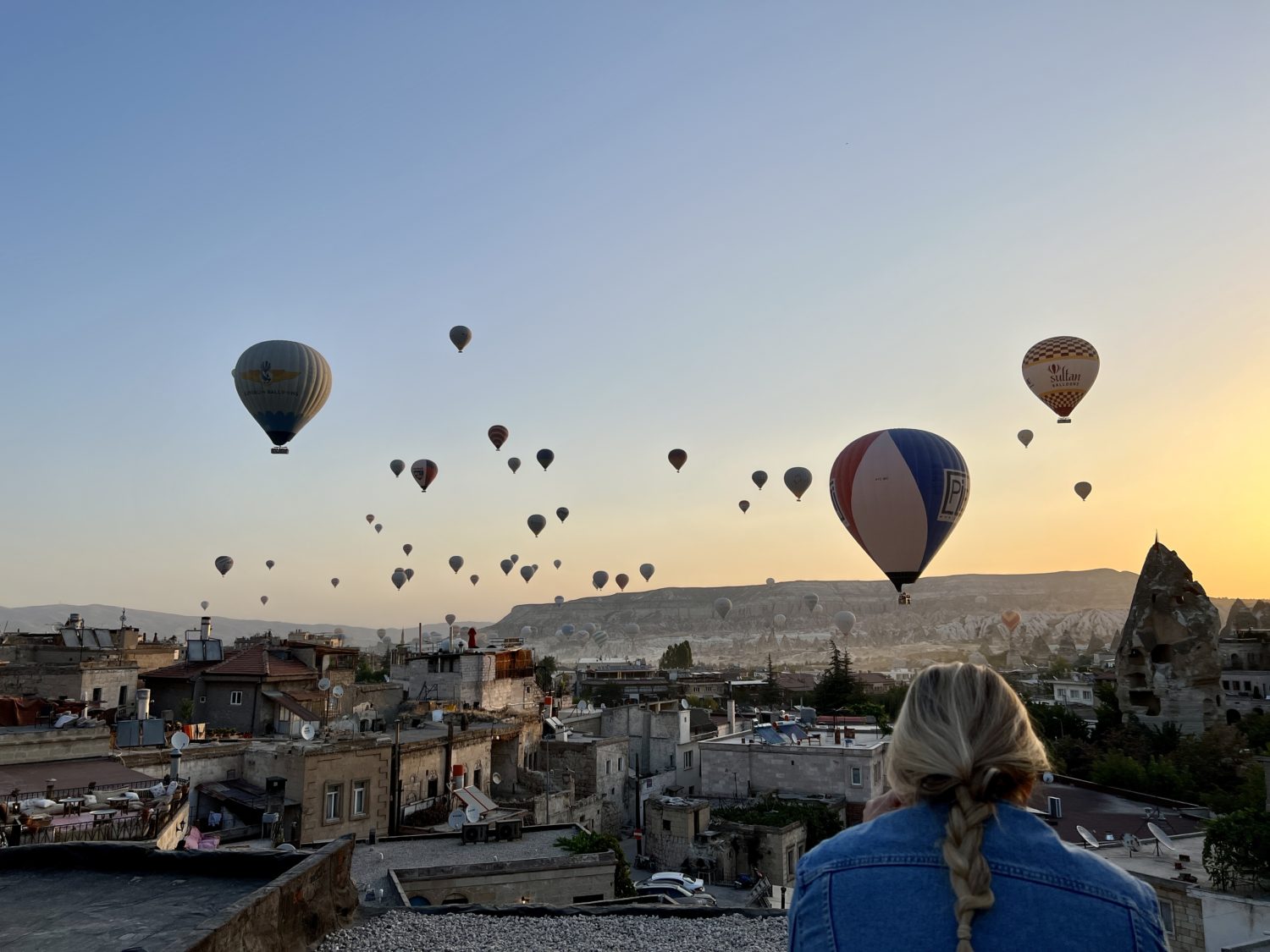 Nothing beats morning coffee with a view like this. 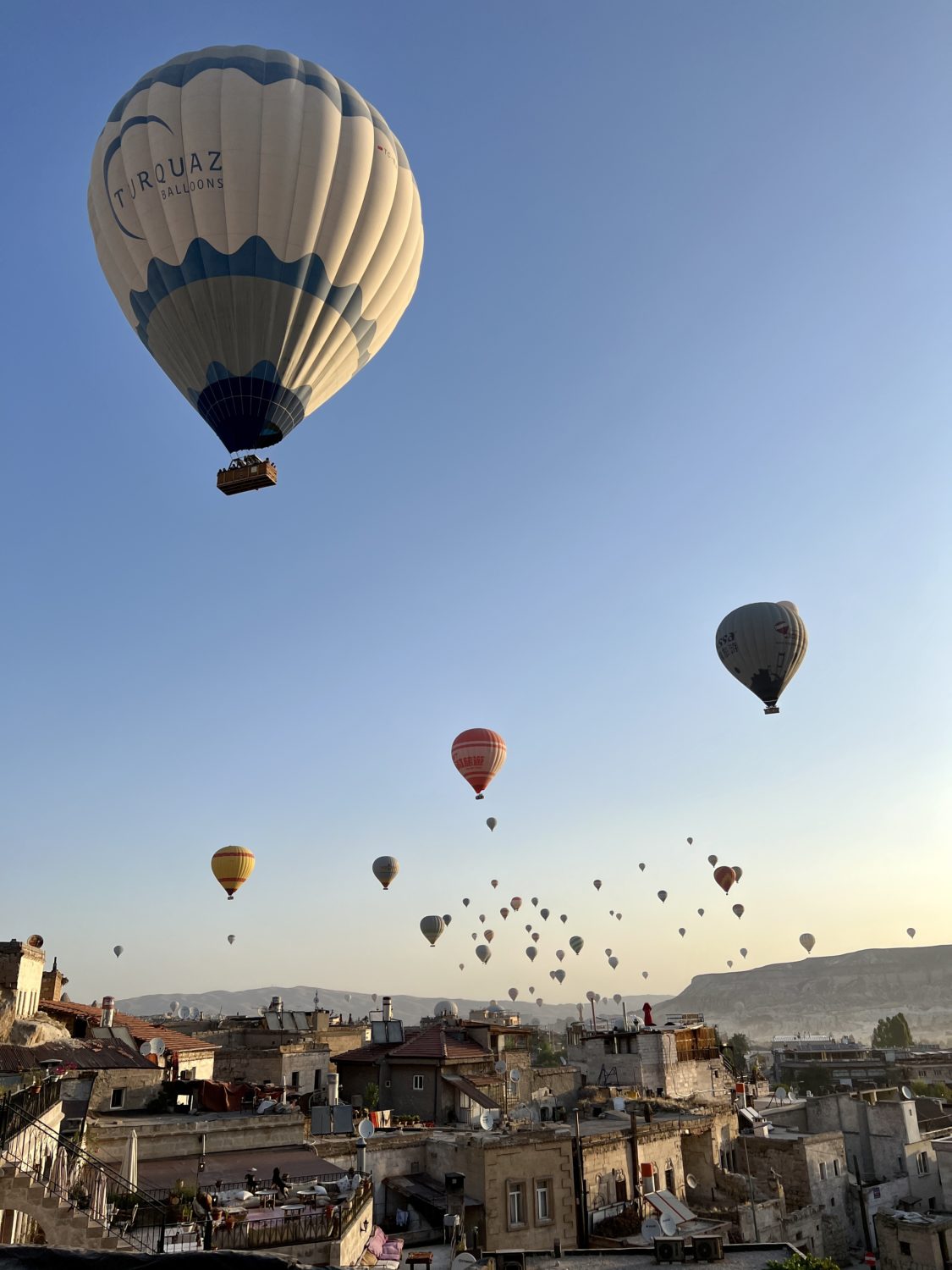 Göreme itself is a charming yet obviously touristy town, easy to cover by foot in just an hour or so. There are other attractions nearby like the Göreme Open Air Museum, Al Nazar Church, plenty of hiking and long walks, and almost as many ATV tour operators as there are hot air balloon companies in town.

We had a few favorite spots during our three-night stay in Göreme: 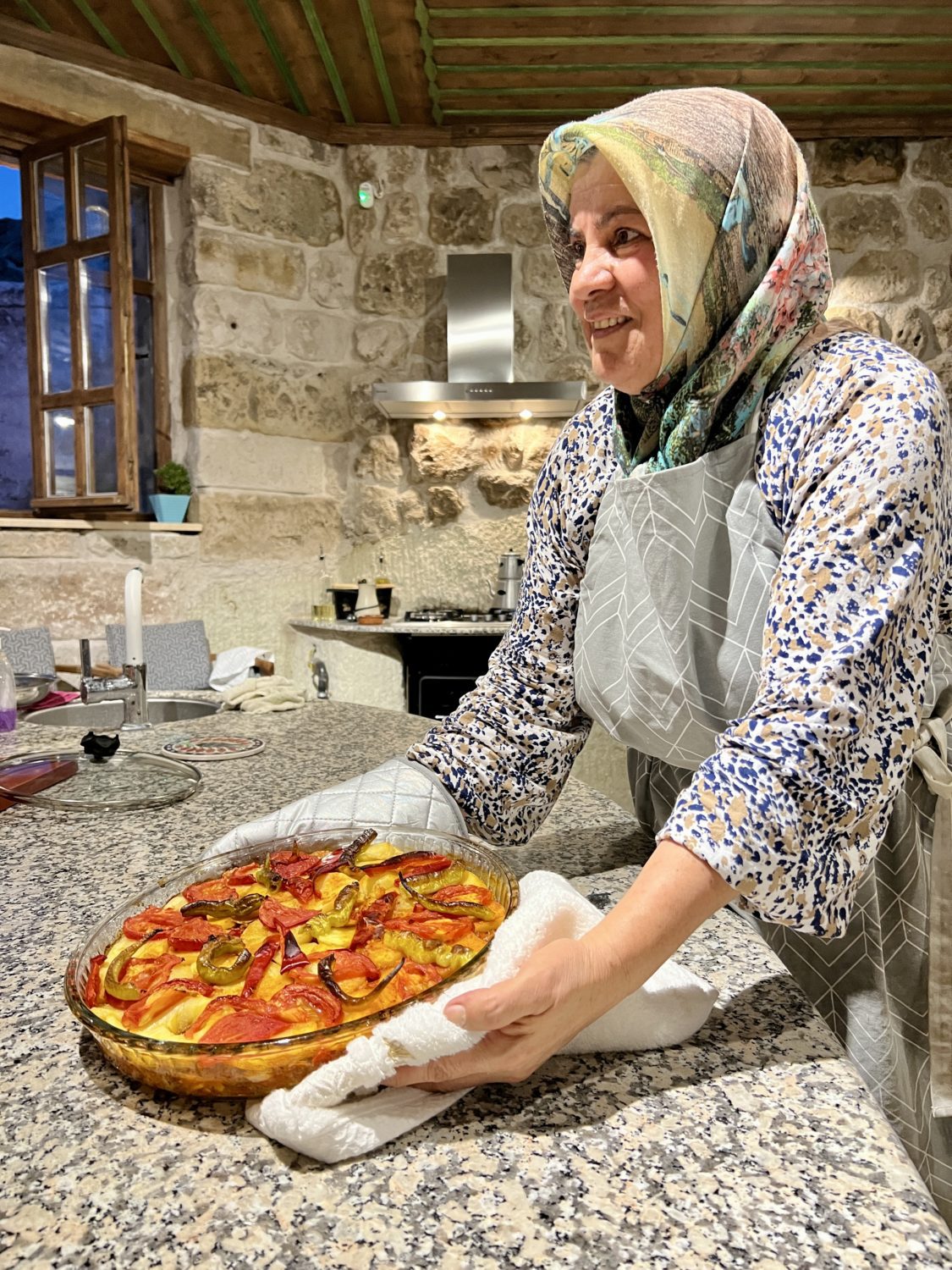 Not sure whether you should fly into Nevsehir (NAV) or Kayseri (ASR) for your trip to Cappadocia? Nevsehir is much closer to town – and often cheaper for ground transport to and from your hotel.

It's not just a cliche phrase: Photos can't do this justice.

I wasn't sure whether a hot air balloon ride in Cappadocia could live up to the expectations beyond being a magnet for influencers and Instagrammers. But it transcended them.

For an hour or more, we were lighter than air in a jaw-dropping setting. Checking this off our bucket list was worth every penny.

Huge shout out to Bailey from Whole Kitchen Sink, whose advice and pointers were invaluable in making our trip to Turkey (and this story!) possible.