Marriott to Purchase Starwood for $12.2 Billion
Skip to content

In a surprising turn of events, Marriott International is buying rival hotel chain Starwood for $12.2 billion in a deal that will result in the largest hotel chain in the world. The stock and cash deal, will add 50 percent more rooms to Marriott's portfolio, and help Marriott to better appeal to a younger audience. The purchase by Marriott is a huge surprise as many industry experts were anticipating a purchase by Hyatt or another firm.

The new company will have 5,500 properties with more than 1.1 million rooms around the world, uniting Starwood’s brands, which include Sheraton, Westin, W and St. Regis, with Marriott’s two dozen brands including Marriott’s Courtyard, Ritz-Carlton and Fairfield Inn. The deal is supposed to close in the middle of 2016, but I'll be honest I really hope it falls through 🙂 When I heard the news driving to work this morning I couldn't believe it. All I could do was scream out noooooooooooooo!! I am no fan of Marriott's lame program, and I fear what the future will bring for the Starwood Preferred Guest (SPG) program.

If you are a frequent Thrifty Traveler reader, you'll know that most of our points and miles strategy focuses on SPG, so it be very interesting to see how this all shakes out. Will SPG remain separate or will it be gobbled up by the larger Marriott program? The merger of the two companies will likely to result in a hybrid of both loyalty programs, but it is safe to say that in any type of merger, it is rarely good for the consumer.

My concerns are what will happen with the following:

I fear we will lose many of the features which make SPG such an incredibly valuable program. I also worry about American Express, which just lost Costco last year. Amex has really been struggling this year and the loss of SPG would be another large blow to the company. Less competition among hotels and credit cards is never a good thing for the consumer, and the continued consolidation in both industries does not bode well for the Thrifty Traveler. More details to follow! 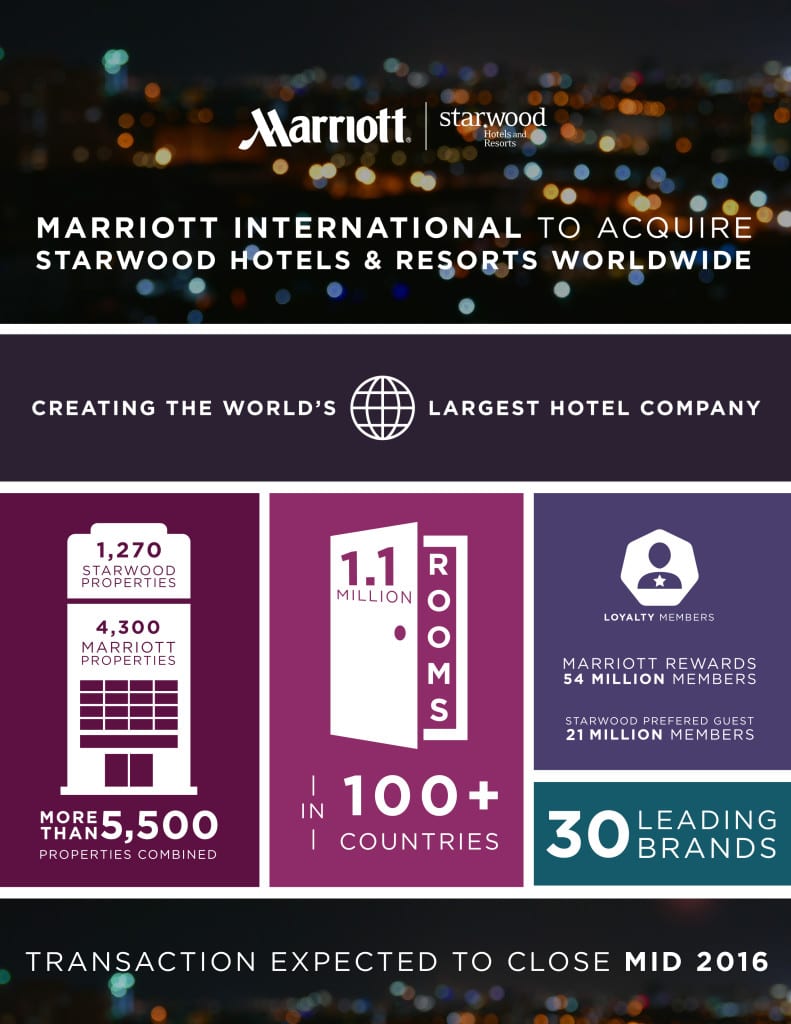