After revamping their hotel loyalty program earlier this year, Chase and IHG have finally rolled out some major changes to their portfolio of hotel credit cards. And in a rarity, it’s largely good news for anyone with an IHG card on their radar.

Back in January, IHG announced many updates to its loyalty program including an entirely new tier of status as well as a new structure for racking up more IHG points. At the time, the hotel chain behind properties from Holiday Inn to Intercontinental also spilled the beans on some upcoming(and shockingly good) improvements to their suite of credit cards like the Chase IHG® Rewards Premier Credit Card, the IHG® Rewards Traveler Credit Card, and even the rollout of a new IHG Premier Business Card.

That day has finally come. In exchange for a modest increase to the annual fee on the IHG® Rewards Premier Credit Card, they’ve added new money-saving benefits, bigger bonus categories to earn more points, and more flexibility to use free hotel night certificates. Plus, both the Premier Card and no-annual-fee IHG® Rewards Traveler Credit Card are out with bigger welcome bonuses.

Read on for everything you need to know about the latest on the Chase IHG credit cards.

Considering free nights start at 10,000 points and go as high as 70,000 nights for top-of-the-line Intercontinental properties, you have some great options to get a lot of value out of this bonus. Best of all, IHG offers a fourth-night free on award stays – book three nights using points and your fourth night on the same stay is free. That’s one night sooner than any other hotel chain with a similar benefit, helping you stretch these points even farther.

Starting for both new and existing cardmembers on March 24, the IHG Rewards Premier Card now earns bonus points in the following categories.

Those are some impressive additions that could sway you to continue using your IHG Rewards Premier Card on everyday spending.

This is a big one.

For years, IHG Anniversary Free Night certificates have been capped for properties costing 40,000 points. You get one of these certificates each year you renew your card, starting in year 2.

Overall, this is a very positive change – it makes IHG free night certificates much more flexible and valuable. Marriott made a similar change when they also announced their Bonvoy program is implementing dynamic pricing starting in March.

Up to $50 of United TravelBank Cash Each Calendar Year

This is a brand new card benefit, easily outweighing a slight increase to the annual fee.

IHG Rewards Premier cardholders can now link their United MileagePlus account and get up to $50 of United TravelBank cash each calendar year.

If you are not familiar, this is essentially a voucher that can be used towards any purchase with United Airlines. There is no spending threshold required to use it, so think of it as $50 free to put towards almost any United expense.

Starting in March 2022, cardmembers who spend $20,000 on purchases in a calendar year will get 10,000 bonus IHG Rewards points and a $100 statement credit. That statement credit alone essentially offsets the annual fee.

With the new benefits being added, the card’s annual fee has increased from $89 to $99 as of March 24. But only new applicants will pay that higher fee – existing cardholders won’t pay $99 a year until their next renewal date in 2023.

That $10 increase seems more than fair when you factor in the $50 United TravelBank cash, the added flexibility of the free night certificates.

Diamond Elite is IHG’s new status tier that would otherwise require staying 70 nights or earning 120,000 points. While $40,000 is a ton of spending to rack up in a year just in the pursuit of top hotel status, it could be worth it for some travelers. 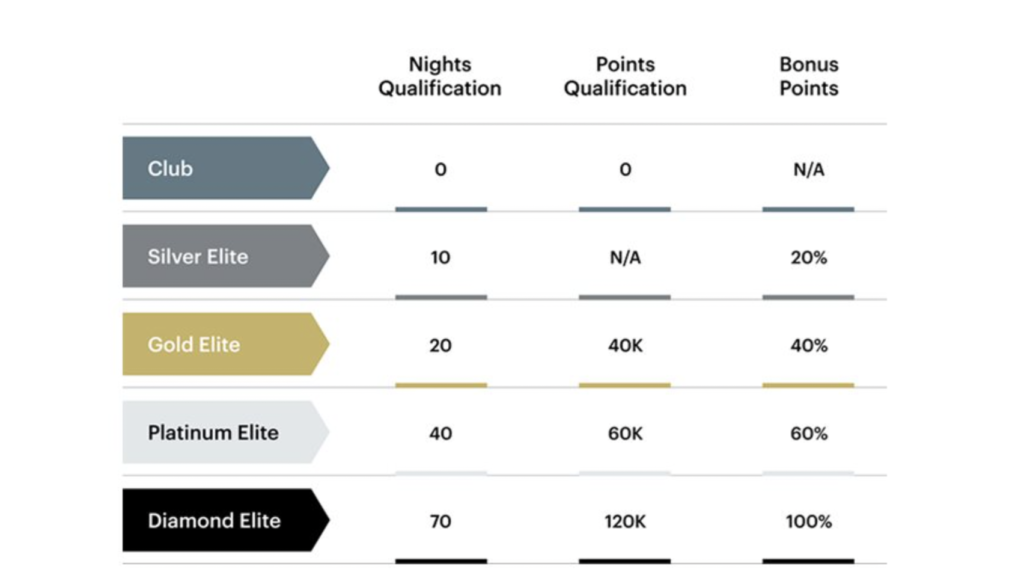 The card has a handful of existing benefits that aren’t going anywhere, including…

The IHG® Rewards Club Traveler Credit Card is the no annual fee card in the Chase IHG card portfolio. It’s gotten an overhaul as well – but luckily, the annual fee isn’t going anywhere.

You can now earn 120,000 IHG points after spending $2,000 within the first three months. That’s a sizable bonus for a hotel card with no annual fee.

Starting for both new and existing cardmembers as of March 24, the IHG Rewards Premier Card will now earn bonus points in the following categories:

Cardholders will get automatic Silver Elite status and can build up to Gold Elite status after spending $20,000 on purchases and making one additional purchase each calendar year, instead of receiving Elite Qualifying Points (EQPs) on purchases made with the card.

Starting in March, cardmembers who spend $10,000 on purchases in a calendar year will get 10,000 bonus IHG Rewards points.

The card has a handful of existing benefits that are not going away, including:

It’s not often that a credit card company or loyalty program hints at changes to a travel rewards card that wind up being good for travelers. But if you ask us, that’s clearly the case here.

Overall, these are positive changes to both cards – especially the Premier Card. Though annual fee increases are never fun, a $10 bump isn’t much. More importantly, that’s more than justified by the addition of a $50 United TravelBank credit, additional flexibility to use free night certificates, and more.

The increased spending category bonuses on both cards are nice, too – but not enough to sway me. At the end of the day, IHG points simply are not as valuable. I’d much rather earn 5x Amex Membership Rewards points per dollar on airfare by using The Platinum Card® from American Express over 5x IHG points per dollar with the Premier Card.

It’s important to note that Chase’s 5/24 rule does apply to these cards. If you have opened more than five credit cards from any bank (not just Chase) in the last 24 months, you will not be eligible for card approval.

Chase and IHG have added a slew of new perks and benefits to their top co-branded credit cards while also introducing a new business card.