Fares with Free Change, Cancellation Are Here to Stay ... For Now
Skip to content

Airlines have been hammered into submission by the coronavirus pandemic, forced into giving up on a consistent moneymaker: charging travelers to change or cancel a flight.

Major U.S. airlines – and many abroad, too – have granted travelers unprecedented flexibility to change or cancel upcoming trips, continually pushing the window for what flights can be changed free as far out as late 2020. They’re also trying to convince wary travelers to keep booking flights by offering free changes on new tickets for any future travel – and they’re constantly extending that deadline, too.

With all the uncertainty hanging over the world, this new flexibility won’t disappear anytime soon. As airlines stare down the possibility of an industry recovery that lasts not months but years, travel analysts and industry experts expect carriers to continue offering free change and cancellation on airfare.

“This is probably going to be the norm for the near future,” said Brett Snyder, an airline industry analyst who runs a travel concierge service and the blog Cranky Flier. “With uncertainty as high as it is, I think that the airlines are going to continue extending this for some period of time. I just don’t know what that will be.”

What Airlines Are Doing

Offering free change and cancellation is an uncomfortable place for airlines to be. Along with charging for checked bags, change fees have been a major windfall for U.S. airlines.

Airlines typically charge $200 to change a domestic trip – and often much more for altering an international flight. Those fees add up fast: U.S. airlines made more than $2.7 billion in change fees alone in 2018, according to data from the Bureau of Transportation Statistics. They’ll likely have made more in 2019 when the final numbers are tallied.

Southwest has long stood apart for allowing free change and cancellation to any and all fares, all the time. Major airlines have typically only relaxed change fees in targeted ways: during a massive storm or when a natural disaster strikes.

That’s how many airlines initially treated the coronavirus outbreak, offering free change and cancellation on flights to China, then South Korea and eventually Italy. But as the outbreak grew into a global pandemic, airlines quickly had to adjust to the new reality: No one wanted to get on an airplane. And no one wanted to buy tickets for future travel, either.

“They’ve just never dealt with one that was a disaster that covered the entire world before,” Snyder said. “This is really an extension of that strategy.” 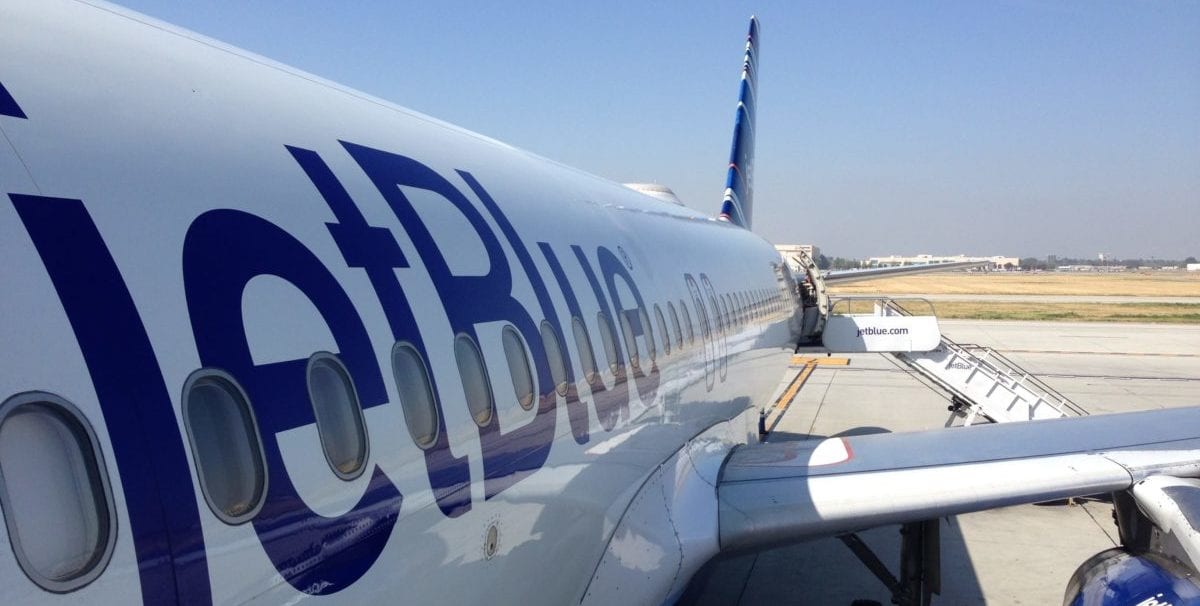 JetBlue was the first airline to axe fees, but only for new tickets – not for upcoming travel that was previously booked. It was a way to encourage travelers to continue booking flights despite the uncertainty of whether coronavirus may eventually derail their trip. One by one, its competitors followed suit.

“Southwest has been an outlier on fees, and now the rest of the industry is going that way for much-needed cash,” said Helane Becker, an airline industry analyst at Cowen & Company.

As the situation worsened across the world, airlines eventually relented and began allowing free changes to tickets they had already booked. First, just in March. Then, airlines expanded that window to April and out into May. Now, some airlines are allowing travelers to cancel flights scheduled as far out as December 2020.

Read more: How all major airlines are waiving change, cancellation fees due to coronavirus

While it’s a friendly move for consumers, there’s a financial reality for airlines: Airlines want to convince travelers to volunteer to change their plans in exchange for a voucher. Because once the airline itself cancels a flight, they owe travelers a refund.

“It’s a way for them to convince people to give up what they have and instead take a credit,” Snyder said. “It reduces their risk of having to give cash back.”

Read more: Why you shouldn’t cancel your flights (yet) due to coronavirus

And by drumming up whatever sales it can on future tickets with a more generous change policy, airlines are grasping for whatever revenue they can find in order to bankroll part of their growing tab for those refunds.

“In the short term we think airlines are trying to get cash in the door to offset some of the refunds they are giving,” Becker said. “Obviously, there is no demand for travel.”

With airfare prices low as far out as March 2021 and more flexibility than ever to change or cancel, are Americans buying?

Not really. At least not enough.

United has said its revenues in March were down by $100 million a day compared to 2019. In a letter to a group of U.S. senators earlier this month, JetBlue said it was taking in just $4 million in ticket sales daily – down from $22 million a day last year. And at the same time, the airline doled out $20 million or more a day in travel credits throughout March.

Still, these policies are one of the few ways airlines can convince any travelers to keep planning travel.

“Generally, airlines can stimulate demand by offering people low fares. In this case, however, no one knows when they’ll be able to get out of their homes to go anywhere other than the grocery store and the pharmacy, let alone to travel,” Becker said.

And these waivers could play a role in helping speed up a rebound as Americans try to plan their first getaway. After sending more cash out the door in refunds than it pulled in via ticket sales in March, Delta CEO Ed Bastian said Wednesday that “cash sales are now starting to equal the refunds going out the door.”

How Long Will Free Changes Last?

That means the ability to change or cancel a reservation (for a voucher) is likely to stick around for a while. Airlines will continue extending and extending for the foreseeable future. But for how long?

Delta provides an interesting case study: It’s regularly been the first among U.S. airlines to expand these waivers. And well before coronavirus upended the airline industry, top executives at Delta  had dropped hints at overhauling its change fee structure to be more lenient – without providing specifics. Still, Delta was noncommittal about the future of its fees.

“We certainly know that flexibility is important in uncertain times. As we’ve done throughout the COVID-19 crisis, we are continually evaluating and extending our policies and procedures,” a spokeswoman said in a statement.

Snyder is confident airlines will eventually begin charging change fees again, but only once there’s some predictability in how many passengers are flying and where airlines need to fly. But when those fees return, he said they might look different.

At Cowen, Becker said this new normal of flexibility with airfare will continue until travel normalizes. And that may be a while.

“We don’t see that changing until traffic starts to return, which we think will be 2021.”