Want Cheap Flights To Las Vegas? How to Find Fares For $100 RT (Or Less!)
Skip to content
This post contains references to products from one or more of our advertisers. We may receive compensation when you click on links to those products. The content on this page is accurate as of the posting date; however, some of the offers mentioned may have expired. For more information check out our Advertising Disclosure.

America’s Playground, The City of Lights, The City of Lost Wages. The Gambling and Entertainment Capital of the World, or Sin City.

Yes, Las Vegas. Some love it, some hate it, and many experience both emotions simultaneously but can’t explain why they keep going back. It’s the city with something for everyone, whether you’re a gambler, a foodie, or an outdoors aficionado who wants to make a road trip out to amazing national parks.

But no matter your motivation, you need to first find cheap flights to Las Vegas (LAS). It’s not always a slam dunk, but the right strategies and tools can help you easily snag a bargain to fly to Vegas. Over the last two years, we’ve seen roundtrip airfare to Las Vegas drop to unthinkably cheap prices – for travel all the way through July 2022.

Whenever you’re ready to visit, here’s your guide to booking cheap flights to Las Vegas.

How to Find Cheap Flights to Las Vegas

After major metropolitan hubs like New York, Los Angeles, or Washington, D.C., Las Vegas has among the most flight options of any airport in the country. And that’s a recipe for cheap flights.

More than two dozen airlines fly in and out of Las Vegas (LAS) McCarran International airport, with direct flights to more than 100 cities in the U.S. and abroad. Budget airlines like Allegiant, Spirit, Frontier, and Sun Country are big players when it comes to flying to Las Vegas. 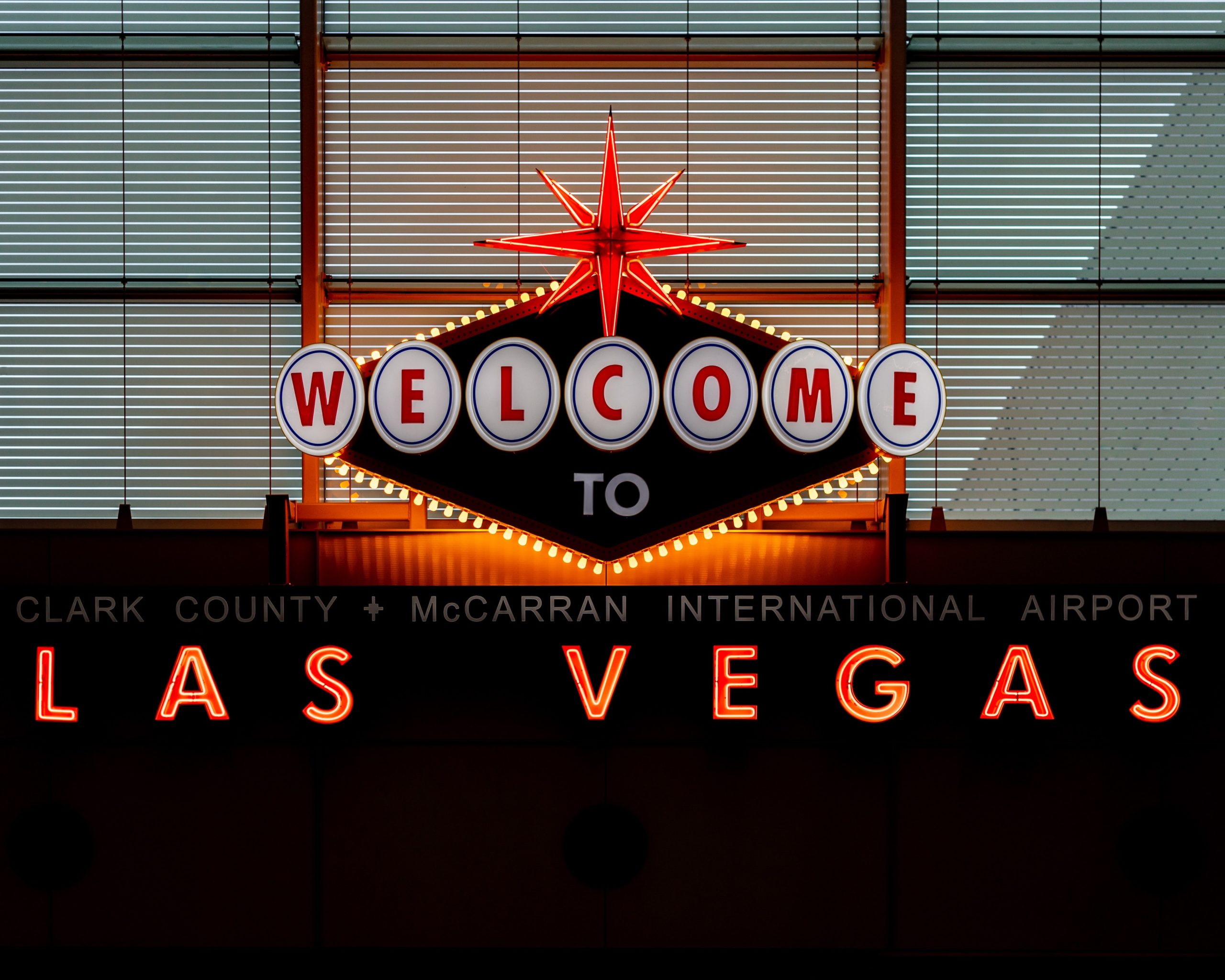 But it doesn’t matter if you’re not interested in flying a no-frills, ultra-low-cost carrier to Las Vegas. No matter what, that competition helps keep fares into the city low. How low? Well, we’ll show you that soon.

Las Vegas may be a place unlike any other, but the rules governing how to find cheap flights still apply when it comes to flying to Sin City. Here’s how you can be sure to snag a cheap fare: Want to stay in Las Vegas for cheaper, too? If room rates are expensive, check our guide with the best Las Vegas properties you can book free using points!

How Cheap is Cheap?

“What’s a deal and what’s not? Am I really scoring cheap flights to Las Vegas?”

That’s the $1 million question when it comes to booking any airfare: What’s the standard price? That bar is always shifting with flights into Las Vegas (LAS), especially depending upon where you live – airfare is constantly changing. But we’ve got good news: It’s been going down lately.

Not too long ago, a roundtrip flight under $300 dollars seemed like a deal to Las Vegas. Lately, somewhere around $200 has become closer to the norm for most airports across the country.

But when we recently alerted our Thrifty Traveler Premium members about fares under $100 available across the country, jaws dropped. Jackpot.

Even as travel picked back up in 2021, airlines continue to battle for your business. Slashing airfare on popular leisure destinations seems to be their main focus – and Las Vegas is one of the few domestic destinations accepting travelers with open arms throughout much of the pandemic. Business travelers used to be a reliable source of revenue for airlines (especially to Vegas), but that group remains mostly idle. That’s a recipe for cheap flights to Las Vegas.

Scan the list of cities available in this deal from earlier this year, and you’ll see it’s not just the massive hubs that can score a great deal on flights to Vegas. Even residents of Omaha (OMA) and Des Moines (DSM) could get to Sin City for well under $200 roundtrip.

American Airlines and United have pushed it even further by pricing most of their domestic fares as Main Cabin economy, allowing travelers to skip pesky basic economy fares. Rather than paying an extra $70 to pick your seat and bring a carry-on bag, that’s included in the price of many of these fares.

And these deals are not just regional, short flights to Las Vegas and back. The pricing we’re seeing from beyond the Lower 48 is just as remarkable. Flights from Hawaii and Alaska to Sin City are in the $200s. Even flights from Puerto Rico and the U.S. Virgin Islands are regularly less than $300!

Want these flight deals delivered straight to you? Give Thrifty Traveler Premium a try for $7.99 a month!

Save Your Cash, Use Your Miles

Want to save your hard-earned cash for entertainment or hotels? Put your airline miles to use. With hundreds of routes in and out of Vegas, Southwest is another smart option. And don’t forget about Southwest’s generous two free bags checked with any flight (yes that includes golf clubs). Cash rates may be cheap, but you can also use Southwest Rapid Rewards points to score a massive bargain.

If you don’t have any points in your account, keep in mind you can transfer points to Southwest from Chase Ultimate Rewards with cards like the Chase Sapphire Preferred® Card.

There’s no easier way to book free airfare than booking flights through the Chase travel portal.

Whether you’re looking to head for Las Vegas in the near future or not until later in 2022, it’s one of the best times to book future travel. Scoring cheap flights to Las Vegas isn’t hard.